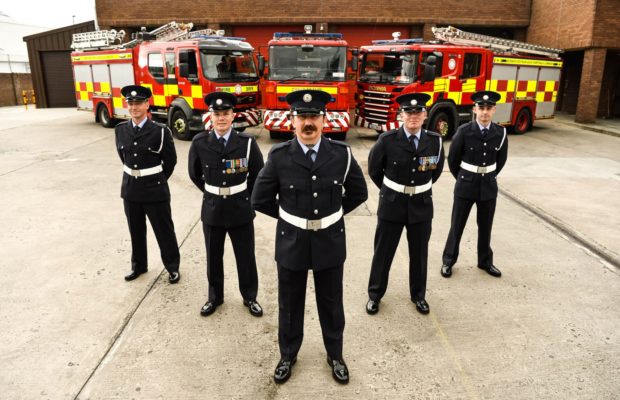 Five new recruits have joined the ranks of Limerick Fire and Emergency Services following their official passing out parade in Mulgrave Street Station this afternoon, on Friday, May 31. The ceremony is the culmination of 15 weeks of intensive training and drills for Class 1 of 2019.

The five new recruits are full-time firefighters and will be based in Mulgrave Street.  They will be assigned to their ‘Watch’ following the ceremony.

Michael Fitzgerald, Ian Jones, Tarlach Kelly, James O’Dea and Kevin O’Riordan were selected for training following a tough recruitment process which included physical and mental tests and interviews. Over their 15-week training schedule, the new recruits have been involved in training for every eventuality, which might occur while they are on duty.

Led by Course Director Paul McMahon the recruits have honed their skills in a series of training drills designed to test the resolve of the recruits. Special training also took place in the Fire Service College in Moreton-in-Marsh in England, which is one of the world’s leading training colleges for firefighters.

There they participated in training disciplines with other fire services from Britain.

Their training began in February with an introductory week in Limerick before attending the UK Fire Service College to complete eight weeks of basic training. They learned the basic skills required of firefighting and also the use of Breathing Apparatus and dealing with Road Traffic Collisions in Moreton-in-Marsh before returning to Limerick for the last six weeks to learn the skills of some of the specialist operations carried out by Limerick Fire & Rescue Service such as medical training, the safe operation of their FireSwift boat on the River Shannon and how to deal with hazardous chemicals. 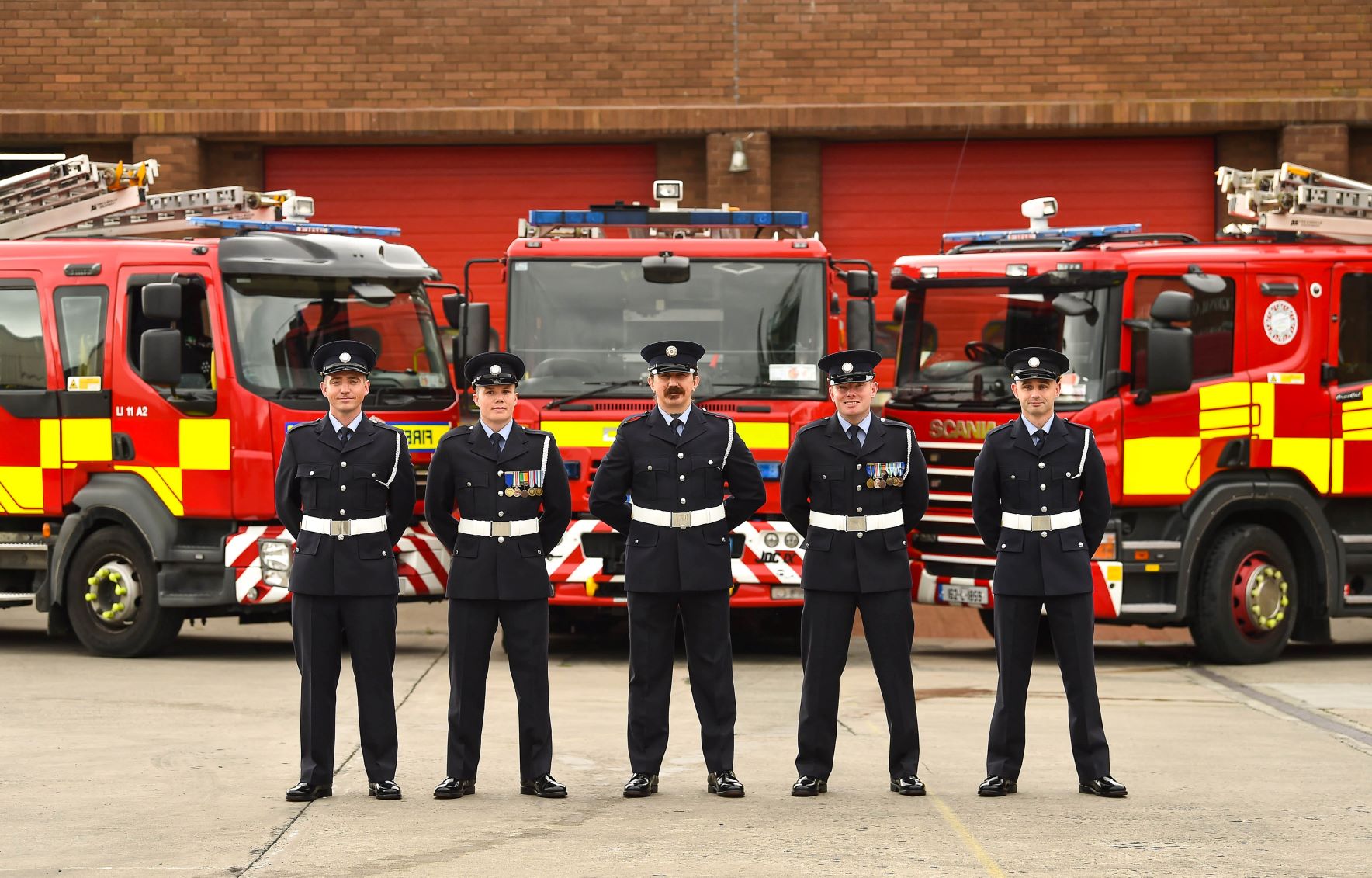 Today’s passing out parade will see the five new firefighters demonstrate their skills in a series of drills designed to showcase how they will deal with a number of incidents and also highlight that they are also a disciplined uniform service.

Attending the passing out parade Cllr James Collins, Mayor of the City and County of Limerick, said, “Congratulations to the new recruits who will be joining the ranks of Limerick Fire and Emergency Services and I wish you all the very best in your future careers. You will be providing a very important service for the people of Limerick city and county, one where you will be experiencing peril as you carry out your duties.  On behalf of the people of Limerick, I would like to thank you most sincerely for the work you do day in day out for those who are in the middle of life-altering situations.”

Michael Ryan, Chief Fire Officer with Limerick Fire and Emergency Services, said, “I would like to offer our gratitude to all the instructors from both the UK Fire Service College and our own brigade instructors for working so hard in preparing for and delivering the training that has brought the firefighters to the high standard they have now reached. Limerick Fire and Emergency Services are proud of their traditions and standards.  We also value greatly the quality of our training.  Today, you will see the fruits of this endeavour in the quality and professionalism of each one of our five new recruits.”

“Limerick Fire and Emergency Services have been providing services for nearly 150 years.  The history of our service is interwoven with the history of Limerick itself and throughout that time the Fire Service has been serving the city, and we hope that we are held in high regard by the citizens we serve,” he added.