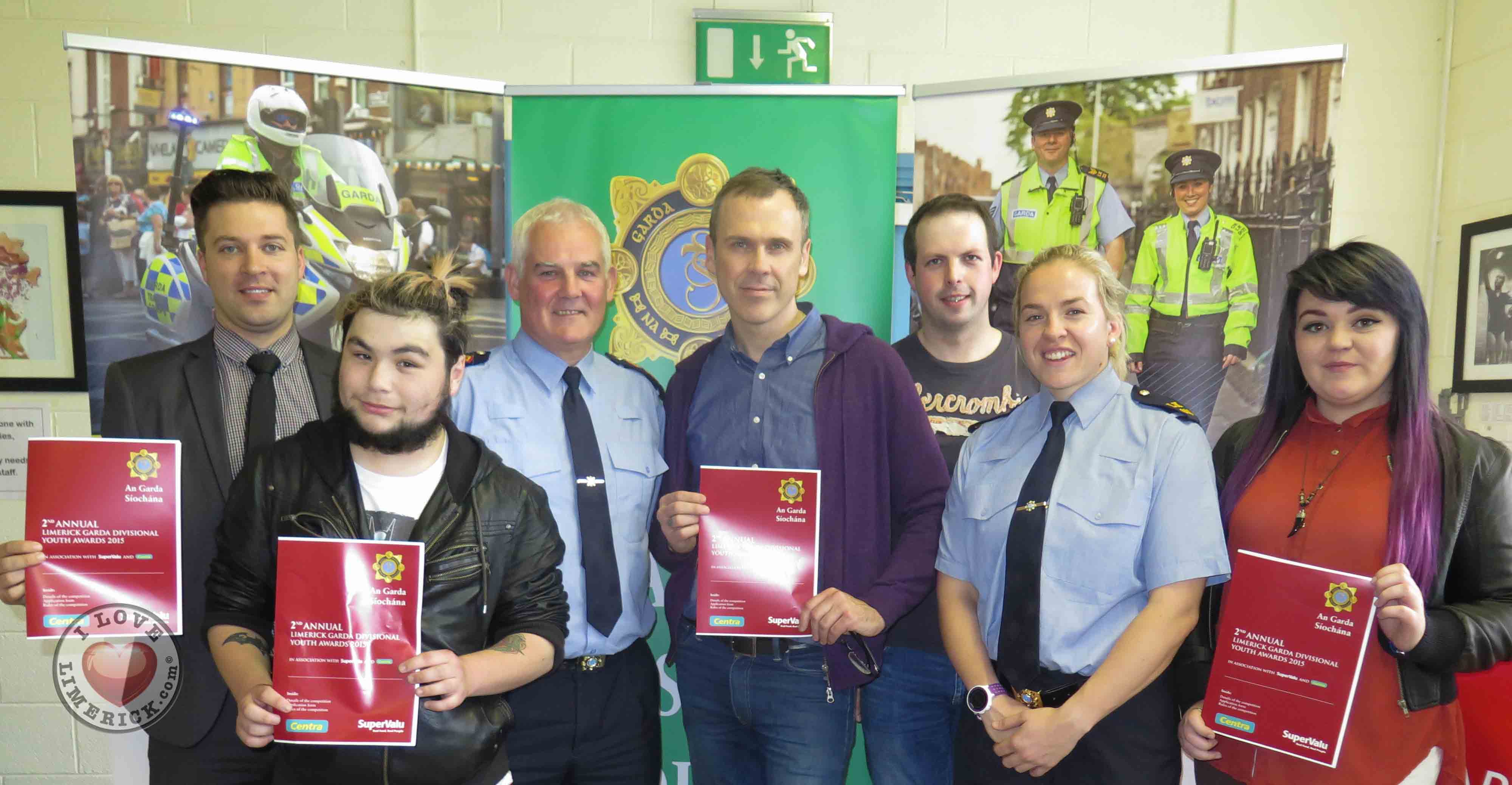 Limerick Gardaí, in association with Garvey’s SuperValu in Corbally and Centra in Newcastle West, are pleased to announce that they will present the second Annual Limerick Garda Divisional Youth Awards, celebrating outstanding young people between the ages of 14 – 19 in both Limerick City & County.

An Garda Síochána recognise that a lot of good work is being done by young people in every community in Limerick and awards will be considered for nominated young people who, by their presence, make their communities a better place in which to live. There will be eight awards on the night, with four overall winners, with one award winner from each of the four Garda districts within the Limerick division; Bruff, Newcastle West, Henry Street and Roxboro Road.

Superintendent Dave Sheahan said at the launch of this year’s awards which took place at Limerick Youth Service, “It never ceases to amaze me what youth can do in our community. Our aim now is to make sure that there is no young person out there, who has done something extraordinary, who goes unrecognised. We’re asking to get the message out there to all the Limerick communities in the city and the county, that we are looking for nominations.”

Niamh Briggs, Captain of the Irish Women’s rugby team and Limerick-based Garda, says that the awards bring a sense of positivity to Limerick and its youth, “I think it’s great that we get to reward young people for good behaviour and for something really cool that they’ve done. This year we’re hoping to get more groups involved and to just keep on expanding.” Niamh said.

To recognise and celebrate these achievements, the Limerick Garda Youth Awards for 2015 will be presented at a gala dinner in the Woodlands House Hotel on Thursday, November 26th. All young people nominated for an award will receive a certificate recognising their nomination.

Andy Yu, a member of the Limerick Youth Service’s ‘Express Yourself’ programme, attended the launch and said, “I think these awards are definitely a positive thing for Limerick. I feel that it is always positive when there is focus on youth-based organisations and youth groups.”

As much information as possible should be supplied by nominators in respect of nominees and why you think they deserve an award. A co-nominator is required for each nominee. The deadline for nominations is Friday, October 30th, and application forms must be submitted to Juvenile Liaison Office, Mayorstone Garda Station, Limerick, or to your local Garda Station.

Further information can be acquired from the Juvenile Liaison Office Mayorstone Garda Station, Limerick at 061 456986.

Photos for I Love Limerick. All Rights Reserved.