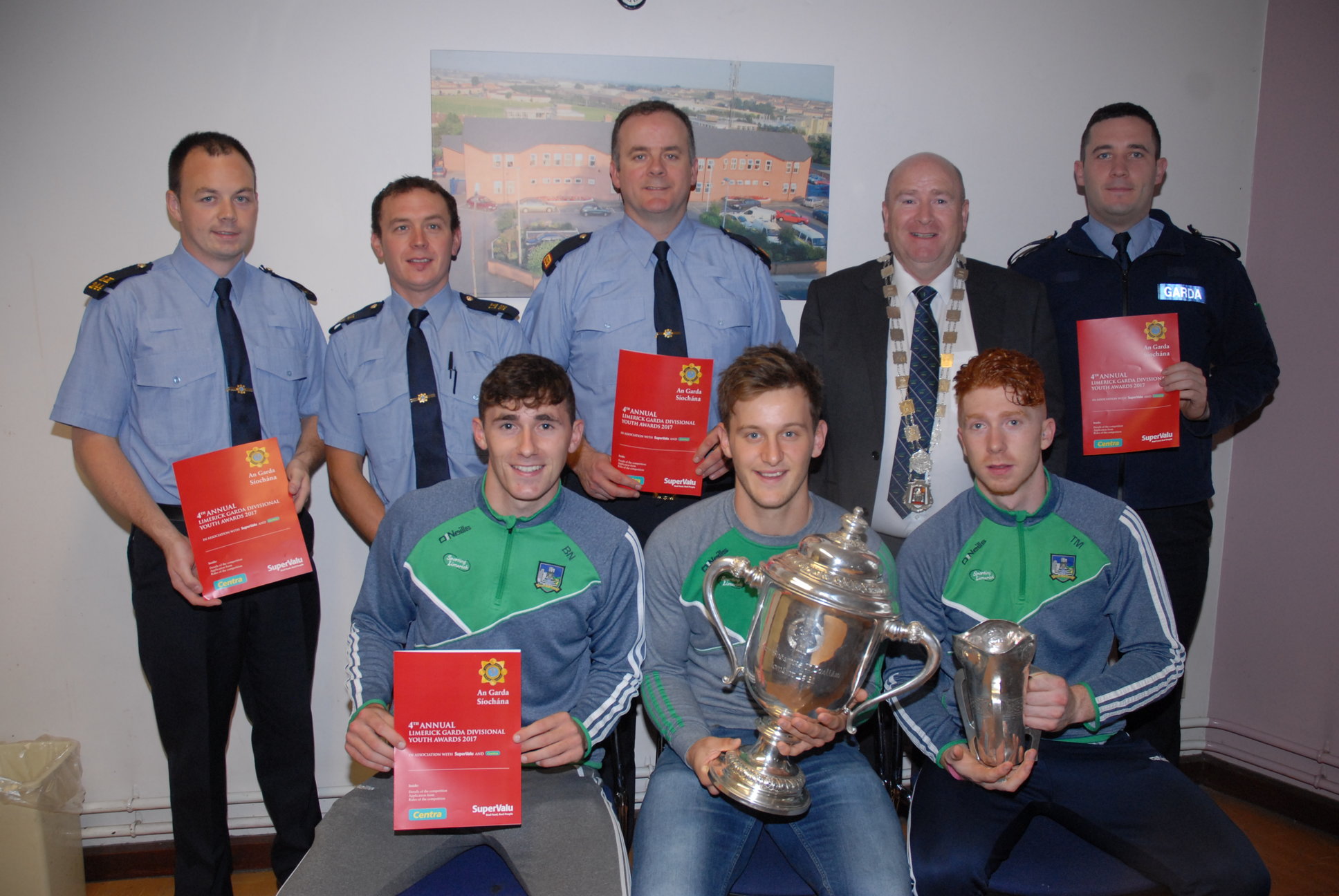 The 4th Annual Limerick Garda Divisional Youth Awards 2017 have been launched with the help of members of the victorious Limerick Under 21 hurling team and Metropolitan Mayor Cllr. Sean Lynch.

The awards in association with Garveys Supervalu Corbally and Centra Newcastle West recognise the positive work and commitment of young people in every community in Limerick and who by their presence make their communities a better place to live in.

Young people between the age of 14 years and 19 years living within the Limerick Garda Division will be eligible for a nomination to receive an award.

Launching this year’s awards, Sergeant Seamus O’Neill said, “We’ve had three very successful years with our awards, but they depend on as many people as we can get the message out to, that these awards are for young people between the ages of 14-19, living within the Limerick Garda Division.”

Over the past three years, young people from all over Limerick city and county have been honoured for the vast and varied ways they have shown commitment to their local communities.

Nominations are now open.  Inspector Kennedy, speaking at the launch, appealed to schools, youth clubs, all types of sports and activities clubs and individuals to help recognise the great work and achievements of young people by nominating them for one of these prestigious awards.

There will be eight awards with at least one winner each coming from each of the four Garda districts within the Limerick division. Individuals or groups can be nominated.

The presentation to the award winners will take place at a gala dinner in the Woodlands House Hotel, Adare, Co. Limerick on Thursday, November 23 at 8pm.

The closing date for receipt of nominations is Friday 27th October 2017.

Application forms are available from Garda stations within the division, from the Juvenile Liaison Office, Mayorstone Garda Station, Tel.  061 456986 or they can be downloaded from the garda.ie website.