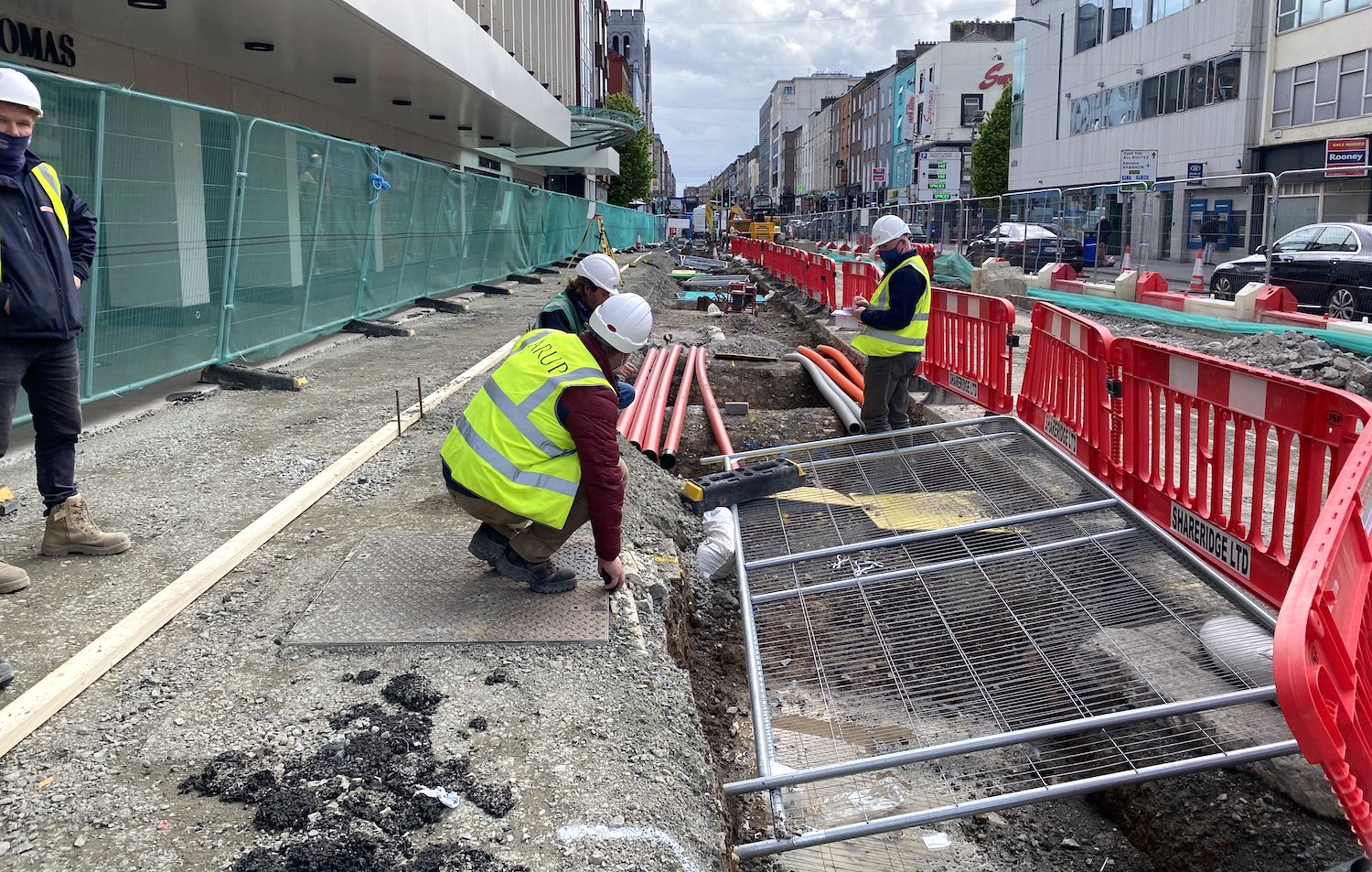 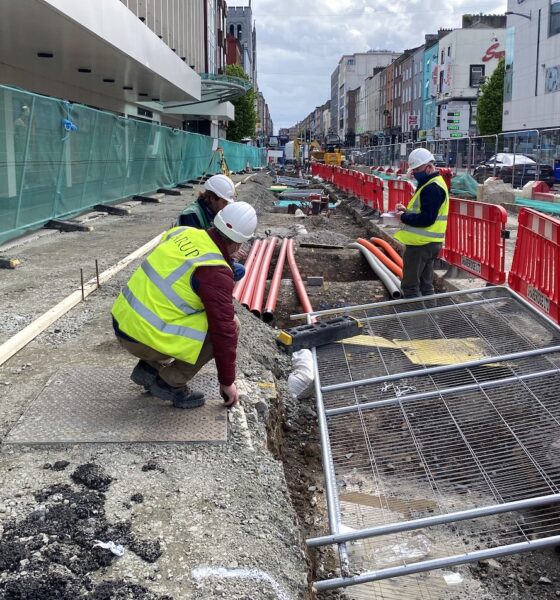 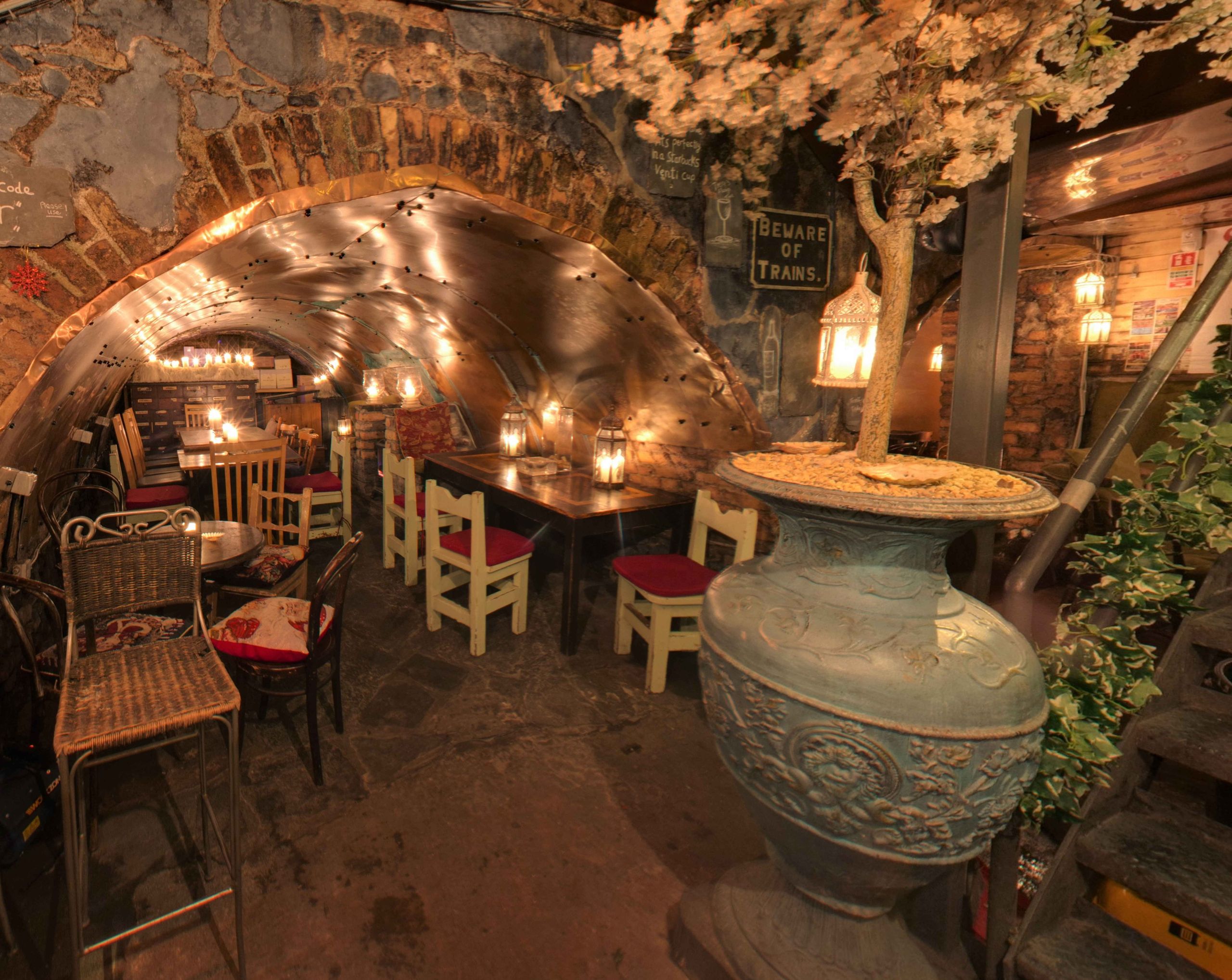 There is debate amongst the citizens of Limerick as to what should happen with the recently uncovered underground Limerick Georgian cellars during works on the O’Connell Street Revitalisation project. The 250-year-old structures are now visible below a section of road outside Brown Thomas in the city.

In June 2011, there was great concern among the public that Limerick City Centre’s “unseen heritage” was in danger of being lost due to road works. Outrage was expressed at the decision to fill a series of 18th century Georgian cellars with concrete on Limerick’s William Street, Thomas Street and Bedford Row. According to Vincent Murray, former senior engineer with Limerick City Council at the time, the cellars were made to support the weight of horses and carts in the 18th century and not the heavy modern vehicles of today and so the 250-year-old Georgian caverns were decommissioned and filled due to safety concerns. Sean Griffin, a leading member of a local awareness group and an ex-councillor exclaimed that Limerick City Council were operating without any expertise on the matter, claiming that until the issue was resolved, we would continue to lose our heritage. Locals did not want O’Connell Street to have the same fate and fear a decade later that it will.

Peter Carroll, senior lecturer in Architecture at UL and from Corbally, Limerick understands the challenges that the council faces and believes that other solutions can be found for the rest of the extensive range of underground Limerick Georgian cellars in the city.

The underground cellars are very extensive, starting from the very beginnings of Georgian Limerick from Bank Place where the Hunt Museum is then all the way back to the Crescent and then the perpendicular direction from Parnell Street at the highest point down to the lowest point which is River Shannon. The entire city has a whole basement cellar layout.

Peter has been fascinated by this underground city and has studied it and drawn it in many ways for the last fifteen to twenty years since he has been teaching in UL. He said, “When you do see it opened up, it is almost like a wound, there is something very visceral about a cut into the ground and particularly when it reveals the muscles of the city.”

Limerick’s Georgian buildings were built one story up from the bedrock and this prevented dampness from rising up through the buildings as it couldn’t rise past this first underground floor after construction. So underneath the city is a hidden subterranean floor that is hidden from view. Peter describes the cellars as vital to the city by giving it the ability to be able to absorb flood. He said, “you never see O’Connell street flooded and generally any flooding happens on the lower levels so there is a natural ability and intelligence to this raised deck that slopes from a very high point up in Parnell street right down to the River Shannon and similarly from the Crescent right down to Bank Place outside the Hunt Museum. So, there is this big trapezoidal plane that allows for any rainwater to run naturally towards the river. It’s a very intelligent drainage system. My concern as an architect is seeing destructive work happen.”

Peter believes there are other solutions rather than filling the cellars up with concrete. He said, “The cellars can be 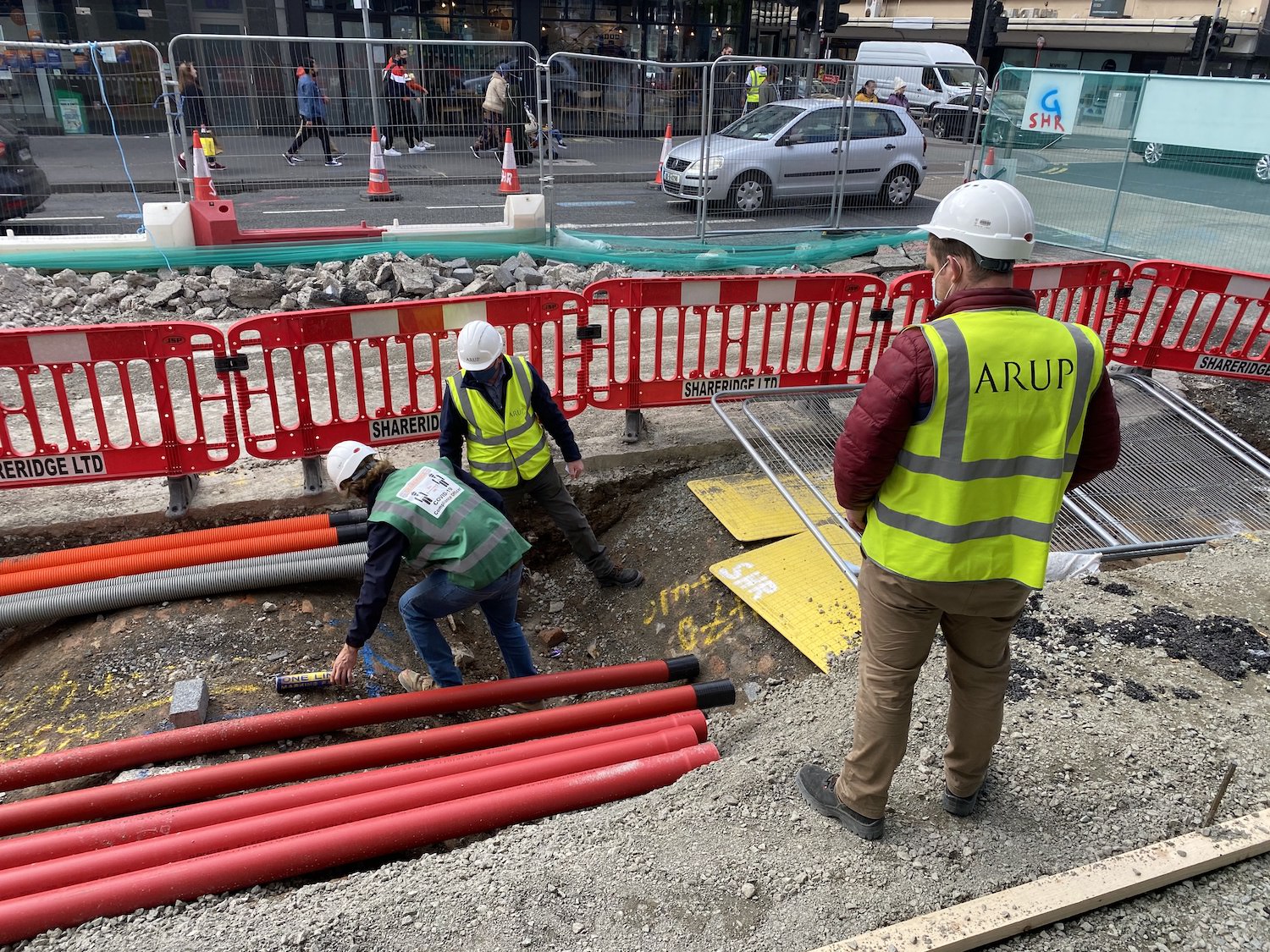 The works currently being carried out on O’Connell Street

More communication is needed between the local government and authority with the public as well as more public involvement with these projects so the public can understand the outcomes and the possibilities of what they find. Peter said, “the more we can engage with local governance and local authority the better! It should be an active conversation. I would be up for a more adaptive governance where we are able to understand the citizens in a city and how they could collaborate with the executive council as well as their councillors. The amazing work happening with the O’Connell Street Revitalisation Project will provoke conversation about what possibilities and potential things that are uncovered can offer and it will allow for a possible rethink as to how we deal with these spaces.”

He added, “I think the more we can share with the general public as these projects are brought to the front, the better it will be. We do need a more complete and broad understanding of our city. I just don’t think we value it enough.”

Peter believes that Limerick can be bolder and more creative in our visions of how we use our public space. The Copper Room in Limerick is one of the few cellars open up to the public in Limerick where people can go to have a drink and a meal and it is a creative example of the potential of these underground caverns. The cellars could also be used as creative spaces, rainwater harvesting tanks, bin collections or recycling spaces seen in European Cities where people store a lot of their waste underground. Peter believes that there is no reason why we shouldn’t be able to think outside the block!

He said, “there is no reason why the city could not free up a lot of the hidden cellars and make them available to people who need space at a cheap cost. The cellars present opportunities. It may not happen with O’Connell Street as it may even be too late to involve ourselves in that but I think to make spaces like that accessible and amalgamate a number of them together, people would be able to go down a set of stairs into a subterranean part of the city, I think that would be extraordinary.”

Very positive for #Limerick but sad that the Georgian Cellars will be lost forever to create the 'new' street scape https://t.co/w8iofJR1ro

Would you call smashing through the underground cellars in the oldest part of Limerick's Georgian Quarter 'Considerate Construction'???? This is the #OperaCentre development. Was this part of the plan? pic.twitter.com/ZdH5BJtaAX

Related Topics:Limerick City and County CouncilUniversity of Limerick
Up Next