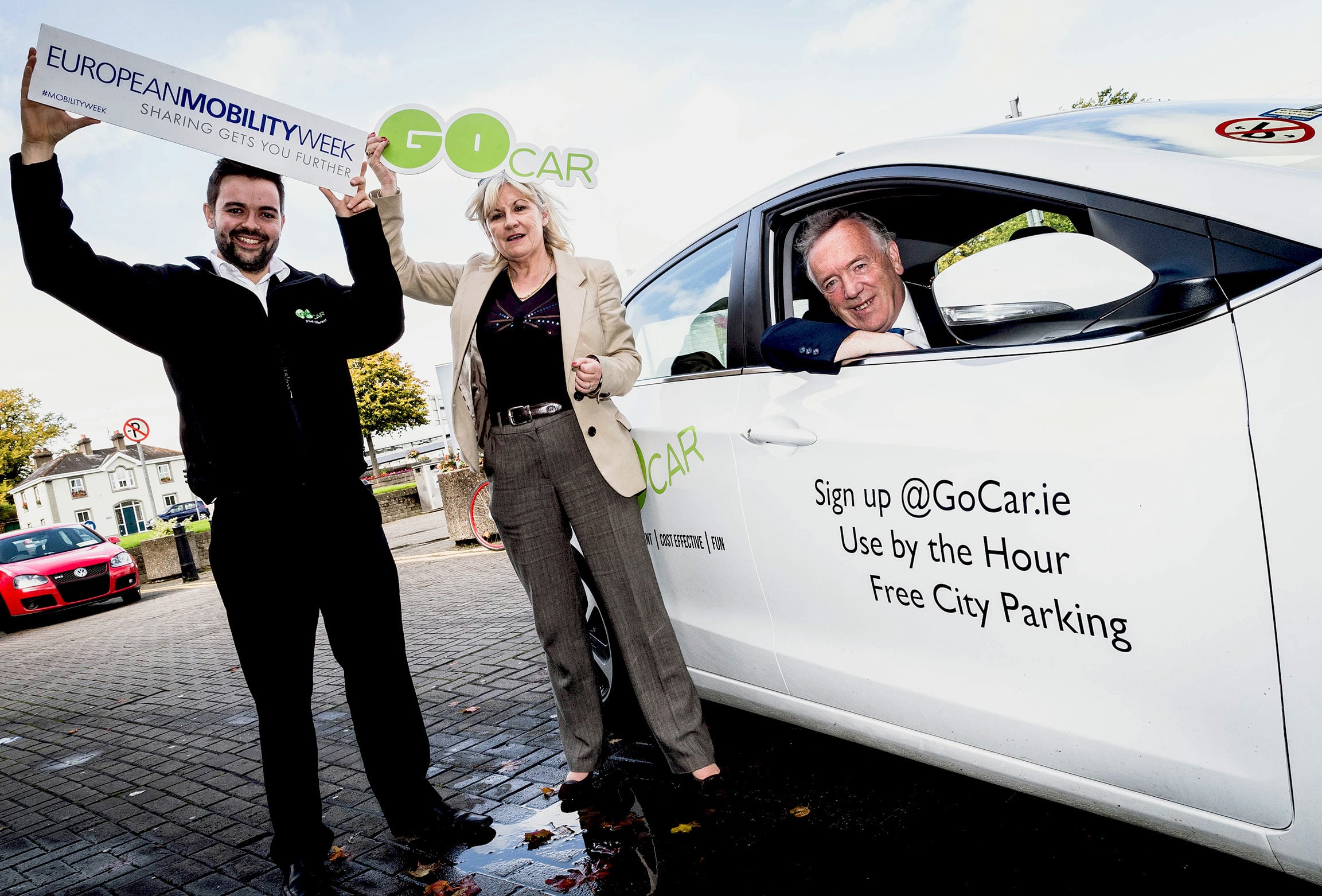 Residents and businesses in Limerick city will benefit from a new car sharing initiative named GoCar which is being rolled out across the city.

GoCar, which has extensive operations in Dublin and Cork, established a base in Limerick at Colbert Station in July 2017 in partnership with Irish Rail. The scheme is now being expanded in Limerick City with the addition of on-street Car Club spaces.

The allocation of these dedicated Car Club spaces allows for an alternative to private car ownership, ideal for people who only need occasional access to a car.

Carsharing benefits individuals who can gain access to a private car without the large costs associated with car ownership.  Potentially one Car Club vehicle could replace fifteen privately owned cars accessing the city.

GoCar offer pay-as-you-go driving with hourly rates on a return to base scheme. Members can book cars online or via the app, access the vehicle using their phone or GoCard, enter a pin to release the keys and they’re off. Since it was launched in 2008, over 12,000 drivers have signed up to GoCar, and it now offers over 300 vehicles across 200 locations.

Miriam O’Donoghue of Limerick Smarter Travel said: “Limerick City and County Council and Limerick Smarter Travel welcome the roll out of GoCar as part of a Pilot Car Club in the city as it meets a commitment to promote sustainable travel in a real way moving forward. Carsharing will reduce the number of cars on the road, as well as traffic congestion, noise and air pollution.”

Colm Brady, Managing Director of GoCar said: “We are delighted to offer carsharing in Limerick.  With GoCar more than doubling the number of vehicles available in 2017, we’re constantly open to feedback from the public on an area where they would like to see carsharing.  Local communities who are interested in car sharing can contact us to see if it can be provided close to their homes or workplaces.”