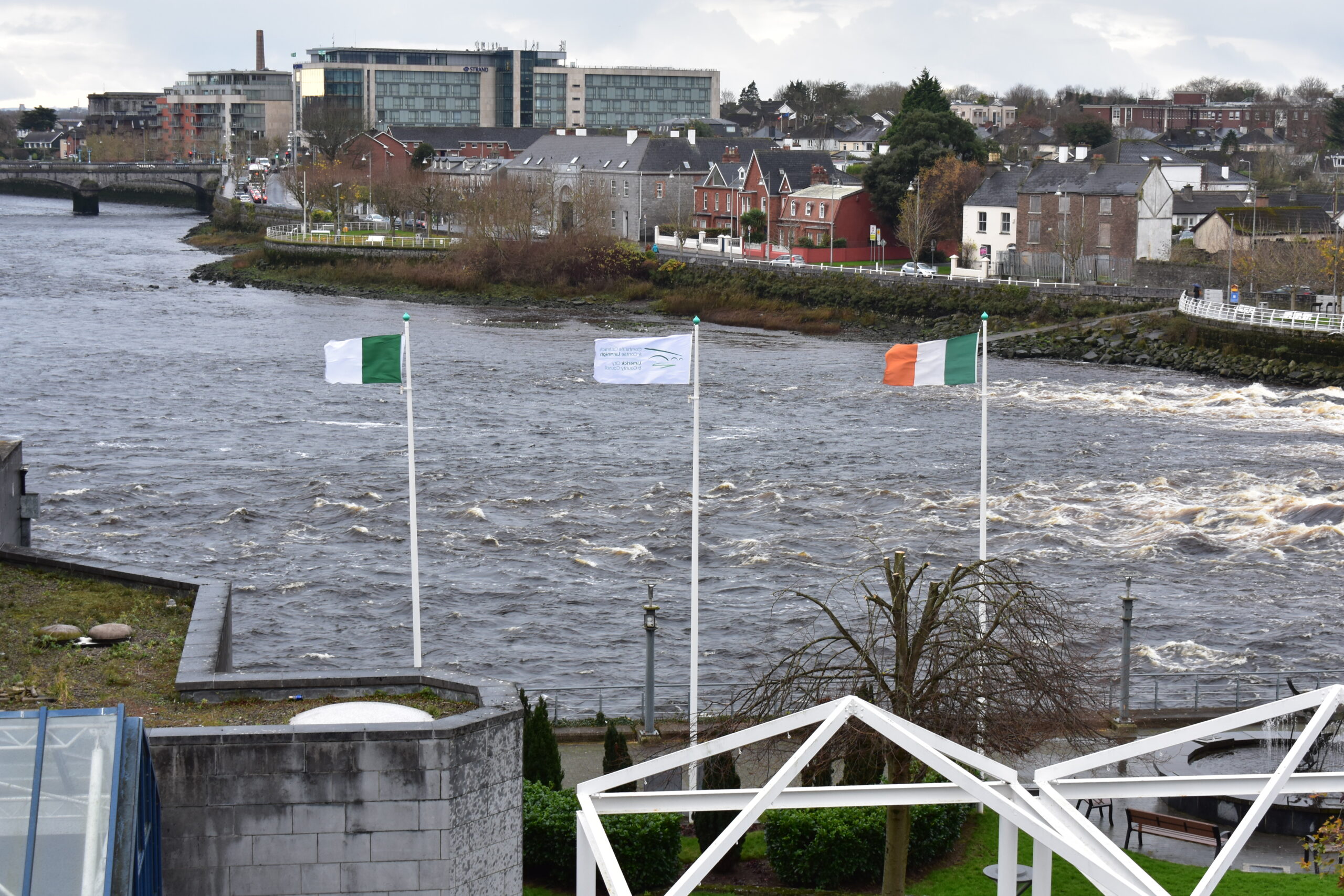 Limerick is going Green in support of Limerick hurlers

Limerick is going Green ahead of All Ireland Final

Limerick is going Green in support of Limerick hurlers 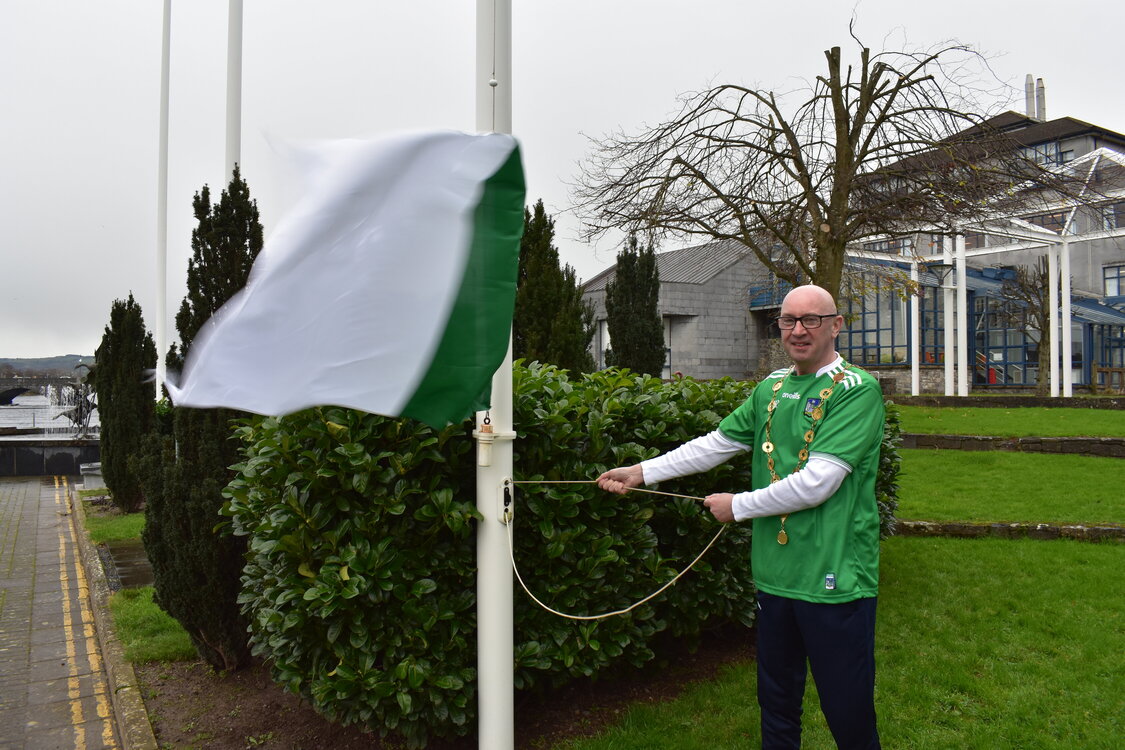 The Mayor of the City and County of Limerick is calling on everyone to show their support for the Limerick senior hurlers and go green ahead of the All-Ireland final on Sunday week [13 Dec 2020] in Croke Park.

As part of the Greening of Limerick, Limerick City and County Council is already proudly flying Limerick flags along the main entry points to the city of Thomond Bridge and Shannon Bridge.

A further rolling out of greening the city and county is now taking place.

Limerick City and County Council will erect 100 large ‘Good Luck’ signs across the city and county over the coming days.

Green and white bunting and flags are being hung in Council Headquarters at Merchant’s Quay, along with Dooradoyle and our Mayor of the City and County of Limerick is calling on everyone to show their support district offices to help boost the atmosphere ahead of the match.

As well as flags on Limerick City bridges, O’Connell Street and Colbert Station along with other locations in our city and key towns will also be dressed in green.

Mayor Michael Collins said: “The senior hurlers have all given us such a great lift in their matches since the resumption of games, winning the National League, Munster Championship and now one step away from the All-Ireland title.”

“It is such an unusual time to be anticipating and acknowledging a build-up to an All-Ireland final, but I am asking all Limerick supporters who can, to show their support by dressing their homes and businesses in green.”

“I have instructed the Council to ensure the floodlighting of the Council’s Corporate HQ is green every evening and I am urging all other businesses in Limerick, whose premises are floodlit to ‘go green’ and show their support for the Limerick hurlers.”

“I know that businesses and other building owners have done an extraordinary job in creating a festive atmosphere this year, and I’m hoping they can add to this now by going green.”

“The hurlers have contributed hugely to Limerick and mean so much to so many people. Many of the highpoints in the life of Limerick, especially over the past number of years are due to the hurlers. Their hard work, drive, edge, and unquenchable spirit is something we admire and all need to emulate as we continue through 2020 and into the New Year.” “Luimneach Abú!”

The Mayor of the City and County of Limerick Cllr Michael Collins has opened an online book of ‘Best Wishes’ for the Limerick Senior Hurlers ahead of the All-Ireland final on Sunday.

Please get behind our team and sign the book of well wishes. https://t.co/CZ1BtgBI98

Mayor Collins said: “The build-up to the final has captured the imagination of Limerick supporters with Limerick being turned into a sea of green.”

“Traditionally, teams would have an open training session ahead of a final, where fans could meet with the panel and show their support in person. You would also have the scramble for tickets with die-hard lifelong Limerick supporters ensuring they would be present in Croke Park for the final.”

“All of that side of the build-up is gone now with Covid-19 restrictions, but we can still send the team our best wishes and messages of support.”

“That is why I’ve opened up an online book so that people far and wide can get behind the Limerick team and send them good luck messages.”

Join with the Mayor to send your best wishes to the panel.

These messages will be collated and sent to Limerick GAA ahead of the match at the weekend.

The deadline for sending your messages of support is 1 pm on Friday 11 December 2020.