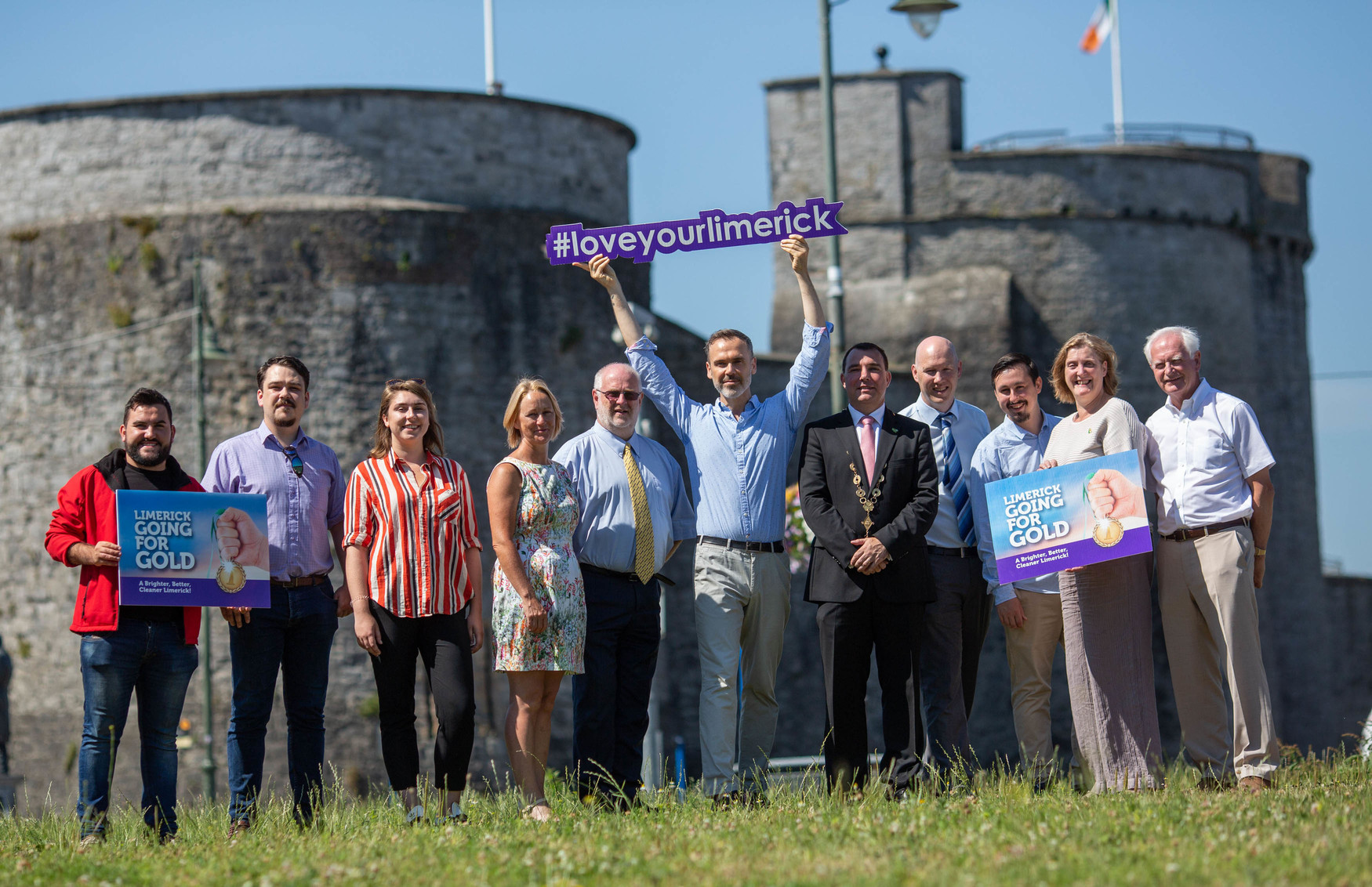 The overall Limerick Going for Gold winners from 2011 to 2017 will vie for the honour of becoming the first Champion of Champions as judging for the new category takes place this month.

Each area will receive a starting pot of €2,000, for every item of litter spotted by the judges during their inspections the pot gets a deduction of €20 where it will be added to an overall winners’ pot.

The committee that had the least amount of litter in their area at the end of all the inspections will win both the winners’ pot and the remaining sum of their starting pot.

Gerry Boland from the JP Mc Manus Charitable Foundation added: “I am delighted with the added extra that the Champions Category will give to this year’s Limerick Going for Gold.  While it acknowledges the contribution, the champions have given to their communities, it also allows other communities to have a shot at glory.  I would also like to take the opportunity to confirm on behalf of the Charitable Foundation that the prize fund for Limerick Going for Gold 2018 is once again in the region of €75,000, with a top prize of €10,000 in the Challenge Category and €5,000 in the Limerick in Bloom Category.”

Last year’s winner Adare hopes to continue their winning momentum with the same hard work from last year and ongoing projects to keep one of Ireland’s prettiest villages, even prettier.

Committee secretary Eleanor Purcell told the Limerick Leader, “Adare’s biggest struggles are the vast amount of tourists we get every year, so it’s massive pressure with the amount of trying to keep Adare in good order.”

”It would be amazing if we won the competition because we have loads of projects in store such as restoring old cottages and opening a new sensory garden in the back of the park,” Ms Purcell added.

Marie Fitzgerald, the coordinator of the Glin Tidy Towns committee, hopes to recapture the sheer jubilation she and the village of Glin earned two years ago.

“We were dumbfounded we went in with the anticipation getting a couple of hundred euro and then we were disappointed that we weren’t called out at all, so we thought we weren’t going to win anything.

“And when they announced we won the whole thing we were absolutely thrilled we went straight back home and celebrated, it was a fantastic achievement,” Ms Fitzgerald recalled.

Both of the Adare and Glin committees will have stiff competition as fellow past winners Castletroy, Janesboro, Annacotty, Caherdavin and Castleconnell will all compete for the cash prize.

Related Topics:limerick going for gold
Up Next