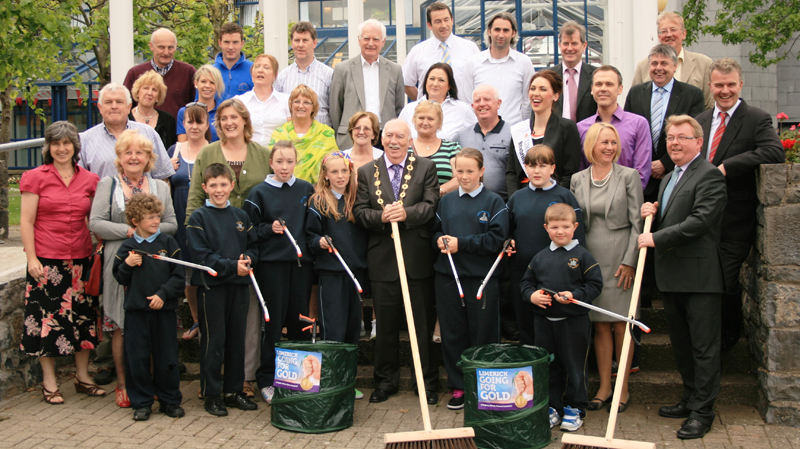 Limerick is ‘going for gold’ as Ireland’s cleanest city with the announcement of a major campaign to encourage businesses, community groups and individuals to improve their areas in a bid to make the city litter free.

Limerick City Council in association with the JP McManus Charitable Foundation is asking you to play your part by announcing that €50,000 will be provided to help communities go the extra mile with the launch of the Going for Gold campaign. Born out of the success of last year’s Community Challenge, the Going for Gold campaign was launched at City Hall by Mayor of Limerick, Cllr Jim Long; businessman JP McManus and representatives from the communities taking part in the event, along with pupils from St. Mary’s Boys and Girls National School. Going for Gold will consist of three separate categories including City Centre Businesses, Tidy Towns 2012 Entrants and Environmental Grant recipients and individuals. All will be eligible to compete for the €50,000 Going for Gold prize pool to spend on improvements in their local areas.

“Like the Tidy Towns concept, Going for Gold is a simple but powerful idea where people can make a difference to their own area and make it a better place to live, work and visit,” JP Mc Manus tells me. “We are delighted to provide local communities here in Limerick city with an incentive to get together, improve their own areas and enjoy and reap the benefits that participation can bring.”

The Going for Gold campaign begins now. We need to get Limerick looking good for the Tidy Towns judging during June and July.

Register your interest on their Facebook page www.facebook.com/LimerickGoingForGold or email [email protected] or call 061-407225. 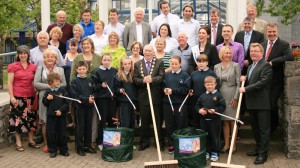 The Limerick We Love – Ilovelimerick.com