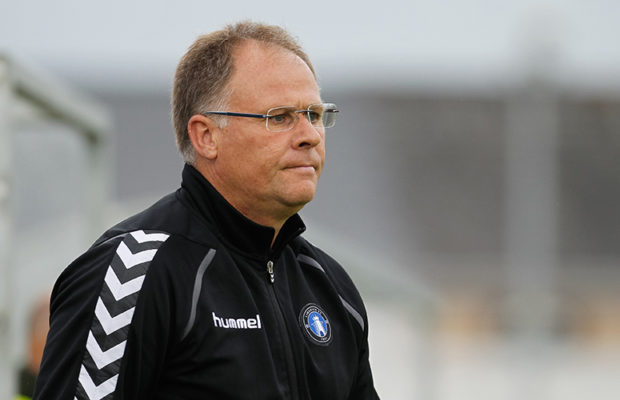 Limerick to Host Charlton in Pre-Season Friendly At The Markets Field – Blues boss Neil McDonald said: “The Charlton game is good for the supporters to come along and see a team that has been in the Premiership in the past, with some really good players. Photo: Conor Wyse

Limerick FC will face English League 1 side Charlton Athletic in a pre-season friendly fixture at the Markets Field this Tuesday night at 7.45pm.

Charlton have been in Dublin on a pre-season training camp, playing three friendly fixtures in all this week.

Tuesday night’s game will be Limerick FC’s only outing this week as the scheduled SSE Airtricity League Premier Division clash with Shamrock Rovers on Saturday has been postponed due to the Hoops Europa League fixture on Thursday.

Speaking on the friendly with Charlton, Blues boss Neil McDonald said: “The Charlton game is good for the supporters to come along and see a team that has been in the Premiership in the past, with some really good players.

He continued: “It gives us another chance to have a look at our players who haven’t been starting.”

Charlton, managed by Karl Robinson, have former England international Lee Bowyer, who during his playing career, wore the jerseys of Leeds Utd, West Ham Utd and Newcastle Utd as well as Charlton, as their assistant manager.

Limerick FC manager Neil McDonald said Charlton’s decision to play the friendly was a vote of confidence in the quality of the playing surface at the Markets Field and Limerick’s style of play.

“I have worked with Karl before and obviously Lee Bowyer has come in as assistant manager. I’m sure any Leeds supporters who want to come across and say hello to Lee will look forward to that.”

McDonald said he would have preferred if the Shamrock Rovers game was going ahead this weekend.

“Hopefully that is a little bit of a blip. I cannot criticise the players for trying to do the right things. We have conceded three goals and they have only had three chances. We have been clinically finished off. We can certainly play better.”