By Richard Lynch on February 7, 2019@richanthon 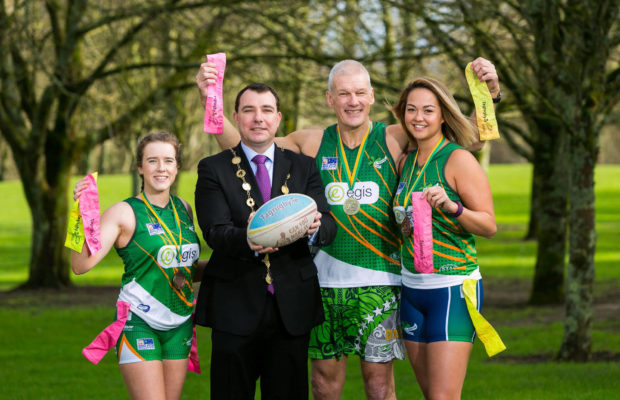 Mayor of the City and County of Limerick James Collins with tag rugby players at the announcement that the 2021 Tag World Cup is to be hosted in Limerick. Photo: Oisin McHugh True Media

On Wednesday  February 06 2019, the Limerick region’s status as a location for international events was underscored by the announcement that it has won the bid to become the first northern hemisphere host of the Tag World Cup. A joint bid led by the UL Conference and Sports Campus and the Irish Tag Rugby Association supported by Shannon Region Conference and Sports Bureau, Failté Ireland and Limerick City and County Council was successful in winning the event for Limerick, which will see 3,000 plus tag rugby players from well over 20 countries and their entourage travel to the Treaty City in August 2021.

The event is expected to deliver a minimum €5m boost for the Limerick economy and 20,000 bed nights. It is held across four days but, with many participants travelling from the Southern Hemisphere, teams are expected to travel to Ireland for up to three weeks in advance of the competition. 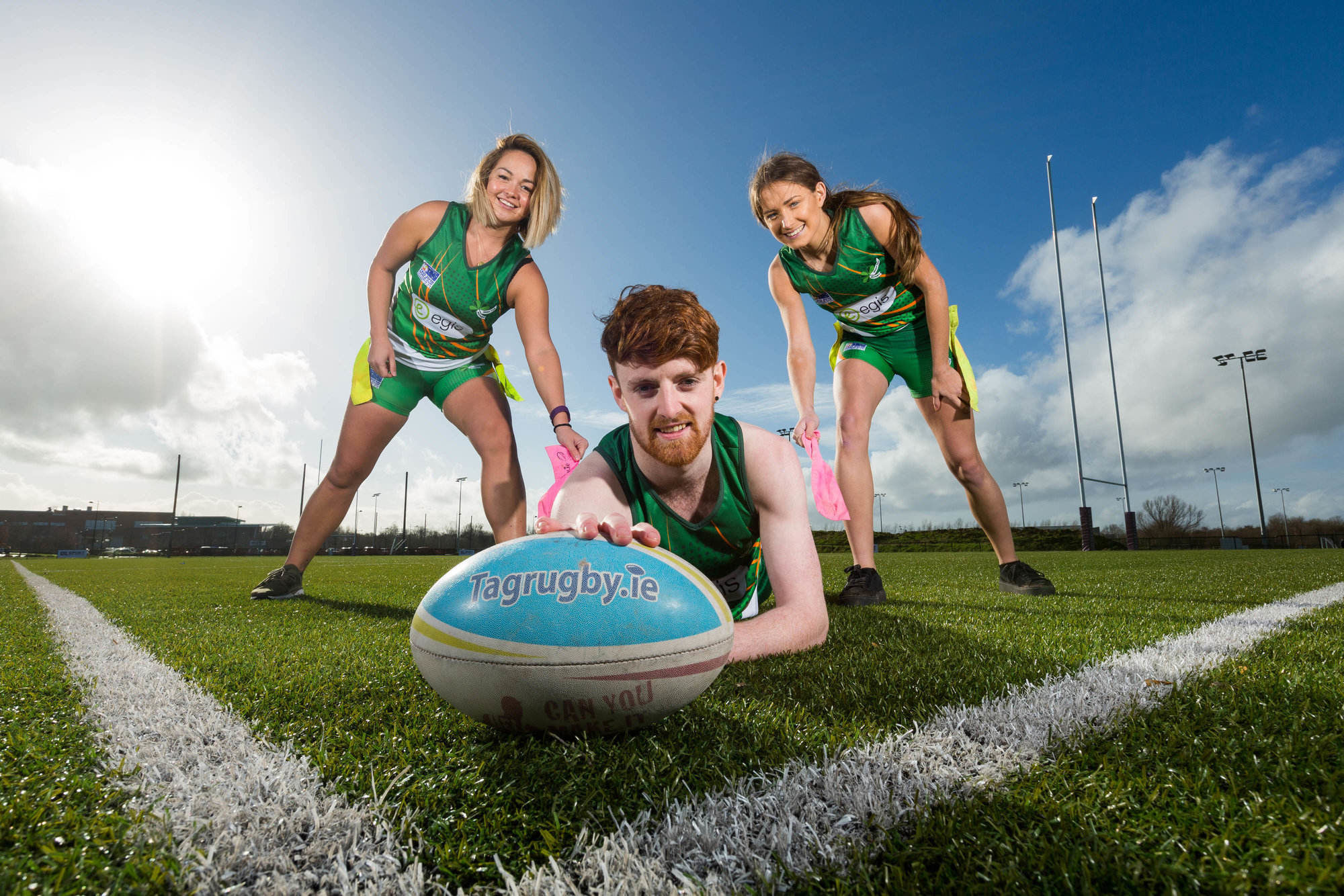 The bid involved a year-long process that was initiated after two of the Tag Rugby Ireland management team, Barry Keary and Shane Landers, approached the UL Conference and Sports Campus team with the idea.

A partnership involving the three local entities supported by Failté Ireland put together a detailed bid and beat off stiff opposition, particularly Great Britain, after organisers decided to take the event out of the southern hemisphere for the first time.

Tag rugby has grown enormously in popularity over the past decade, particularly in Australia and New Zealand but also in Ireland the Great Britain. The three previous International Tag Federation World Cups were held in New Zealand (2012) and Australia (2015,2018) but organisers decided to take the next edition to the northern hemisphere and have been won over by the Limerick bid.

Today’s launch at Plassey House, UL was attended by, among others, Mayor of the City and County of Limerick James Collins; the Chairman of the International Tag Federation, South African based Stuart McConnell; bid leaders Simon Bewley from the Irish Tag Rugby Association, Barry Keary and Shane Landers Tag Rugby Ireland, Karen Brosnahan, from the Shannon Conference and Sports Bureau and former rugby star Tony Ward.

Welcoming the announcement, Mayor Collins said that it was a victory for Limerick and recognition of its status as a city of great hospitality and great facilities. “We all know Limerick’s proud sporting heritage, not least in rugby. Tag rugby has become very popular in Limerick over recent years, not least as a result of the hugely successful Pig ‘n’ Porter festival. The Tag World Cup is, however, a very serious and competitive event and tailor made for Limerick. We have the rugby DNA, the hospitality and warmth and UL provide outstanding facilities so the mix was perfect and the bid equally so”.

“We have an excellent track record in terms of hosting major events here, the 2013 Rugby League World Cup among them. Hosting this event is further proof that Limerick is ripe for such events. We congratulate all involved in the successful bid and will now set about making sure that Limerick will deliver an experience for players and supporters alike that will raise the bar again for the tournament.” 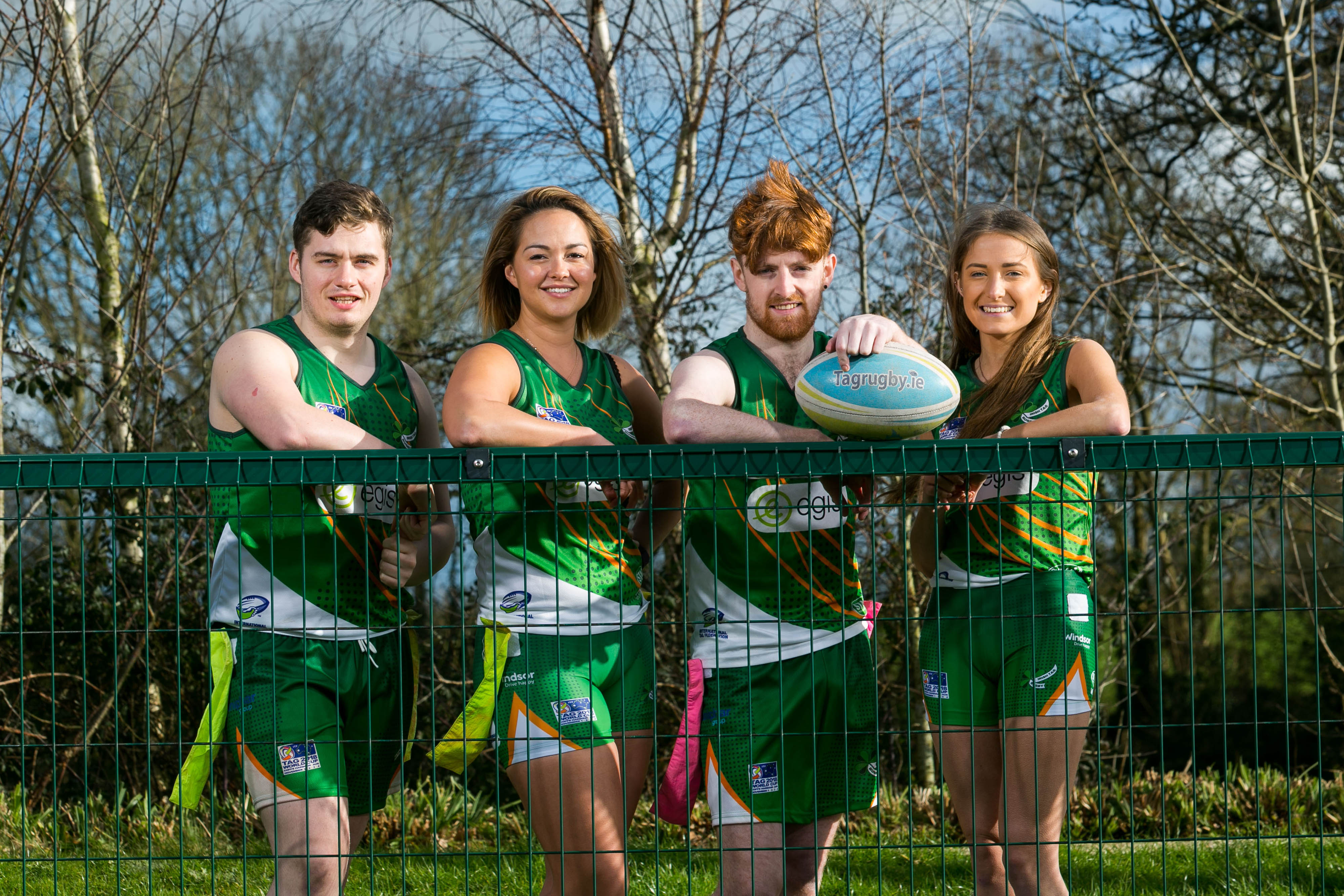 Simon Bewley, Irish Tag Rugby Association, said that “The Irish Tag Rugby Association are delighted to be chosen as the host nation for the 2021 Tag World Cup. As the founders on Tag in Ireland, we are celebrating 20 years of running national and international Tag events. We look forward to partnering with University of Limerick & the ITF to host and run the biggest and most exciting International Tag event in Europe.”

David Mahedy, Director, Sport & Recreation University of Limerick, commented that “It is both an honour and a privilege to welcome the worldwide community of Tag Rugby to our beautiful campus for the 2021 World Cup. We are extremely excited at the prospect of hosting this incredible competition at the University of Limerick and work has already begun to make this a World Cup to remember for every player and supporter that makes Limerick their home for the duration of the Championship.” 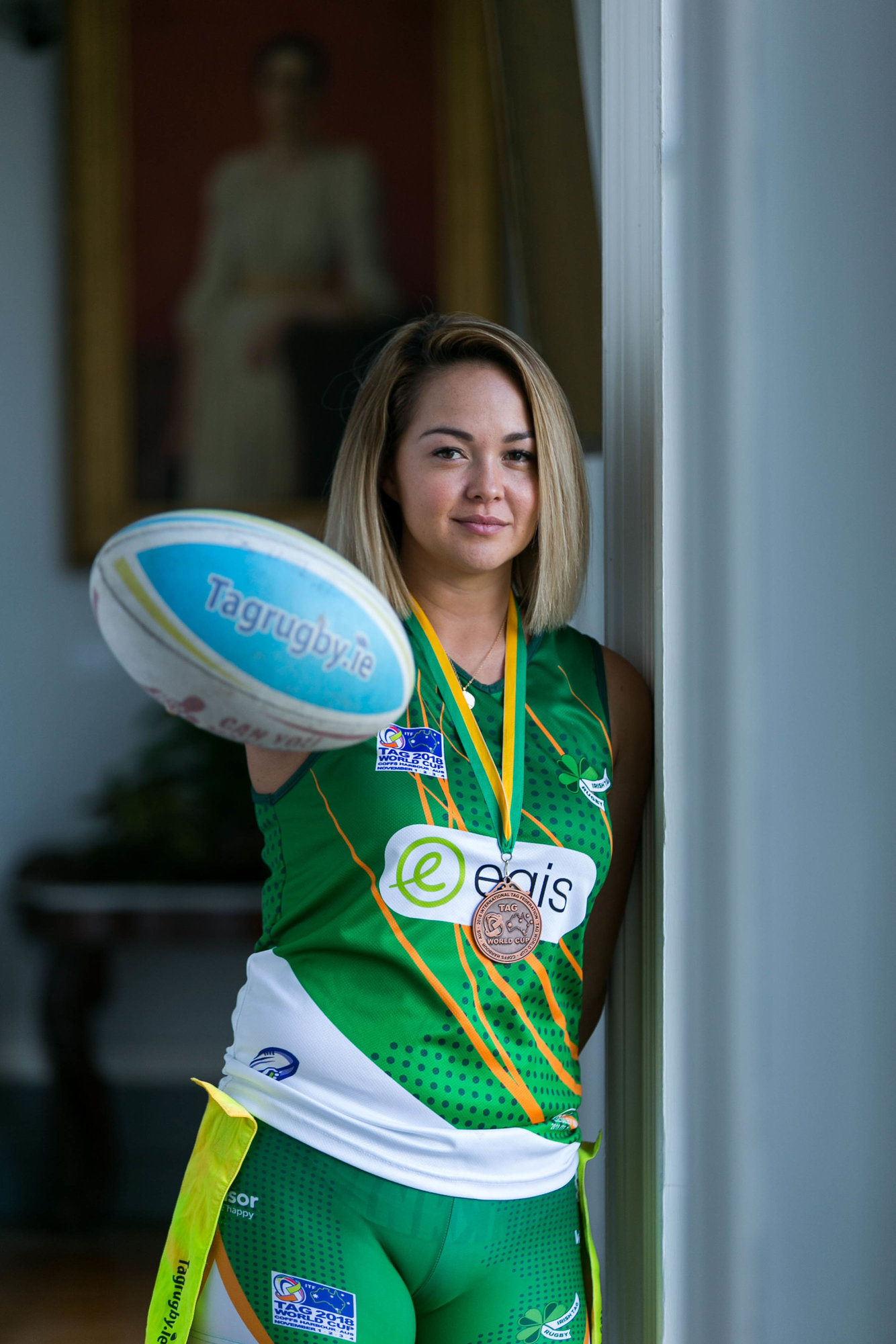 Failté Ireland Paul Mockler, Head of Commercial Development at Fáilte Ireland, said “Fáilte Ireland was delighted to provide financial and practical supports to enhance the bid. Growing Business Tourism & Events into the regions is a key pillar of our strategy and to achieve this we will be increasing our investment into the Regional Convention Bureaux in 2019. This is a significant win for the Region and we are delighted team Ireland, the local bid committee and the conference office team at UL were successful in their bid.”

Limerick is one of Ireland’s top centres for tag rugby, with the annual Pig ‘n’ Porter festival one of the biggest annual in the country, drawing teams in recent years from as far afield as Australia.
Ireland has also improved its ranking in the game over recent years, winning a number of medals in mens and womens competitions at the last Tag World Cup.

The competition will involve various age categories in men’s, women’s and mixed. Teams have to be registered through their national federation to compete.