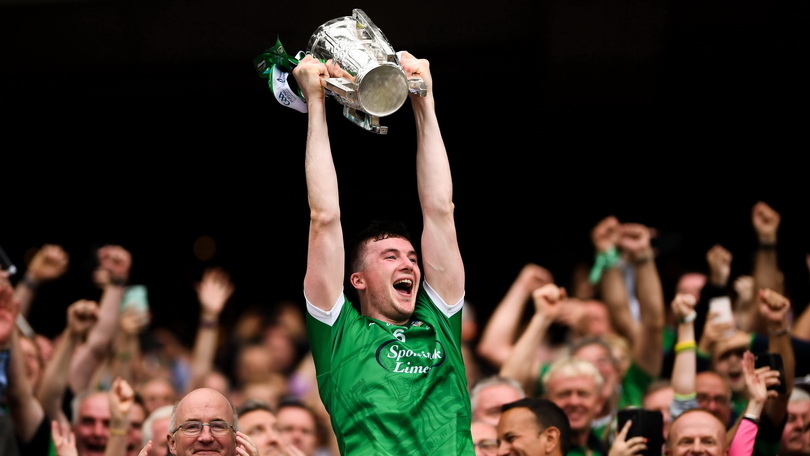 In another impressive accomplishment, the Hurler of the Year Award will go to one of three Limerick nominees – Sean Finn, Cian Lynch or Kyle Hayes.

Limerick senior hurlers have taken up 12 positions on this year’s PwC All-Star team, a new record.

The annual All-Star Awards will be held tomorrow, December 10, during a private ceremony broadcast on RTE 2 at 7 pm.

A highly accomplished side, Limerick cornerback Sean Finn will pick up his fourth All-Star Award tomorrow, while midfielder Cian Lynch will collect his third.

In another impressive accomplishment, the 2021 PwC Hurler of the Year Award will go to one of three Limerick nominees – Sean Finn, Cian Lynch or Kyle Hayes.

With Limerick sweeping up All-Stars, only three spots were left up for grabs. Waterford’s Conor Prunty took centre back, while Clare’s accomplished full-forward Tony Kelly took a corner-forward spot. Kilkenny’s Eoin Murphy was selected in goal.

To much surprise, 2021 All-Ireland finalists Cork were awarded no All-Star Awards this year.

Mayor of Limerick City and County, Daniel Butler, congratulated Limerick’s All-Star recipients, saying, “It is wonderful to see that their skill, drive and desire for excellence has been recognised. It is such a wonderful honour to be chosen as an All-Star and to represent Limerick with such pride. Luimneach Abú!”

An incredible achievement for the 12 selected history makers, but anyone that pulls on the Green of our wonderful county are All Stars ⭐️ in our eyes. pic.twitter.com/D2VpZIKBry

For more information on the 2021 PwC All-Star Awards, go HERE