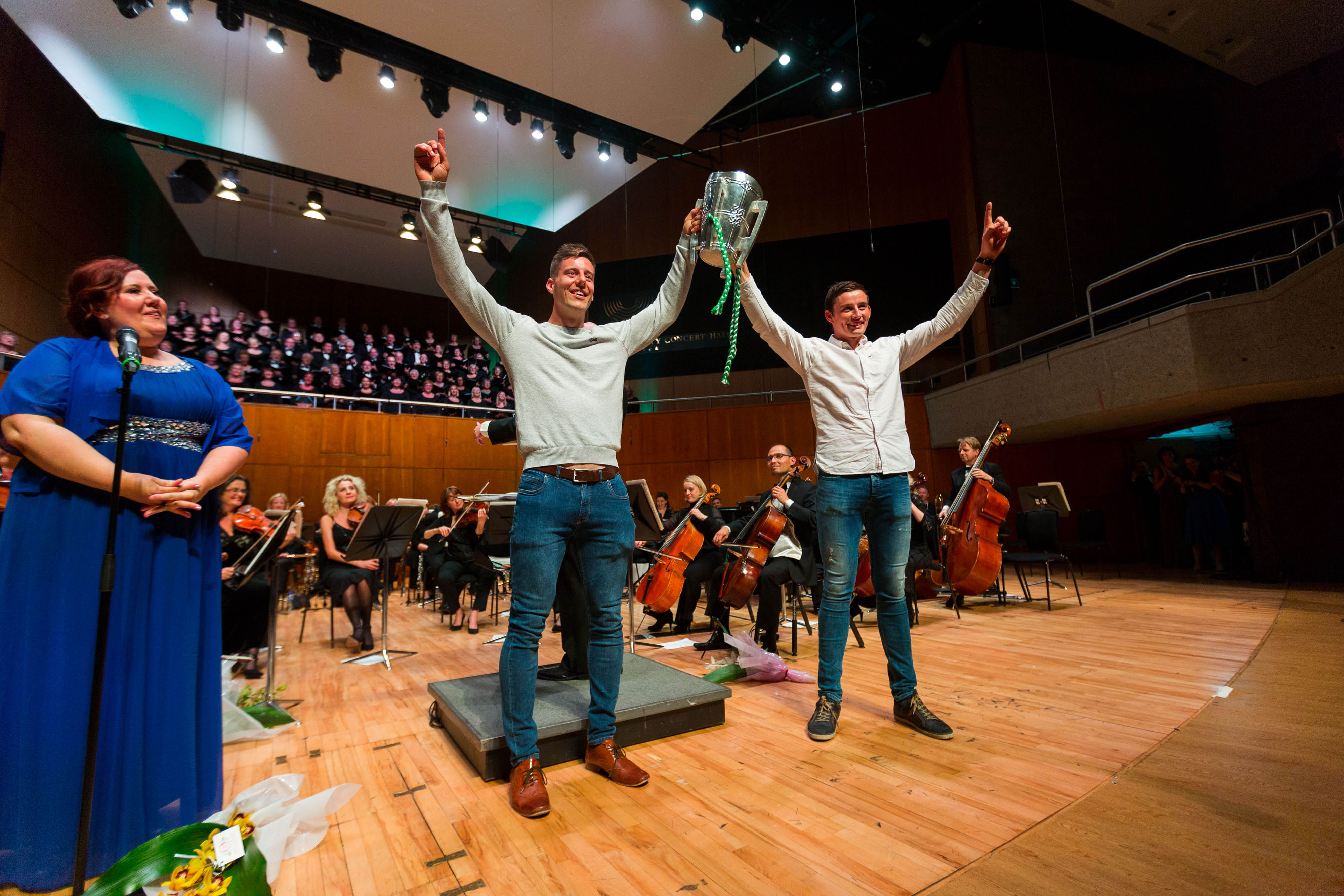 Gearóid Hegarty and Dan Morrissey, Limerick hurling stars gave the packed UCH crowd an encore they weren’t expecting when they were sprung from backstage with the Liam McCarthy Cup in hand as a special rendition of ‘Limerick You’re A Lady’ was in full voice.

The audience had already been treated to a magical two-hour ensemble of classical, traditional and musical theatre performance by the likes of Chieftain Paddy Moloney, the RTÉ Concert Orchestra and many more

that drew a standing ovation.  But it rose to its feet instantly once more as the star forwards surprised them when they emerged on stage with the county’s much sought-after silverware to crown the special silver jubilee celebration.

The county anthem – led by singers Richie Hayes and Limerick’s own Amanda Minihan and Mairead Buicke – was in full voice when the players made their move.

“It was a special moment. We’d just had an incredible celebration of what UCH means to Limerick and then the players stroll out on the stage with the Liam McCarthy Cup,” said attendee and life-long Limerick hurling fan Donal Ryan.

“It took everybody by surprise and was a perfect ending to a special night. I don’t think I’d ever heard Limerick You’re a Lady performed so well but then the lads stroll on stage and people just sprang to their feet.  You could see what it means to people here.”

The show, which had over 80 performers contribute, celebrated 25 years of the first purpose-built concert hall in the country.

Since it was opened by Moloney with The Chieftains and a host of other leading artists 25 years ago, over 3,500 events have taken place at UCH, attracting over 2 million people.