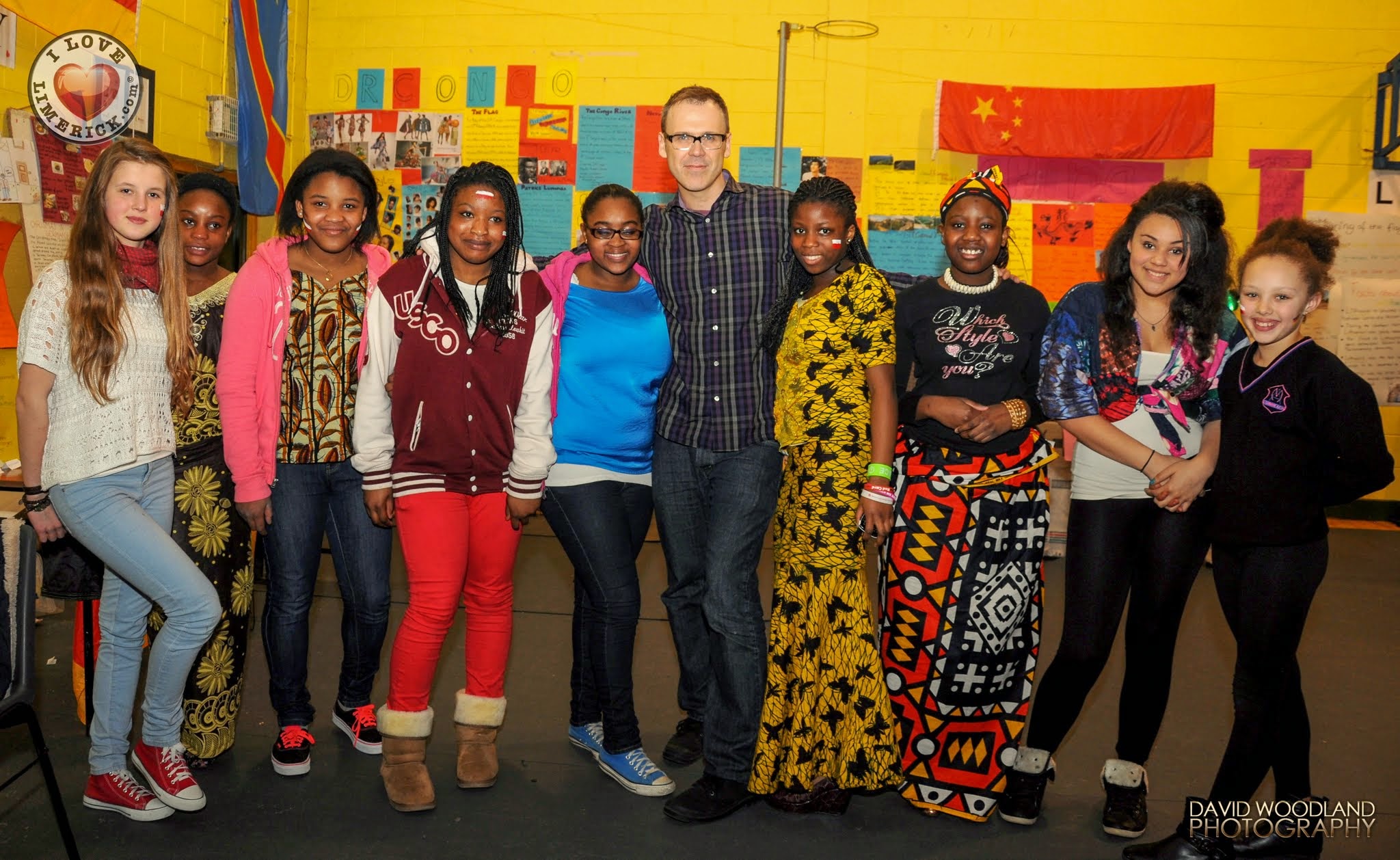 A fascinating story about one Muslim girl’s experience growing up in Ireland will be one of the highlights of this year’s Reimagining: Limerick Intercultural Week 2016 which takes place the October 17-23.

Iesha Moustafa will speak to young people in Limerick schools about her experience of growing up in Ireland and also of being a football player.

She was able to follow her passion of playing football following a ruling in March 2014 by FIFA which lifted their ban on the wearing of hijabs. This meant that young Muslim women can now play international football while wearing their traditional headgear. This inspired youth leaders in Sports Against Racism Ireland (SARI) to establish the Hat-tricks and Hijabs project, dedicated to encouraging Muslim women to play football. Iesha will talk about this project but will also speak to schools about being a young Muslim woman growing up in Ireland.

Iesha’s story is one of 11 events taking place across Limerick as part of Reimagining: Limerick Intercultural Week 2016.

The overall theme of this year’s festival is Connecting Communities. The aim is to build new connections between communities and strengthen existing ones.

Other highlights include the exhibition ‘What Would You Take?’ (The Granary 9a.m – 5p.m all week).  Imagine being forced to leave your home without warning. What would you take with you? Something essential to your survival? A sentimental object? This is the experience of many asylum seekers and refugees. The exhibition aims to bring awareness to the reality of this type of choice and encourages you to explore this type of decision.

A World Food Festival in Limerick’s iconic Milk Market between 11a.m and 4p.m on 23 October, which will bring the Reimagining: Limerick Intercultural Week 2016 to a close.

Why not tickle your palate with diverse dishes and recipes at a variety of international food stands, all locally produced.  There will be free live music, games and fun for all the family. It promises to be a great day out. Come along and be part of this unique event!

An open evening in Henry Street Garda Station where all members of the community are invited to attend to discuss Safer Communities (4p.m – 7p.m Friday 21 October), and a Sports for All: Come and Try initiative which offers children in Limerick an opportunity to experience new sports, make friends and connect with local clubs. (5p.m – 7p.m Thursday 20 October in Delta Sports Dome).

Mayor of the City and County of Limerick, Cllr Kieran O’Hanlon said: “As Limerick continues to grow and be enriched by people making Limerick their home, it’s important that communities come together.  Everyone has their own unique identity but we all share a common bond – that of calling Limerick home.  I’m calling on all Limerick people to check out the events taking place over the seven days and attend at least one.”

Eugene Quinn, from the Intercultural Working Group, who are organizing the festival said: “The centenary of the 1916 Rising has afforded everyone to reflect on our society as a whole.  Reimagining Limerick hopes that together we can all work together to shape a truly inclusive Limerick in which all residents, local and migrant are welcomed and valued, irrespective of colour, creed or culture.”

“Reimagining: Limerick Intercultural Week is for everyone.  Limerick is home to nearly 200,000 people and we want them all to feel part of this festival.  This is about celebrating Limerick in all its different forms.”