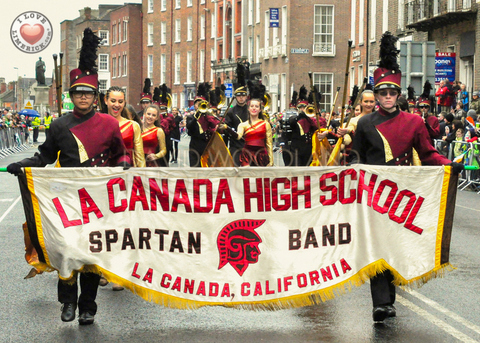 More than 40,000 spectators lined the streets of Ireland’s of National City of Culture  for the marching band contest, where The Orchestra of the Estonian Defence Forces  walked away with the top prize. It was the band’s first time taking part in the competition which is now in its 44th year. A total of 20 marching bands featuring over 1000 musicians from across Ireland, Europe and the USA performed as part of the Limerick St Patrick’s Festival.

The Orchestra of the Estonian Defence Forces took the title of ‘Overall Parade Champion’ while Acton-Boxborough Regional High School Marching Colonials, from Massachusettes, were named ‘Best International Band’. The Redemptorist Centre of Music Concert Band, from Limerick won the ‘Best Local Band’ category while Clondalkin Brass and Reed Youth Band were given the prize for best uniform. The Spanish entry Dulzaninas De Avila Pipe band was given a prize for ‘Most Entertaining Performance’. There was a huge reception for Limerick City Brass and Reed Band led by 80-year-old Sammy Benson who was presenting with a special certificate from Mayor Kathleen Leddin. The well known pensioner who established the band in 1974 was honoured for 40 years of voluntary service in his native city.

Pictures by Cian Mc Namara for ILoveLimerick.com 2014. All Rights Reserved.