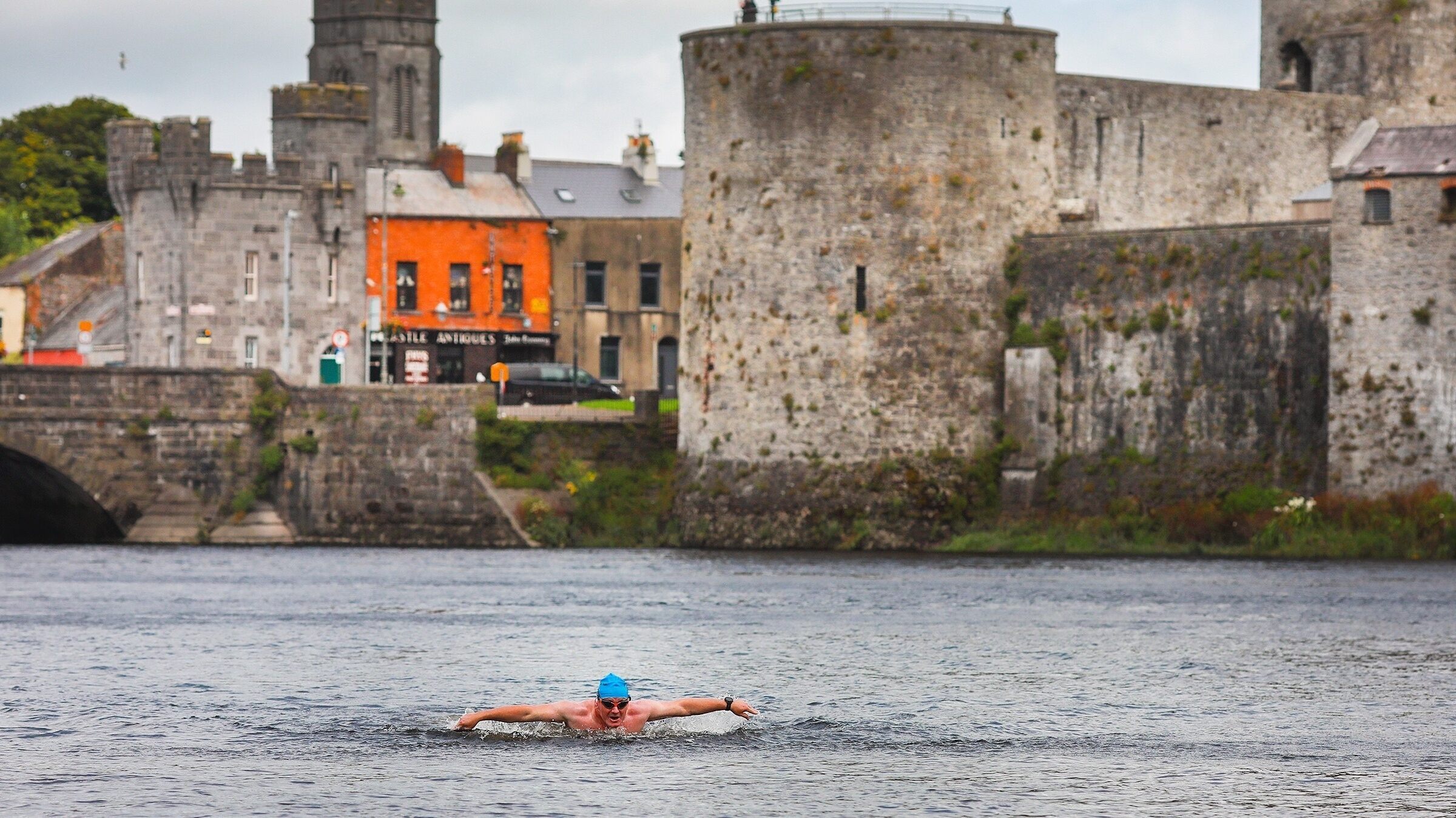 Limerick Island Swim 2021 will be taking place on Saturday, September 4

Limerick Island Swim 2021 will be taking place on Saturday, September 4

The launch of the event at the Hunt Museum was attended by members of St Gabriel’s, the Limerick Narwhals committee, Mayor of Limerick City and County Daniel Butler, TD Kieran O’Donnell, volunteers and event sponsors.

The Limerick Island Swim 2021 will be taking place at 2pm on Saturday, September 4, and will be raising funds for St Gabriel’s School and Centre.

The launch of the event at the Hunt Museum was attended by members of St Gabriel’s, the Limerick Narwhals committee, Mayor of Limerick City and County Daniel Butler, TD Kieran O’Donnell, volunteers and event sponsors. For the swims, the Narwhals aim to support local charities.

The swim will start at the Hunt Museum, go around St Marys Park, and end at the Curragower Boat Club. It is a 3.8km swim, and Mark expects it to take participants anywhere from 55 minutes to 2 hours to complete. There will be music played over speakers, as well as a live DJ at the event.

“We just keep on growing and getting bigger and bigger,” Mark Dempsey from the Limerick Narwhals committee said.

A trophy, which was originally given to Marks late father John, has now been rebranded as the John Dempsey Perpetual Memorial trophy, and will be given to a person or group who has supported the club or a charity over the past 12 months.

“It doesn’t go to the winner because it’s not a race, it’s an event. And the person who wins the trophy is the person who helped supporting a company or a club, or a group of people who have helped out over the last 12 months. We want to give it to a charity or to somebody who’s done something for the community, because that was the original idea of the trophy in the first place,” he said.

Each year, the Narwhals sponsor a different charity for their swim. This year, St Gabriel’s School and Centre was the chosen charity. St. Gabriel’s School & Centre is dedicated to the care and education of children with multiple physical disabilities. The charity was nominated by a member of the Narwhals, as it will be the charity’s 60th anniversary, and as they participate in water-based activities.

Mark added, “While the swim is full, we are urging the public to watch the swim from the Abbey River in a show of support for the swimmers and St Gabriel’s.”