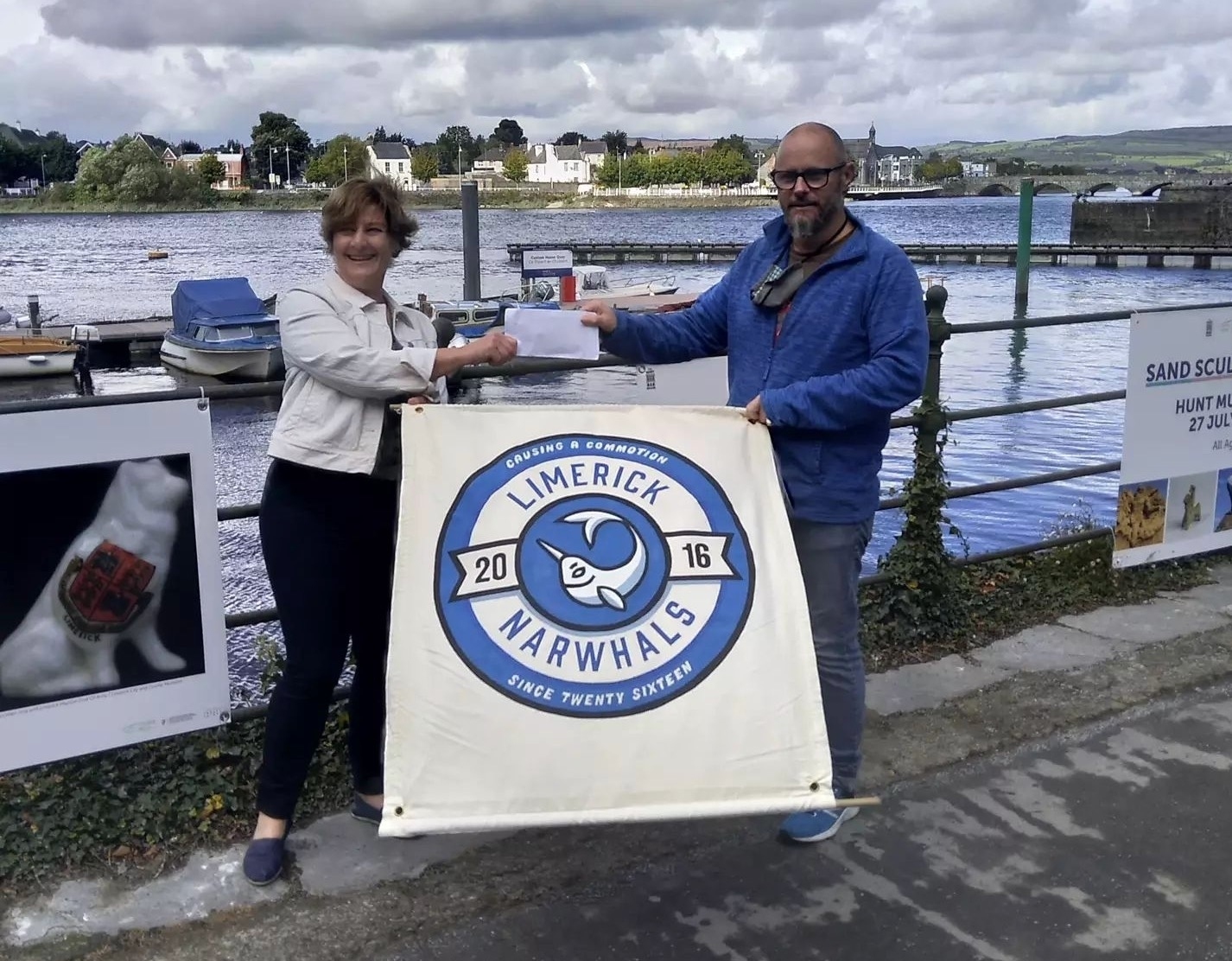 The 3.8-kilometre charity swim took place on Saturday, September 4, with 280 swimmers taking to the chilly Shannon waters for a good cause and a bit of fun.

The Limerick Narwhals have donated to various organisations in Limerick City following the success of their 2021 Limerick Island Swim.

The 3.8-kilometre charity swim took place on Saturday, September 4, with 280 swimmers taking to the chilly Shannon waters for a good cause and a bit of fun.

This years charity of choice and recipient of the Narwhals’ John Dempsey Perpetual Memorial trophy is St Gabriel’s School and Centre. The trophy and significant funding are awarded each year to a person, group or club who have done great work in the Limerick community over the previous twelve months.

St. Gabriel’s School & Centre is dedicated to the care and education of children with multiple physical disabilities. The school was chosen to commemorate their 60th anniversary this year.

On Tuesday, September 28, Director and CEO of The Hunt Museum, Jill Cousins, was presented with a donation from the Limerick Island Swim. The swim begins at the rear of the former Customs House each year.

“We are so privileged to have played host to the Limerick Narwals Island Swim again this year and we are very grateful for the donation they have given to support the Hunt Museum,” Ms Cousins told I Love Limerick.

“A swim starting at the Custom House, a place where voyages started and ended on this estuarial part of the Shannon always seems so brilliantly fitting!”

The Limerick Island Swim was started in 2015 by Limerick ice swimmer John Ryan, who passed the reigns over to Mark Dempsey in 2016. With the first swim having just seven participants, the event has grown dramatically over the past five years. Past beneficiaries of the swim and John Dempsey Perpetual Memorial trophy recipients include the Irish Community Rapid Response (air ambulance).

Limerick Narwhals is a group of swimming enthusiasts that swim all year round in Limerick city and county. The club competes at National and International ice swimming competitions and in pool competitions. The Narwhals began out of the ‘Christmas Day Swim’ in Corbally baths five years ago.

For more information on the Limerick Island Swim go HERE