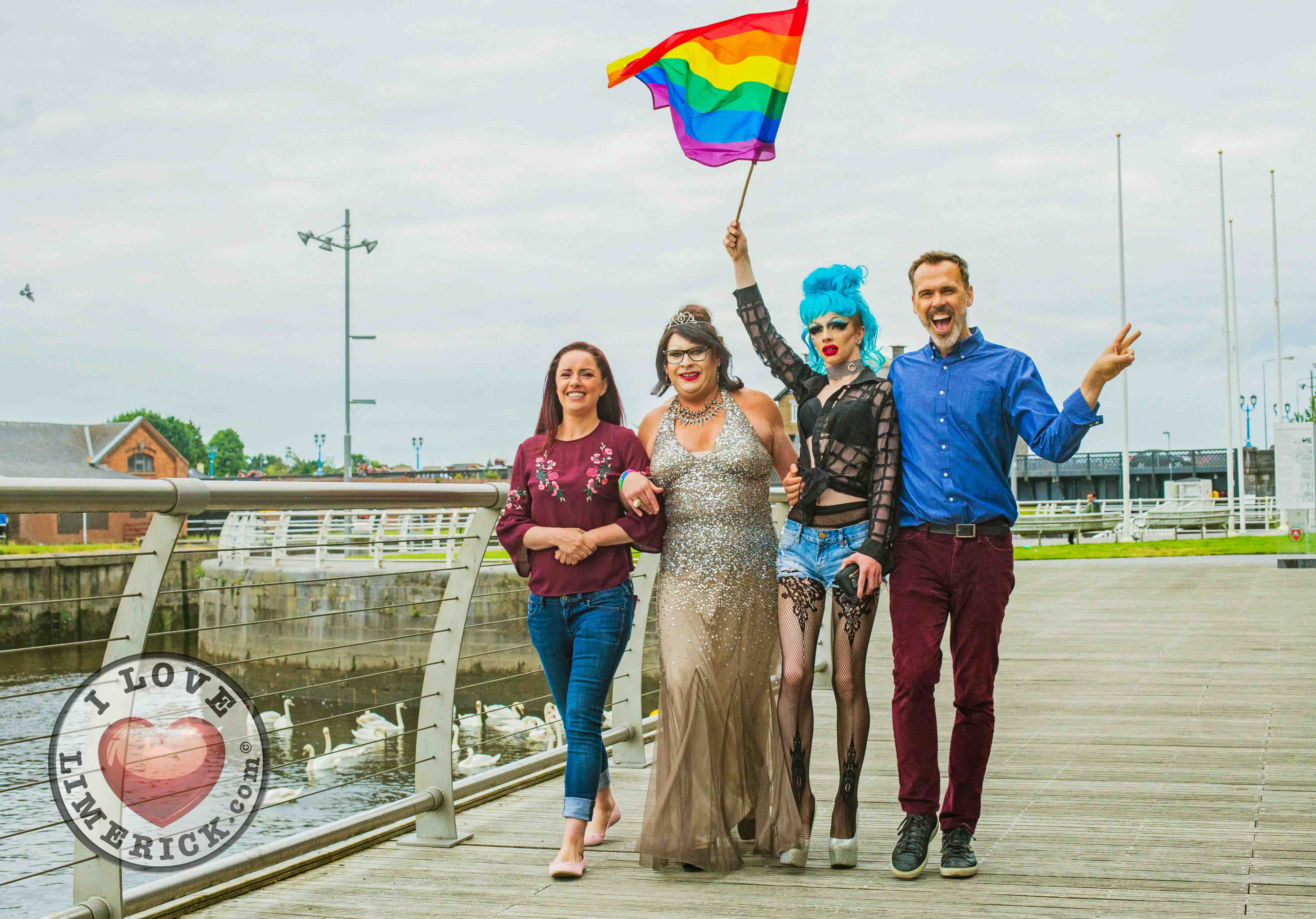 The countdown to Limerick LGBTQ Pride Festival 2018 officially began with the press launch at the George Hotel in Limerick City on Monday, June 11.

At the press launch Lisa Daly, Chairperson Limerick LGBTQ Pride Festival 2018 said, “We are thrilled to be able to offer a fantastic line up for Limerick LGBTQ Pride Festival 2018, running from Monday, July 2 until Saturday, July 7 with the Parade on Saturday, July 7. There is something for everyone culminating in the annual Pride Parade and the PrideFest party directly after the Parade at the Hunt Museum. We want to welcome everyone to join us in celebrating LGBTQ culture in Limerick and show Limerick for the truly open and accepting city that she is. Our theme this year is “We Are Pride” celebrating the people who have worked tirelessly behind the scenes over the years to make Pride happen for Limerick. The Pride committee is delighted to announce Richard Lynch, founder of ilovelimerick as the Grand Marshall, of this year’s Pride parade in honour of the ten years of service he dedicated to the organisation of Limerick Pride from 2008 until 2017″.

Speaking about Limerick LGBTQ Pride Festival 2018, Richard Lynch said, “Pride means the world to me and I am incredibly proud of the progress we have made as a community. Beginning in 2001, the festival began humbly when community stalwarts Paddy Doyle and Nicole Dunphy organised the first Pride celebration with their events in both Cosmo and Yum Yum Niteclub. Every year since the festival has grown into what we have come to enjoy today. Pride began it’s now annual Pride Parade in 2007, with the first ever Pride Parade attracting crowds of several hundred people marching down O’Connell Street. September 2008 was the first year I worked with Pride and that year it became a week-long event which I called I Love Limerick as I wanted it to be integrative and give the music, arts, and culture of Limerick a platform. Alternative Miss Ireland Ms. Sheila Fitspatrick with her partner Madonna Lucia became the first Grand Marshalls for the Parade and led us down O’Connell Street and back to the first Pridefest where we tea-danced with Myles Breen. The Parade also included delegations from the leading trade unions and LGBT campaigns including Marriage Equality. This was also the first year that the national 300ft Pride Flag was unfurled down O’Connell Street and carried by those who marched. That Pride was also the birth of ilovelimerick, which will officially be ten years old this September and I am beyond honoured to be asked to be the Grand Marshall as this Pride is set to build on the success and positive energy of previous years festivals, promoting community spirit, community engagement, and celebration.”

The Limerick Pride LGBTQ Festival 2018 will be taking place starting on Monday, July 2 until Sunday, July 7 with the Parade on Saturday, July 7 and will feature a multitude of events from workshops, support meetings and discussions to evenings of music and club nights, to cater to the Pride needs of everyone. Lisa Daly adds, “We want to make this year’s festival a celebration for everyone in Limerick. The parade is a celebration of the rich diversity of the LGBTQ community in Limerick, Ireland and the world.”

On Monday, July 2,  Limerick LGBTQ Pride Festival 2018 Official Launch will be held at McGettigans Pub at Limerick City Hotel from 6 pm to 8 pm with free finger food, and performances followed by music from DJ Eamonn on the night.

On Tuesday, July 3,  Print with Pride takes place at Limerick Printmakers Studio & Gallery in Johns Square from 4 pm to 5.20pm. This is a free event where you can bring along your t-shirts, jumpers, tote bags, or simply use some of the paper at the event, to create your own custom Limerick Pride Silk Screen art piece.

Cupcakes with Charnell takes place in Hook & Ladder on Sarsfield Street at 6.00pm. Learn to make rainbow cupcakes in a hands-on baking class.  Discounted price of €5 for the class. Last year sold out so be sure not to miss your chance this year by booking your tickets early. Email [email protected] to book.

On Wednesday, July 4, Queens on the Cobbles takes place at Cobblestones Joes at 8 pm. This free entry event promises to be a great evening, with loads of different types of entertainment such as magic, comedy, drag performances and live bands.

On Thursday, July 5, ‘I Heart the Cranberries’ by The Limerick Lady & Limerick Pride takes place at Dolans Warehouse at 9 pm and the event is already sold out! A loving tribute to the music of The Cranberries in Aid of Adapt House and Limerick Mental Health this very special concert with over twenty artists from all over the country gathering to pay tribute to Dolores O’Riordan.

‘T’was the night before Pride’, a free entry traditional pre-pride party with guest DJ’s and camp classics will take place at Mickey Martins from 9pm-1am.

On Saturday, July 7, the Limerick LGBTQ Pride Festival 2018 Parade will bring some extra colour and music to Limerick City Centre, gathering at City Hall at 1.30pm the Parade will make its way at 2.30pm sharp up O’Connell Street, across Mallow Street to Henry Street, past Arthurs Quay Park and ending at the Hunt Museum for PrideFest 2018 a showcase of local LGBT culture in Limerick in a lavish marquee in the museum gardens from 3 pm – 6 pm. This is a free family-friendly event with a free bouncing castle for kids, cone van, cafe and bar on site, live music from Voice of Ireland Emmett Daly & Cork duo Sparkle, with plenty of entertainment. Pride have teamed up with Nevsail Watersports/Limerick Adventures to offer 50% off during Pridefest.

That night after Pridefest, for the first time in Ireland, Lasgo vs Ian Van Dahl Battle Tour will headline the Pride Climax Party. From 9 pm the Warehouse will light up for this year’s pride party with acts from across the globe. KiKi St Clair is your host for the evening with performances from Fada, Letycha Le’Synn, Mia Gold and Europes number one Pink tribute act Laura Tapp. With three venues, three DJs, including Saved by The 90’s upstairs in Dolans & 80’s and camp classics in the Kasbah Club. Pre-tickets are on sale & can be purchased online for €12 here.

This year’s Pride will have an educational aspect. Support meetings will be held during the week for youth, adult and trans groups. GOSHH, 18 Davis Street will provide Rapid HIV testing at different points in the week. Call GOSHH on 061 314354 for more information.

For the full line up for Limerick LGBTQ Pride Festival 2018, go here. 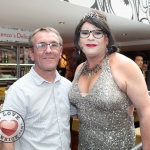 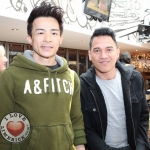 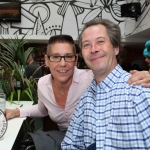 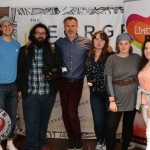 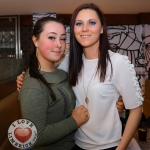 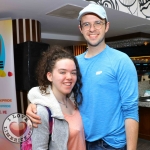 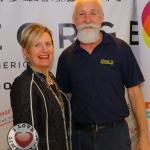 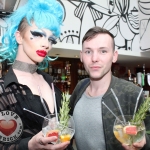 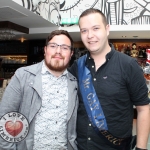 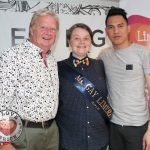 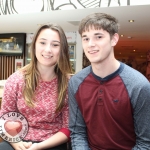 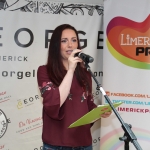 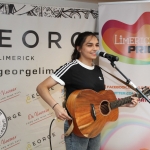 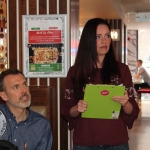 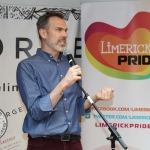 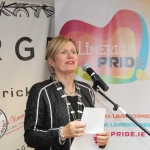 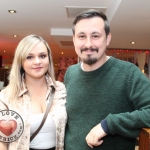 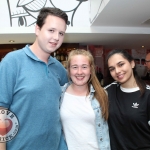 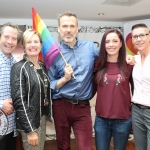 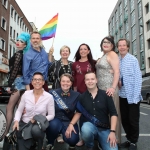 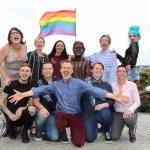 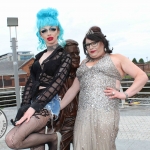 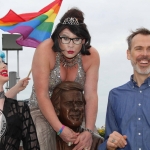 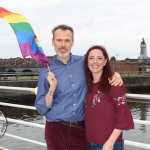 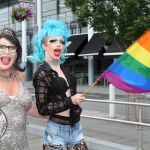 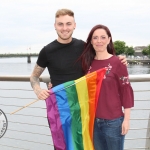 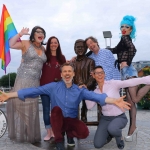 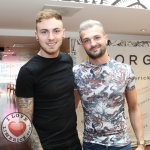