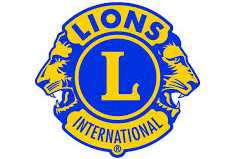 The Limerick Lions Club gala concert, which will feature The Garda Band and guests, including tenor and soprano singers, Mairead Buicke and Own Gilhooly. The Aoide Choir will also feature on the night, on Thursday, October 29, at the South Court Hotel, 8pm. All proceeds will benefit numerous local charities.

Irish Lions are members of Lions Clubs International, a community service organisation dedicated to the idea that the men and women who live in a community are in the best position to know who needs help and why.

Their scope is wide, and include aims to provide practical help where and when it is needed in the local communities.

Mairead Buicke, performing on the night, was born in Limerick and holds a first class honous BA Performance Degree from the Royal Irish Academy of Music.

Mairead sang as a young associate artist with Opera Theatre Company in 2004 and also joined the young artist programme at the Aix en Provence Festival in 2005.

She also toured Ireland playing the role of Maria Callas in the popular show Casta Diva. In April Mairead sang popular operatic arias on O’Connell Street, Dublin as part of ‘The Road to the Rising’ celebrations.

Owen Gilhooly, also performing on the night, studied with Jean Holmes at the Limerick School of Music and subsequently at the Royal College of Music and National Opera Studio, made his Royal Opera House debut singing Fauré Requiem for the Royal Ballet and in 2007 represented Ireland at BBC Cardiff Singer of the World.

Having had a significant career as a high baritone, his voice has now developed into the tenor range with focus on lirico-spinto repertoire including Macduff Macbeth, Don José Carmen, Lensky Eugene Onegin, Cavaradossi Tosca. He continues his vocal studies in London with David Pollard. He is currently pursuing Doctoral studies at the Royal Irish Academy of Music where he was recently appointed to the Vocal Faculty.

The nigh is expected to be an entertaining event, for all to enjoy, benefitting a number of worthy, local charities.