By Richard Lynch on January 13, 2019@richanthon RTÉ broadcaster Liz Nolan recently launched the Limerick Literary Festival 2019 in honour of Kate O’Brien at O’Mahony’s bookshop.  The Festival was founded in 1984 and its 35th year promises to be it’s most magical yet.  Limerick Literary Festival 2019 will run from February 22 -24 and is one of Ireland’s most vibrant and successful festivals, showcasing the best in Irish and international contemporary literature in a diverse and eclectic programme.

The weekend will see lectures by Lyndall Gordon, Philippe Claudel, Liz Nugent, David Park, and Richard Ford among others as well as popular events return such as the Kate O’Brien Lecture and Desert Island Books.

Also to take place during the festival is the 4th annual Kate O’Brien award for a debut novel from an Irish female author. The winner will be chosen from the following shortlist:

Shortlist judge Vivienne McKechnie commented on the high standard of all the submissions. ” It has been a wonderful year of debut novels for Irish female writers”. The winner of the award will be announced on Sunday, February 24. 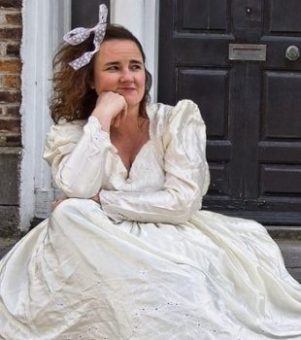 Ann Blake’s International award-winning play ‘The Morning After the Life Before’ will play at Dolans as part of the Festival. Picture: Ken Coleman

Dolans is where edgy entertainment meets irreverent comedy at 8 pm on Saturday, February 23 in the shape of International award-winning play ‘The Morning After the Life Before’, fresh from runs in Montreal, London, and New York. The show will be followed by a panel discussion with playwright/actress Ann Blake, Emilie Pine, Niall MacMonagle and RTÉ producer Paula Shields.

Flying the flag for poetry, in partnership Alliance Francaise, will be French poet and film director Philippe Claudel. Limerick poets Jo Slade and Ciaran O’Driscoll will read in the Granary Library on the Friday morning of the Festival.  Adam Wyeth will talk about the legacy of Limerick poet Desmond O’Grady.  Irish novelist and academic Éilis Ní Dhuibhne will talk about Kate O’Brien and her work. For a special highlight this year for the Festival, The National Library of Ireland in partnership with Limerick Literary Festival will present The Blank Page featuring Martin Dyar, Clodagh Beresford Dunne, and Niall MacMonagle who will explore the making of a poem.

Desert Island Books is a very popular event on the programme and this year it will be presented by David Park and Eileen Battersby’s beloved daughter Nadia Whiston Battersby.  It’s always wonderful to hear about the books that both inspire and console.