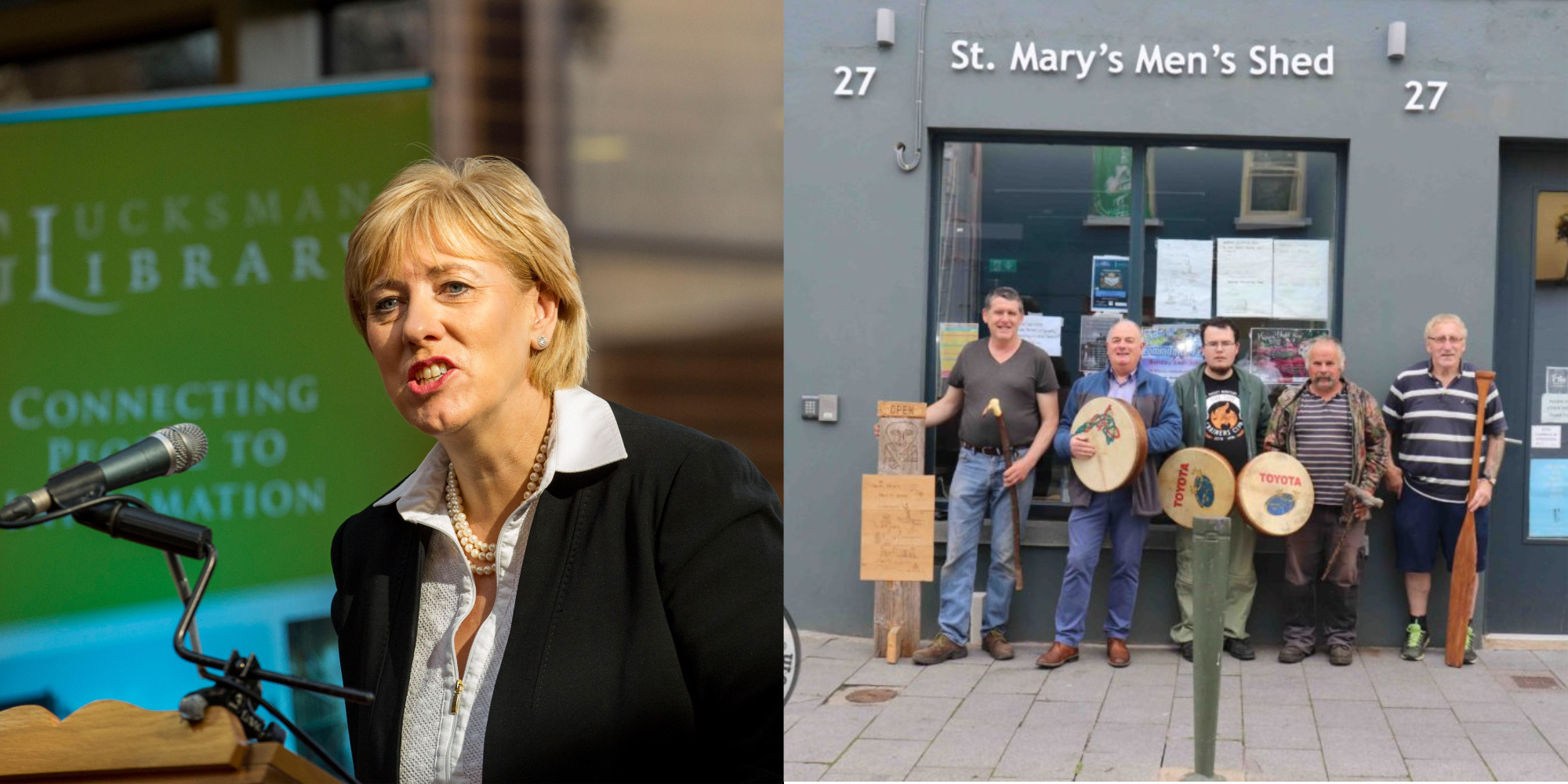 Currently, there are over 450 sheds in Ireland supported by the Irish Men’s Sheds Association, with at least 10,000 men visiting a shed every week

Mens Sheds in Ireland received great news this month as Heather Humphreys TD, Minister for Rural and Community Development announced a total funding of €800,000 towards Mens Sheds. Niall Collins TD announced that of this total funding, €50,000 has been awarded to 25 Mens Sheds in Limerick. Out of the Limerick mens shed funding, each shed in Limerick is to receive €2000 each to help with running costs such as electricity bills and insurance to ensure the popular sheds stay open.

The grant scheme will be administered by the Irish Men’s Sheds Association and the scheme will open in early December. Ireland has become one of the leading nations for men’s sheds in recent years, with Ireland having the most sheds per capita. Currently, there are over 450 sheds in Ireland supported by the Irish Men’s Sheds Association, with at least 10,000 men visiting a shed every week. All sheds are independent and the range of activities carried out by sheds differ from each one. Most sheds take part in activities such as woodwork, gardening, and work within their community. There are sheds that cater to special interests and provide more focus on certain activities and hobbies like music, fishing and restoration work.

Minister Humphreys said, “Our Men’s Sheds provide an absolutely invaluable service in communities the length and breadth of the country. They help tackle isolation and provide a welcoming and comfortable space for men to come together and socialise.

“And as we enter the winter period, the supports that our Men’s Sheds provide are even more important. I know that like any voluntary organisation, Men’s Sheds are facing larger bills due to the cost of living. I hope this funding will assist them over the winter months and help bring our Men’s Sheds from strength to strength.”

Minister Collins said, “I’m delighted to see this grant funding for Men’s Shed’s across Limerick which will be a help towards their running costs for energy or insurance, or for small improvements. Men’s Sheds provide a valuable service in our communities by offering a place for men to socialise and come together with friends.

“Limerick Mens Sheds receiving the funding will include Caherdavin and District Mens Shed, Adare Mens Shed, Mulcair Mens Shed, Dooradoyle Raheen Mens Shed, and Newcastle West Mens Shed. I’m delighted to see this support for our local communities, and I will continue to work with Government to ensure more supports for local community groups across Limerick.”

Find out more information about the Limerick Mens Sheds funding

Related Topics:Limerick Mens Shed
Up Next