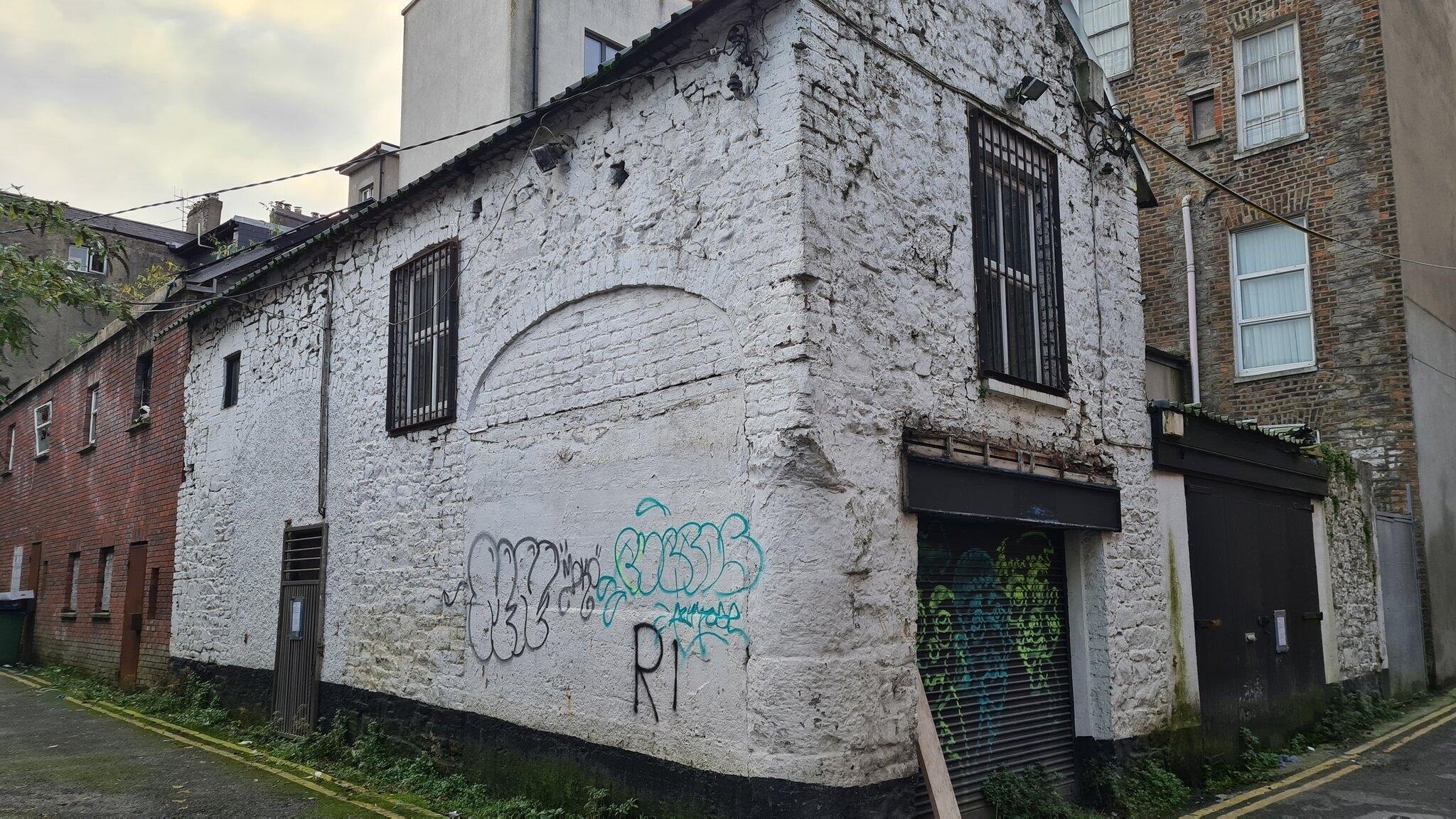 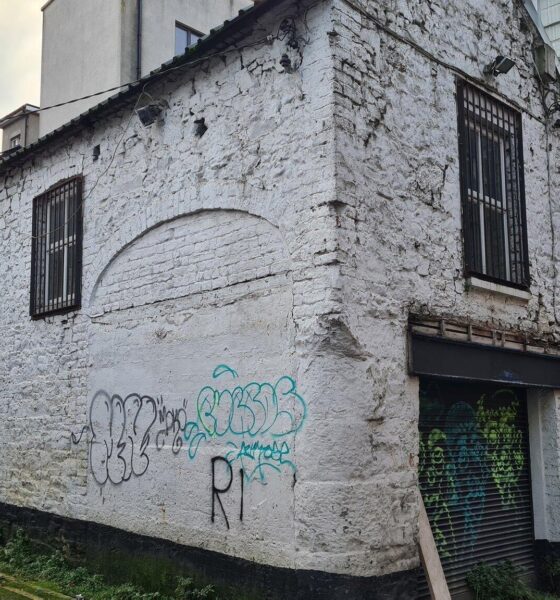 Limerick Mews buildings – Concerns have been raised over the possible demolition of these 19th Century mews buildings on Cecil Street. 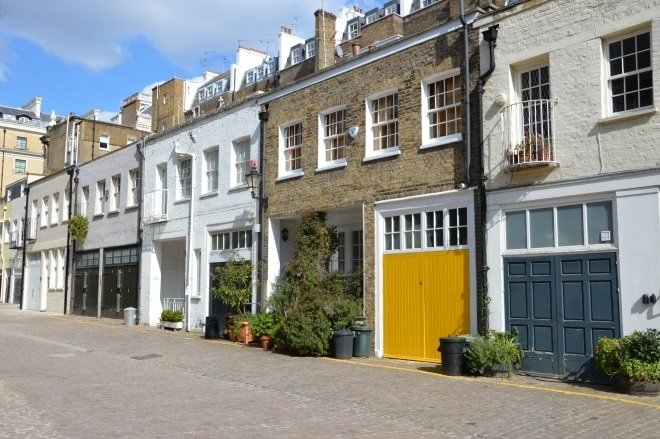 Mews buildings which have been converted into houses in London.

Concerns have been raised over a planning notice erected at the site of two 19th Century Limerick mews buildings on Cecil Street.

The planning application highlights an intention to demolish ‘the existing derelict building’ in order to construct two one-bedroom apartments.

Identifying the buildings as ‘derelict’ caused great commotion online when fourth-generation church decorator and President of the Thomond Archaeological and Historical Society, Randel Hodkinson, tweeted pictures of the site and planning notice.

“I was out for a walk in the city, and I just happened to see the notice. I was shocked to see that there were plans submitted to demolish the two Limerick mews buildings, as they are the only remaining buildings of their kind in the area,” Hodkinson tells I Love Limerick.

“I decided to highlight it online, especially due to the wording of the planning application, to demolish a ‘derelict building’. There was no description of the buildings themselves or their history.”

The two mews buildings date from the first half of the 1800s when Cecil Street was first developed. Mews buildings were erected in a laneway to the rear of grander Georgian homes to accommodate coaches and horses, with small living quarters above.

Decided to fix this application for the Architects. "Demolishing the last two, mostly intact,19th Century Mews Buildings, off Cecil St. , one with a chamfered stone corner, both dating to approx 1840, and replace with two, 1 bedroom apartments pic.twitter.com/jGT1Dvj6xJ

The buildings in question have several unique features dating from the Georgian era, including a sizeable chamfered stone corner designed to curve the edge of a building, making it easier for carriages to turn into a laneway.

The location of the mews buildings could potentially prevent their demolition, as they lie within a Limerick City and County Council architectural conservation area. Under the National Inventory of Architectural Heritage, buildings in the Cecil Street area are deemed important, in terms of ‘architectural and special interest.’

A decision is due to be made on the planning application by December 16. The window to submit comments, objections or observations has now passed, closing on November 25.

The demolition of Limerick’s Georgian architecture has been noticeable in recent times, as developers work to modernise the city centre.

While some locals welcome these changes, others fear for the character of our historic city.

“Tourists come to Limerick to look at the architecture. They don’t come to look at new buildings,” believes Randel Hodkinson.

“We should be cherishing our old buildings because we have already lost so many in the past.”

For information on live planning applications in Limerick, go HERE