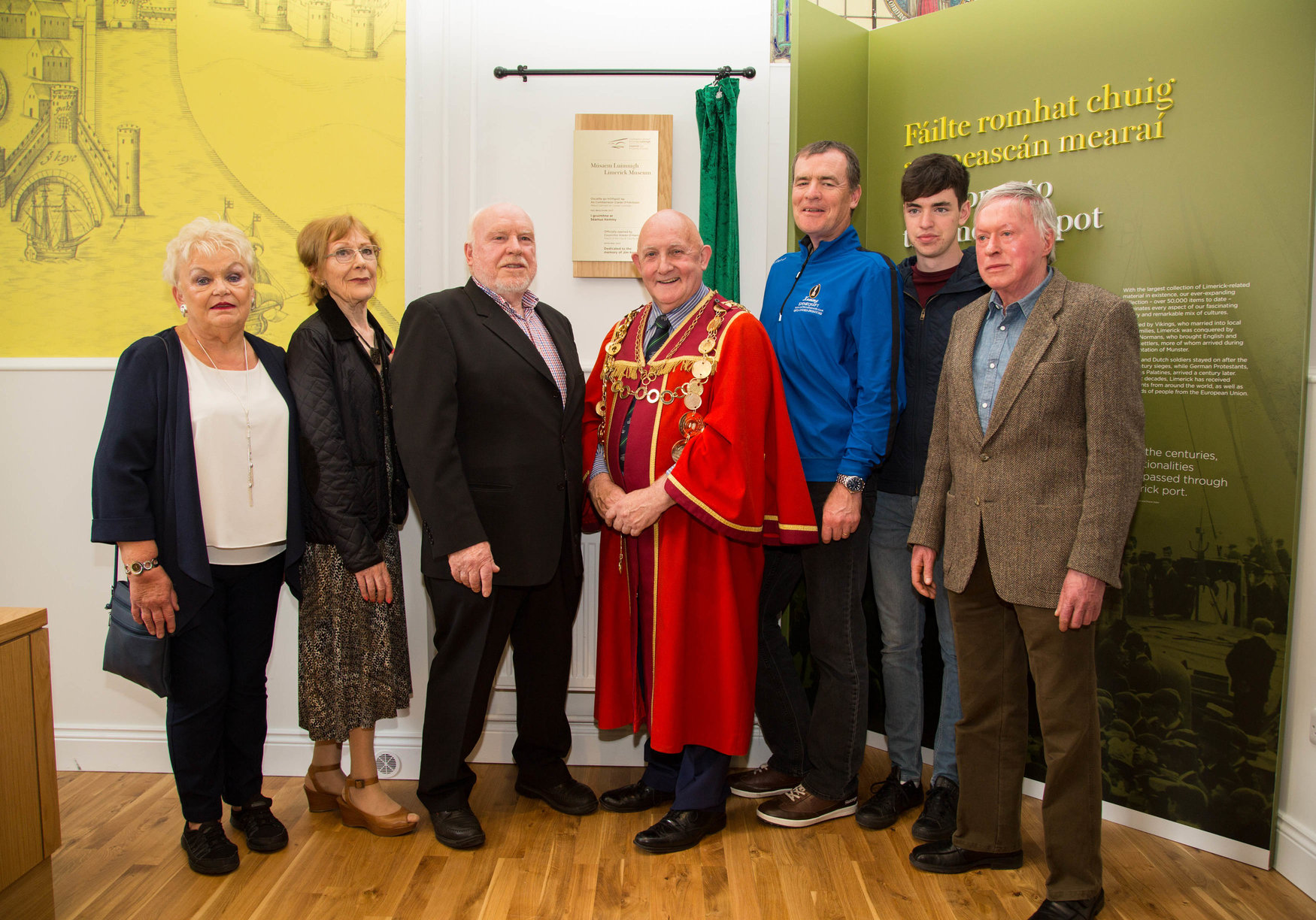 Limerick Museum has opened the doors to its new home at the former Franciscan Friary on Henry Street in the heart of Limerick city.

The museum will house one of the largest collections of any Irish museum.

Established in 1916, Limerick Museum is the oldest local authority museum in the state and with nearly 60,000 objects and its aim is to collect, preserve and display objects that tell the story of Limerick and its people.

Limerick Museum is dedicated to the memory of Jim Kemmy, the former Democratic Socialist Party and Labour Party TD for Limerick East and two-time Mayor of Limerick.

The story of the city and county is presented through its objects, from Stone Age axes to medieval coins, from the civic sword of Queen Elizabeth I to medals presented to veterans of the 1916 Rising.

Among the more unusual items include Ireton’s Cat, a mummified cat found on Nicholas Street in the 1890’s; a fragment of the largest meteorite that ever falls in Ireland in 1813 and two World War II gas masks, that fortunately never had to be used.

Mayor of the City and County of Limerick Cllr Kieran O’Hanlon said: “As we inaugurate this Museum, we have the opportunity to contemplate what it represents: the inspiring traditions of the past, the challenges of the future, and the continuing development of our city and county.”

“Limerick is currently undergoing a cultural renaissance which is part of a larger economic revival that continues to gather pace.  Limerick Museum has a major role to play in this renaissance.  Centrally located, it will have enormous appeal to both Irish and overseas visitors.  Along with its partner institutions such as the Library Service, Limerick Archives, Limerick City Gallery of Art and Hunt Museum, it brings our long, colourful and unique history to a wider audience.”

Pictured at the opening of the new Museum were Mayor of Limerick Cllr. Kieran O’Hanlon and Michael O’Donnell, Frank McCourt Museum.

Josephine Cotter Coughlan, Director of Service for Culture and the Arts said: “We are entering a new era in the 101-year history of Limerick Museum, the oldest local authority museum in Ireland.”

“What you see here today is Phase One of Limerick City and County Council’s plan to convert the entire Franciscan Friary into one of the finest museums in the country.”

“I would like to pay tribute to all those who were involved in bringing about the creation of this new Limerick Museum and acknowledge the contribution of Mary Immaculate College, The Bonaventure Trust and the Franciscan Order who have worked in partnership with Limerick City and County Council to make this building available as the new home for the Museum for the people of Limerick city and county.”

Dr Matthew Potter, Curator of the Limerick Museum added: “Limerick Museum is a portal to the past.  As the Turkish Nobel laureate Orhan Pamuk once said ‘real museums are places where time is transformed into space’, so Limerick Museum transforms 9,500 years of the city and county’s history into a space that is informative, interesting and entertaining.”

“Limerick has one of the largest collections in the country, thanks in no small part to the work of the last two curators who assembled a great deal of the collection – Larry Walsh who was the first full-time curator in 1977 to 2012, and then the recently retired Brian Hodkinson from 2012 to 2017.”

“We hope to attract even more people to visit the Museum which now has its home in the magnificent setting of the former Franciscan Friary, right in the city centre.”

To read more stories about history in Limerick, click here.