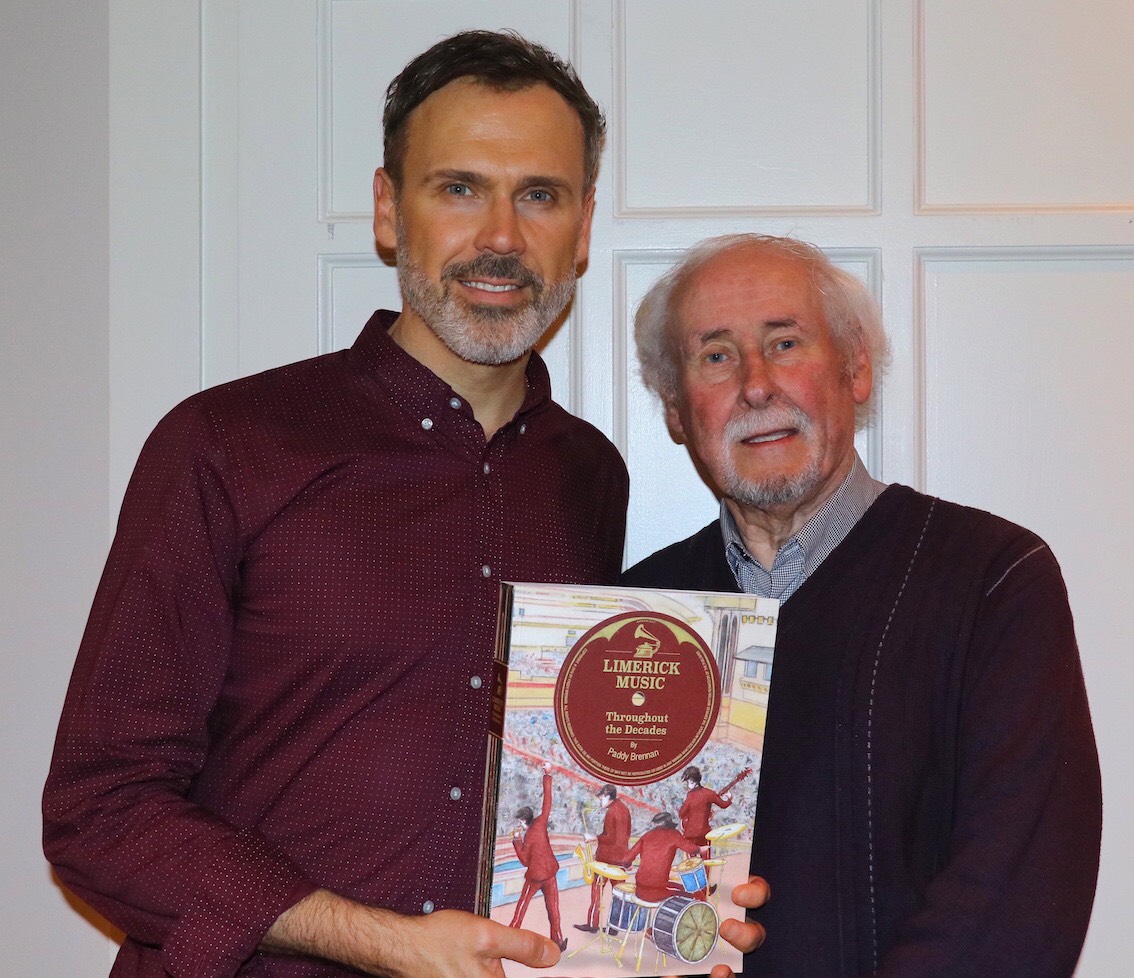 Paddy Brennan of Limerick Rock n Roll Club has released his much-awaited book ‘Limerick Music throughout the Decades’, which explores the history of music in Limerick from the 1800s to 2018.

Limerick Music Throughout the Decades celebrates and showcases Limerick’s musical history, featuring articles on important local musical figures and bands and is a record of Limerick’s fine musical heritage.

When asked what inspired him to compile the book Mr. Brennan said, “The idea for the book came after  I released a 62 song collection of songs by Limerick artists a few years ago. I felt that all this music and the stories behind its creation needed to be put down in print. It took three years of research to compile the entire book.”

A collage of remarkable musicians that have entertained us all throughout decades.

The book has a total of 556 pages that speak of the Limerick music memorabilia and also contains rare photographs from the same period, with over 1400 photos in colour and black and white.

The book consists of an extensive section devoted to the works of The Cranberries. The pages also include articles and photographs on classical and opera music from the 1800’s.

The book focuses a great deal on the era of the Showbands, and Ceili bands that used to perform in the dance halls across Limerick City and County. It features stories of the recording studios, the venues and even talks about the time when pirate radio stations were the most popular thing in Limerick in the 1980’s.

The book launch along took place at Thomond Park Stadium on Bank Holiday Monday, October 29 and featured live performances including singer Emma Langford with a tribute to the Cranberries.

The MC for the night Lorcan Murray and Mick Moloney of 1960’s trad group The Johnstons flew in from the US to speak at the event.

Priced at €30, Limerick Music Throughout the Decades is available on shelves at O’Mahony’s Bookstore, Crescent Shopping Centre, Eason at The Parkway and The Hunt Museum.

For more information on Book Launches in Limerick go here