Limerick Musical Society are pleased to announce their spring production is the Limerick premier of “Annie Get Your Gun’ which will be staged at the University Concert Hall from Thursday, April 26 to Saturday, April 28 for a three night run.

The multi award-winning musical society brought you ‘The Witches of Eastwick’ last March in which they won best overall musical in the Sullivan category of the Association of Irish Musical Societies competition, and this year they will stage the Irving Berlin (music) and Dorothy Fields (book) much loved ‘Annie Get Your Gun’.

Rough-and-tumble Annie Oakley is the best shot around. A backwoods gal, Annie uses her skill to support her family by selling the game she hunts. When she’s discovered by Buffalo Bill and persuaded to join his Wild West Show, Annie is plucked from obscurity and becomes the toast of Europe.

Annie meets her match in Frank Butler, Buffalo Bill’s leading man and star marksman. She falls head over heels for Frank, but soon eclipses him as the main attraction in the show. Her success with a gun makes trouble for Annie’s chance at romance.

Annie Get Your Gun follows the journey of Annie and Frank, revealing their competitive natures as they vie for best shot – and each other’s hearts.

This fictionalized version of the life of real-life sharpshooter Annie Oakley and her romance with Frank Butler boasts a score of Irving Berlin gems including “There’s No Business Like Show Business”, “I Got Lost in His Arms”, “I Got the Sun in the Mornin’’, “Anything You Can Do”, and “They Say It’s Wonderful”.

Limerick Musical Society has established itself as being one of the leading amateur musical theatre companies in Ireland. It has had the pleasure of performing regularly to sell out audiences in the University Concert Hall, and has been acknowledged for its substantial contribution to the arts and culture of Limerick.

Throughout its 15 year history, the society has produced a spectacular variety of shows ranging from the traditional Gilbert and Sullivan to the modern offerings of ‘Evita’, ‘CHESS’, and ‘The Witches of Eastwick’. In recognition of the high standards achieved, the society has also been awarded numerous national laurels from the Association of Irish Musical Societies.

The musical will be directed by Des Henn; choreographed by Niamh Twomey and musical direction by Maire Keary-Scanlon. 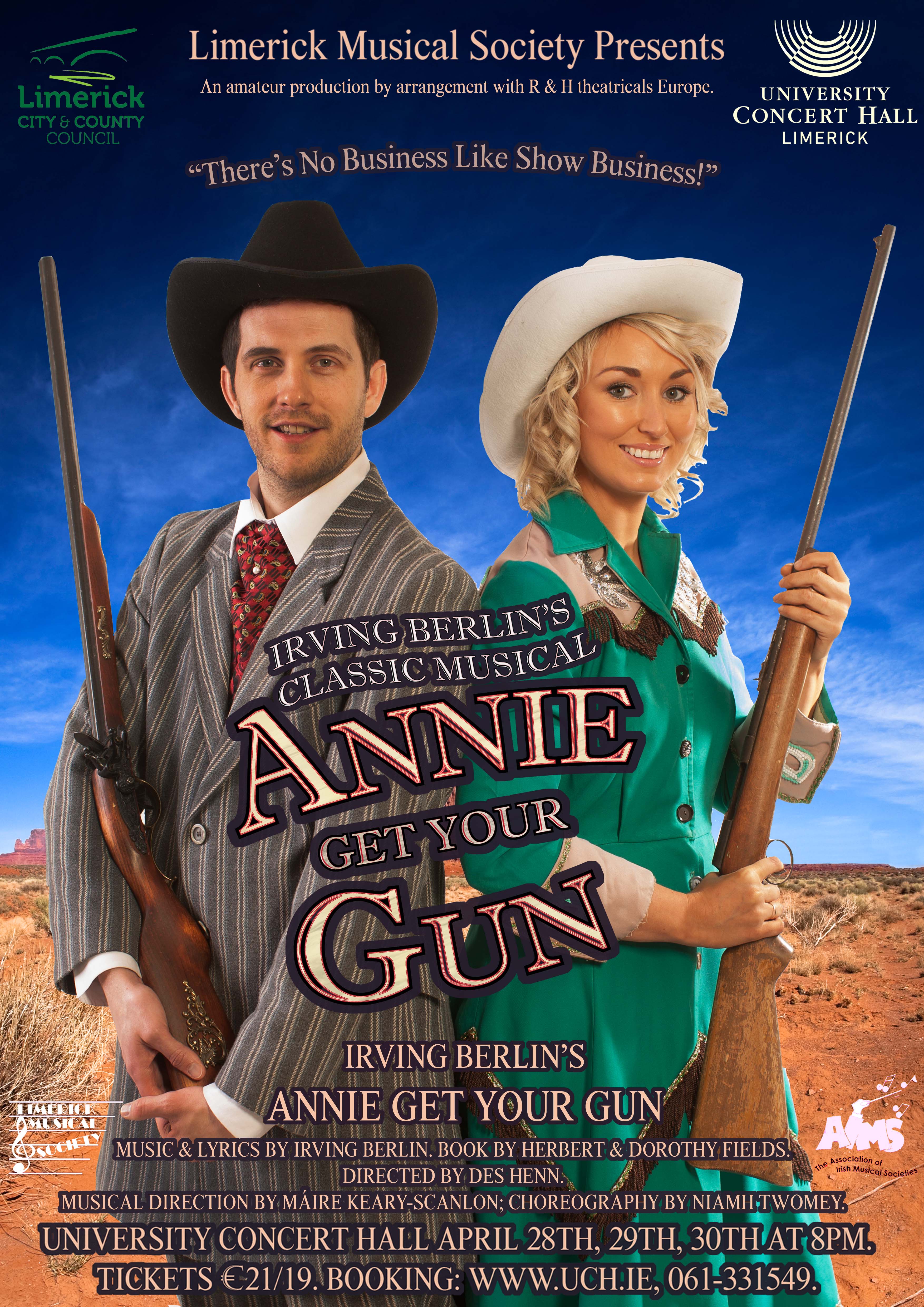