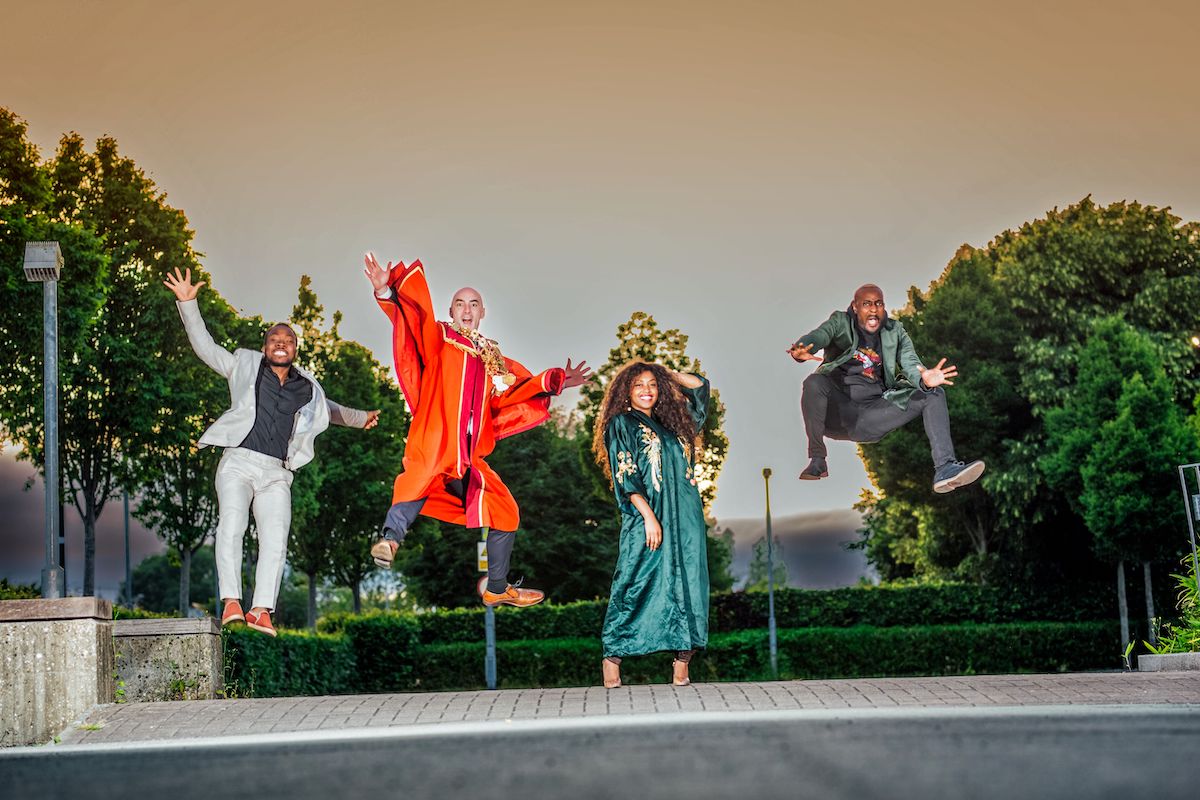 Limerick Musicians Mayoral Reception – Denise Chaila, MuRli and Godknows were recognised for their achievements in both the Limerick and national music scene at a reception hosted by Mayor Daniel Butler. Picture by Brian Arthur.

Three successful Limerick musicians, hip-hop artists Denise Chaila, MuRli and Godknows, were honoured with a Mayoral Reception on Wednesday, June 22 at the Council Chamber in Dooradoyle.

The successful trio were recognised for their achievements in both the Limerick and national music scene at a reception hosted by Mayor of Limerick City and County, Daniel Butler.

The trio have garnered a huge following collectively and individually over the past number of years, and recently made a series of memorable appearances on Ed Sheeran’s Mathematics Tour, hyping the crowd with hit songs such as ‘Out the Gaff,’ ‘Anseo’ and ‘061’.

Denise Chaila entered the international music scene with hit song, ‘Chaila’, and has been truly unstoppable ever since. Her latest body of work, ‘It’s a Mixtape’, was released in 2021 and has since received a European Union ‘Music Moves Europe’ Award. Following a collaboration with Ed Sheeran last month, releasing a remixed version of his single 2Step, Chaila will perform a headline show at King John’s Castle on Saturday, August 20.

Chaila, Godknows and Murli collectively founded leading Irish hip-hop label ‘Narolane Records’ in 2019, which, along with a cohort of talented rappers, singers and producers, pushes the boundaries of creativity ‘beyond any previous limits’.

Before founding Narolane, Godknows Jonas was known for his work with hip-hop trio ‘Rusangano Family’ alongside MuRli and another artist MynameisjOhn. Their album, ‘Let the Dead Bury the Dead’, won the coveted Choice Music Prize in 2016.

MuRli has also had his share of success this year, releasing an EP back in March titled ‘The Sky has Windows’. In 2018, he was invited to take part in PEOPLE festival and take residency at FunkHaus studios in Berlin alongside 200 artists from around the world – an experience he credits with giving him the motivation to work on his debut album.

Family and friends of the three stars attended the ceremony, which  Godknows called “one of the greatest days of our lives”. Others in attendance from the music world included Mick and Valerie Dolan from the venue Dolan’s, where the trio have performed many times.

Mayor of Limerick Daniel Butler said following the Limerick musicians Mayoral Reception, “Sometimes moments we are part of are bigger than us, this was one of them. These three beautiful people are more than artists, they are a movement creating social & cultural change. My heart is full of pride for them.”