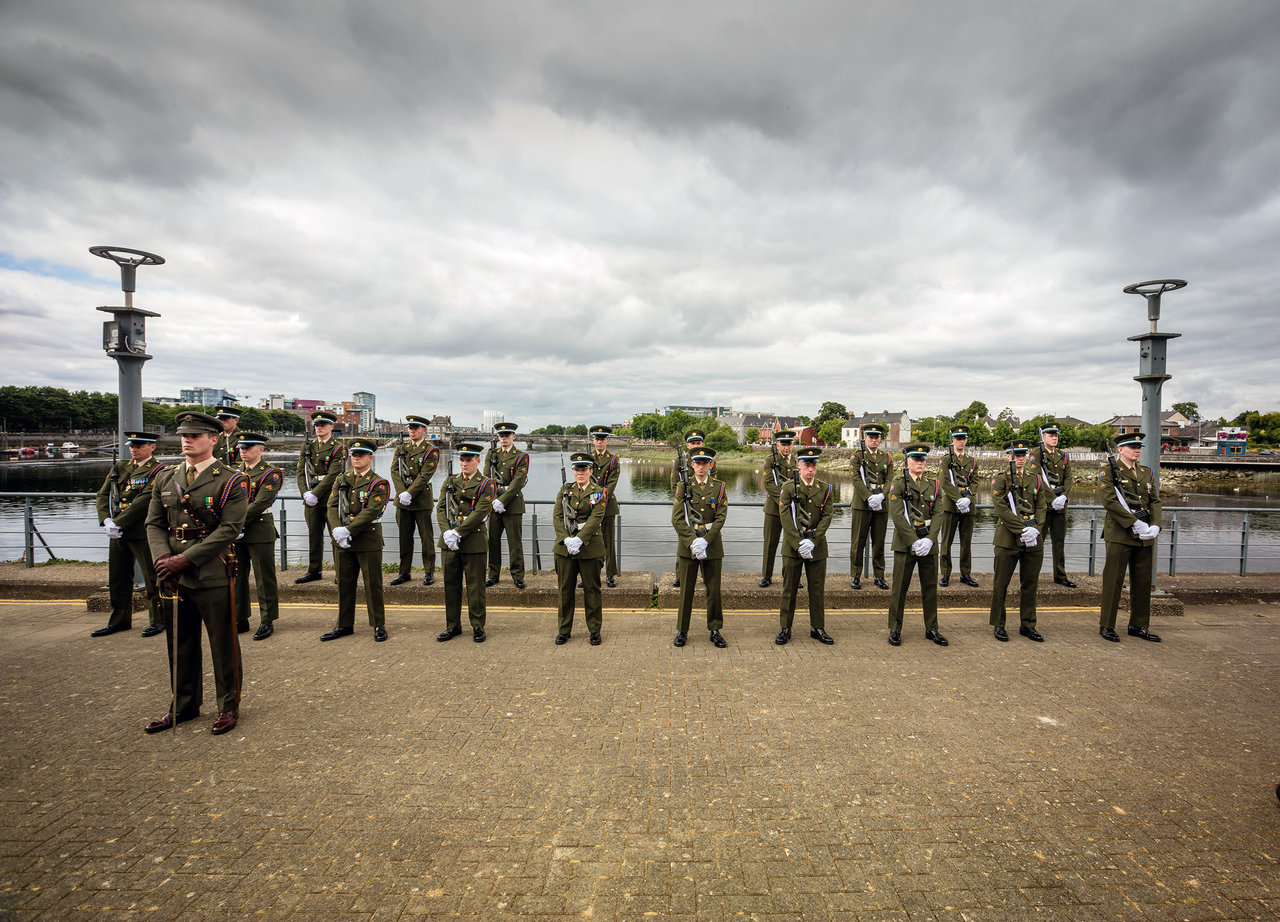 Limerick National Day of Commemoration Ceremony, to honour all those Irish men and women who died in past wars or on service with the United Nations in the Garden of Limerick City and County Council, Merchant’s Quay, Limerick with Mayor of Limerick City and County, James Collins performing a wreath-laying ceremony.
The 12th Battalion, Sarsfield Barracks.
Picture: Keith Wiseman

Limerick hosted a Day of Commemoration ceremony on Sunday, 8th July 2018, to honour all Irishmen and Irishwomen who died in past wars or while serving on peacekeeping missions with the United Nations.

This is the eight year that Limerick City and County Council has hosted the Limerick National Day of Commemoration which honours the fatal casualties of war and conflict. The ceremony took place at 11.00 a.m. in the courtyard area in the grounds of the Council Buildings at Merchant’s Quay.

The Mayor of the City and County of Limerick, Councillor James Collins who was only recently elected to the office of mayor on the 29th June 2018 was in attendance at the ceremony. He laid a wreath honouring those who lost their lives while serving their country, the National Flag was raised and a minute’s silence was observed.

The multi-faith ceremony was open to members of the public, with representatives from the Roman Catholic Church, Church of Ireland, the United Presbyterian and Methodist Churches, the Jewish Community and the Islamic Community leading the ceremony with prayers and readings.

A wide cross-section of the community was in attendance including next-of-kin of those who died on service with the UN and ex-servicemen and ex-servicewomen.
A guard of honour was provided by the 12th Infantry Battalion based at Sarsfield Barracks, Limerick.

The National day of commemoration takes place every year on the Sunday closest to July 11, the anniversary of the date in 1921 that a truce was signed ending the Irish War of Independence.
The ceremony lasted approximately 45 minutes. Other ceremonies took place nationwide. The principal ceremony is normally held at the Royal Hospital Kilmainham, Dublin but this year the main national ceremony in Dublin took place in Collins Barracks, Dublin 7.