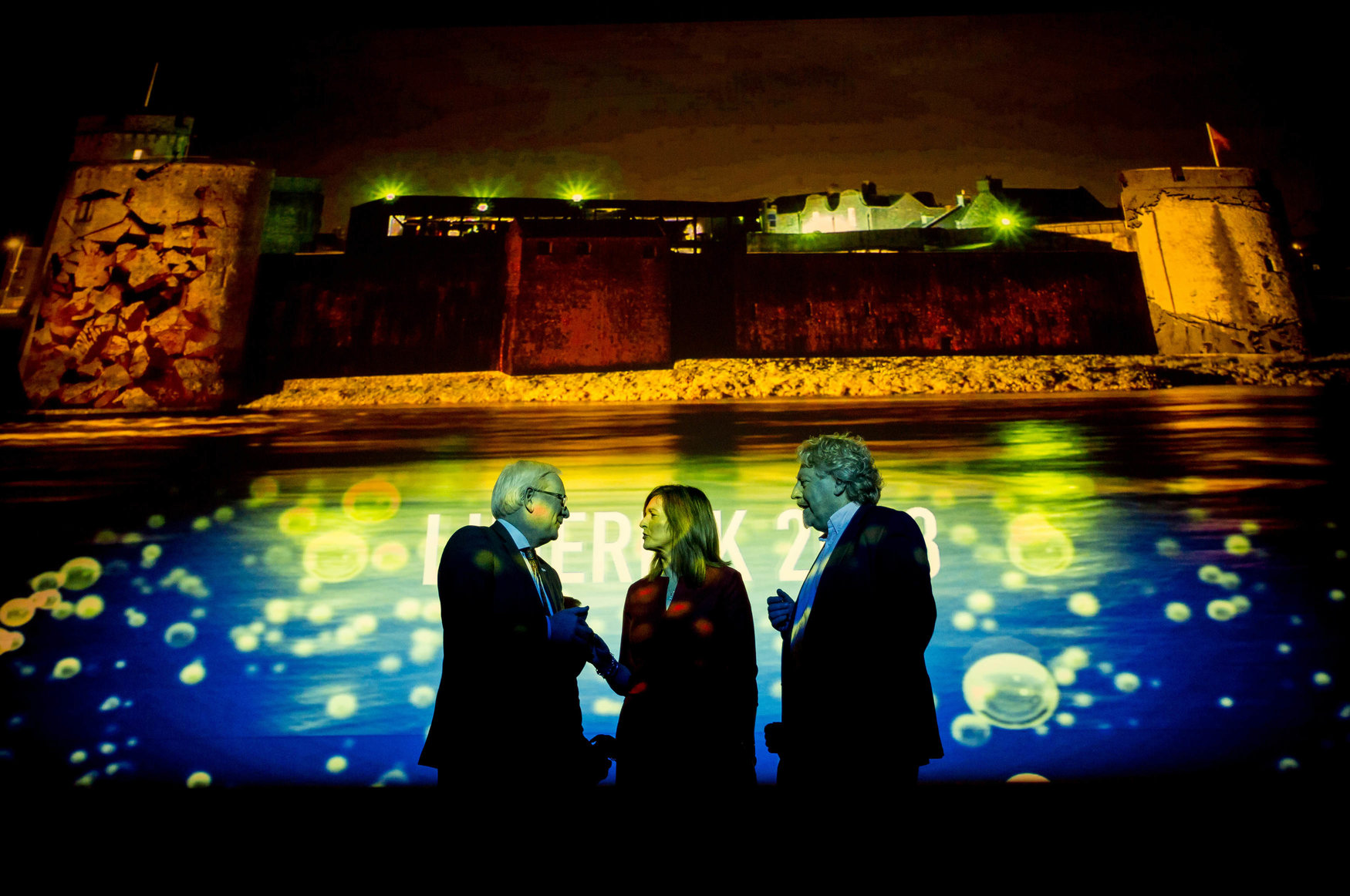 On New Year’s Eve, the walls of the King John’s Castle will come alive with a specially commissioned video projection to animate the facade of the Castle, turning it into a giant tapestry.

The skies of Limerick will also transform into an explosion of colours during the spectacular Limerick New Years Eve Fireworks Extravaganza. There will be musical entertainment and the video project to animate the facade of King John’s Castle from 8.30pm followed by a fantastical fireworks display at 9 pm.

The Limerick New Years Eve at King John’s Castle event is being staged thanks to a collaboration between Shannon Heritage and the Limerick School of Art & Design LIT, with grant funding and support from Limerick City and Council County.  Families and people gathering in Limerick City for New Year’s Eve celebrations can expect a spectacular end to 2017.

Launching the event Niall O’Callaghan, Managing Director, Shannon Heritage said: “We wanted to make it an extra special occasion for the people of Limerick and visitors from home and overseas to experience and enjoy. The video projection mapping event gives us the perfect way to do just that. We are fortunate to have a superb school of art and design in Limerick and exceptional students and staff at LIT who are using their considerable talents to make this a truly magical and memorable event at our iconic visitor attraction.”

LIT will deliver the creative content with a cross-campus collaboration team lead by Limerick School of Art and Design’s Ken Coleman based at Clonmel and Art O’Laoire, from the faculty Applied Science, Engineering and Technology.

The content for the video projection mapping is a closely guarded secret at present, but the organisers say it will combine the use of dramatic film footage and digital graphics.

Commenting on the project Mike Fitzpatrick Head of LSAD said: “We are very excited to take on this challenge of creating a video mapping project on this scale.  What better way to showcase the wonderful talents of Limerick School of Art and Design lecturer Ken Coleman’s and LIT’s technical guru, Art O’Laoire, bringing their creativity together to turn the Castle into a dazzling high impact visual presentation. The setting of King John’s Castle on the banks of the Shannon makes the project all the more dramatic. To enhance the anticipation we are keeping the content a surprise, suffice to say it’s a fast-paced journey across time and space, the struggle between good and evil…..all will be revealed.”

The spectacular event which takes place before the New Year’s Eve fireworks display will be visible from vantage points around the King John’s Castle area and is being managed by Grooveyard Event Management Company. People are being advised to arrive early to be assured of a good view.