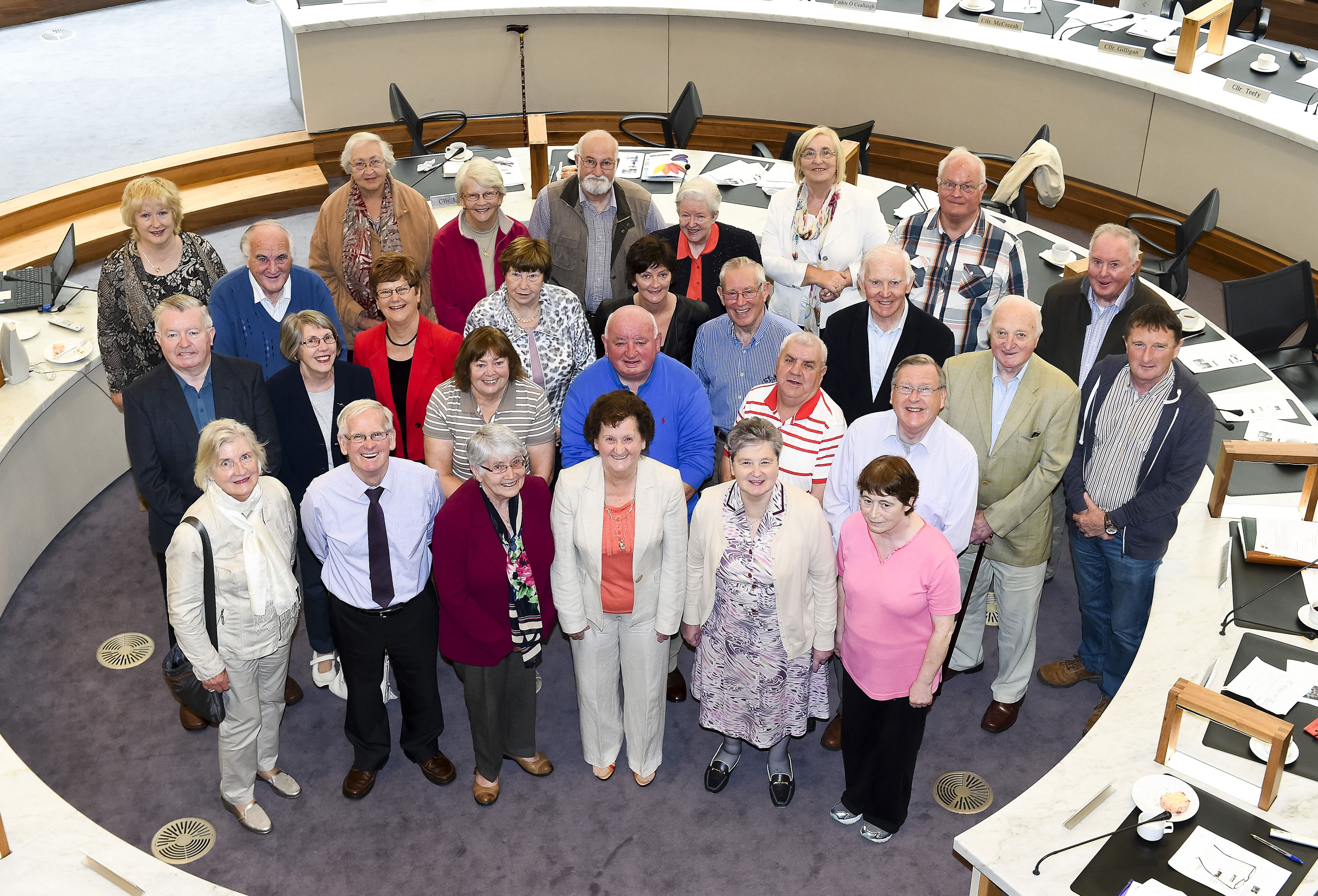 Members of the Older People’s Council pictured before their meeting at Limerick City and County Council, Dooradoyle. Picture: Diarmuid Greene/Fusionshooters.

A key objective of the Age Friendly Limerick Strategy 2015-2020 was delivered on today (Friday, 4 September 2015) when the Limerick Older Peoples Council held its inaugural meeting at County Hall in Dooradoyle.

Comprising 36 members drawn from Active Retirement and Senior Citizen Groups, Probus Groups and the Limerick Seniors Forum, the Older People’s Council has been established to become the voice of Limerick’s older people ensuring they are involved in decisions that affect their lives.

The forum has been set up by Limerick City & County Council as part of its commitment under the Strategy.

The opening address at today’s inaugural meeting was delivered by Cllr. Liam Galvin, Mayor of the City and County of Limerick.

“As a Council, your primary role will be to represent the voice of older people from all walks of life, including people who can’t take part directly in the decision making process,” Mayor Galvin told those in attendance.

He continued: “By doing so, you will play an important role in the implementation of the Age Friendly strategy and in bringing to the attention of the Age Friendly Alliance, issues that might arise within Limerick communities that affect Older People. These issues include isolation and loneliness to fitness and active ageing. In this age of rapid changes in society, it is important that no section of our community is left behind.”

“It is clear that the percentage of Limerick’s population aged 65 years or over will continue to increase over time and therefore, we must be ready to face the challenges that such an eventuality will bring to society. The Older People’s Council is at the forefront of these efforts locally,” added Mayor Galvin.

In partnership with key stakeholders the Limerick Older People’s Council will work with Limerick Age Friendly Alliance to promote the use of existing recreation and green spaces and identify areas that have potential for age friendly adult exercise equipment and tone zones to increase the activity levels among older people particularly those that are disconnected.

Simultaneously, the Older People’s Council will encourage participation in existing activity programmes and sporting organisations to identify areas and locations for scale up and sustainability, including the promotion of gentle activity programmes in long term care facilities and day care centres

Read more about the elderly in Limerick here