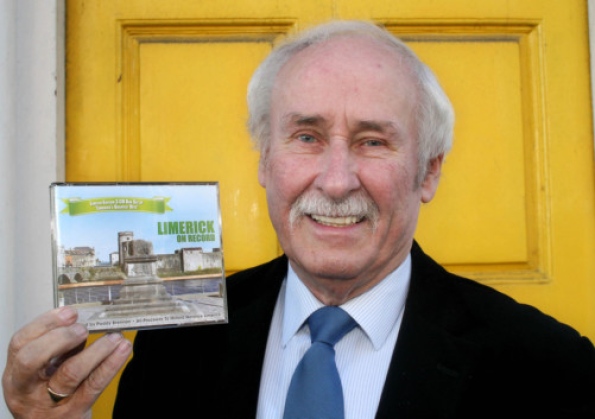 Limerick On Record back on sale due to demand

Limerick On Record, a stunning 62-track collection spanning from 1965 to the present day and including some of best music released by local bands, returned to shops last week due to popular demand after an initial run sold-out. Essentially a collectors’ item, the CD boasts songs from Richard Harris’ MacArthur Park to Grannies Intentions’ Sandy’s On The Phone, The Cranberries’ Dreams, Reform’s You Gotta Get Up and more from Limerick’s musical history. The brainchild of Corbally man Paddy Brennan, proceeds from the album’s sale are for Milford Hospice, whom Paddy presented €20,000 to recently from the sales of the first run of the album. “It is back in the shops, it is the exact same project and we are hoping to raise a lot for Milford again,” explained Paddy, who said a “substantial amount” of albums had been produced second time out. “We had huge demand and a lot of people missed out on the first batch, a lot of them were bought to send overseas. We have had stories from Canada, Germany, Australia and America and it has had a great reaction,” he added. Riverdance composer and Freeman of Limerick Bill Whelan – whose composition is on the album – launched Limerick On Record in Thomond Park in December and described it as “an extraordinary project”. “It is a stunning collection,” he said. “I know myself because I have been involved in trying to clear music for use. What has happened here has just been unbelievable. The job of putting this together has been absolutely Trojan and it is an extraordinary achievement.”

The album is on sale at Savins, O’Mahony’s, Euro Empire, Milford, University Concert Hall, O’Donnell’s Boutique on Catherine Street and the Hunt Museum.