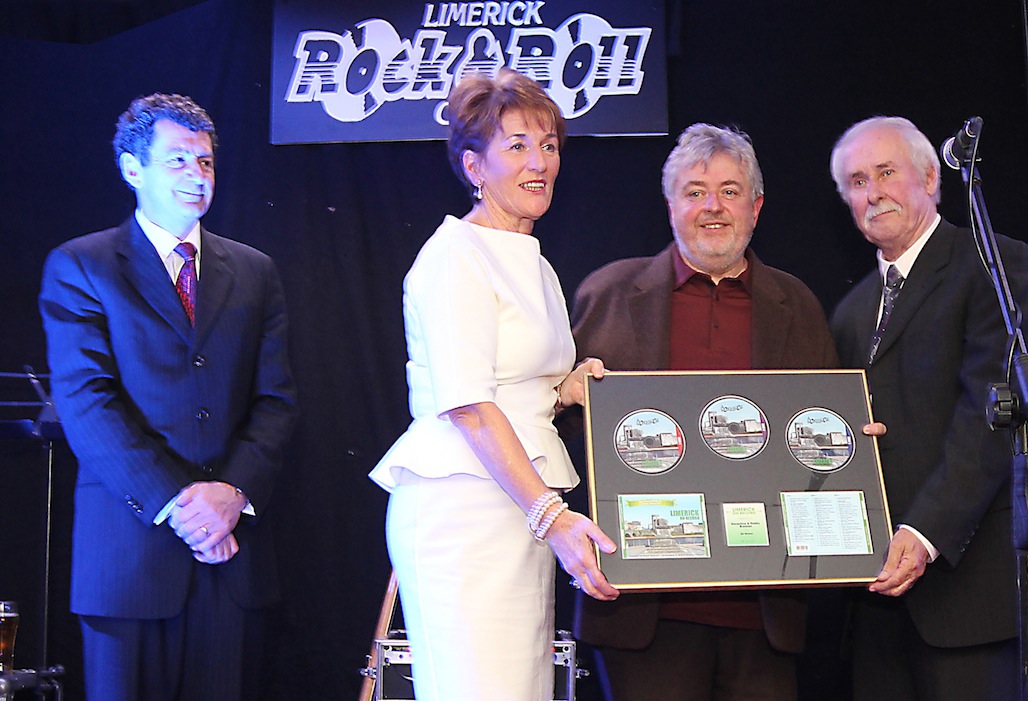 Limerick On Record raises over €20,000 for Milford Hospice

Limerick On Record, is a stunning limited edition compilation that features the best of Limerick music from the last 50 years, painstakingly assembled by Corbally man Paddy Brennan, the collection has raised €20,000 for Milford Hospice. The 62-track collection spans from 1965 right up to the present day and contains Bill Whelan’s Riverdance, Richard Harris’ MacArthur Park, Grannies Intentions’ Sandy’s On The Phone, The Cranberries’ Dreams, Reform’s You Gotta Get Up and more from Limerick’s musical history. The three CD collection is the result of over two years work by Paddy and his wife Geraldine, with all of the artists and record companies – eventually – donating the use of their tracks in aid of Milford. The compilation was sold in shops over the Christmas period, and with just 1000 copies printed, is already a collector’s item. “We were delighted to hand the money over to Milford and to Sr. Phyllis, who was thrilled,” explained Paddy. “It is a huge amount of money and we spoke to Pat Quinlan, the CEO of Milford, and the fundraising committee, they are very appreciative of it and to receive it straight after Christmas is a boost to them as well I think.” Paddy also revealed that he is “almost 100% sure” there will be a release of another limited edition batch of the CDs very soon, after getting permission from the many record companies involved and this move could potentially raise more money for Milford if it goes ahead, with no sign of interest waning in the three-CD collection from Limerick’s musical history. “The demand is still there. I have been onto a half dozen record companies and we have got the go-ahead now to do a limited run of the albums again. We want to do it while the demand is there. People are asking me all the time, they are still looking for it,” explained Paddy. Milford occupies a special place in the Brennan’s hearts, with several family members using palliative care services in the facility in recent years, while the Rock and Roll club he founded also has a long association with it.

Lorcan Murray, Geraldine Brennan, Bill Whelan and Paddy Brennan pictured last December at the launch of Limerick on Record, which has gone on to raise €20,000 for Milford Hospice.