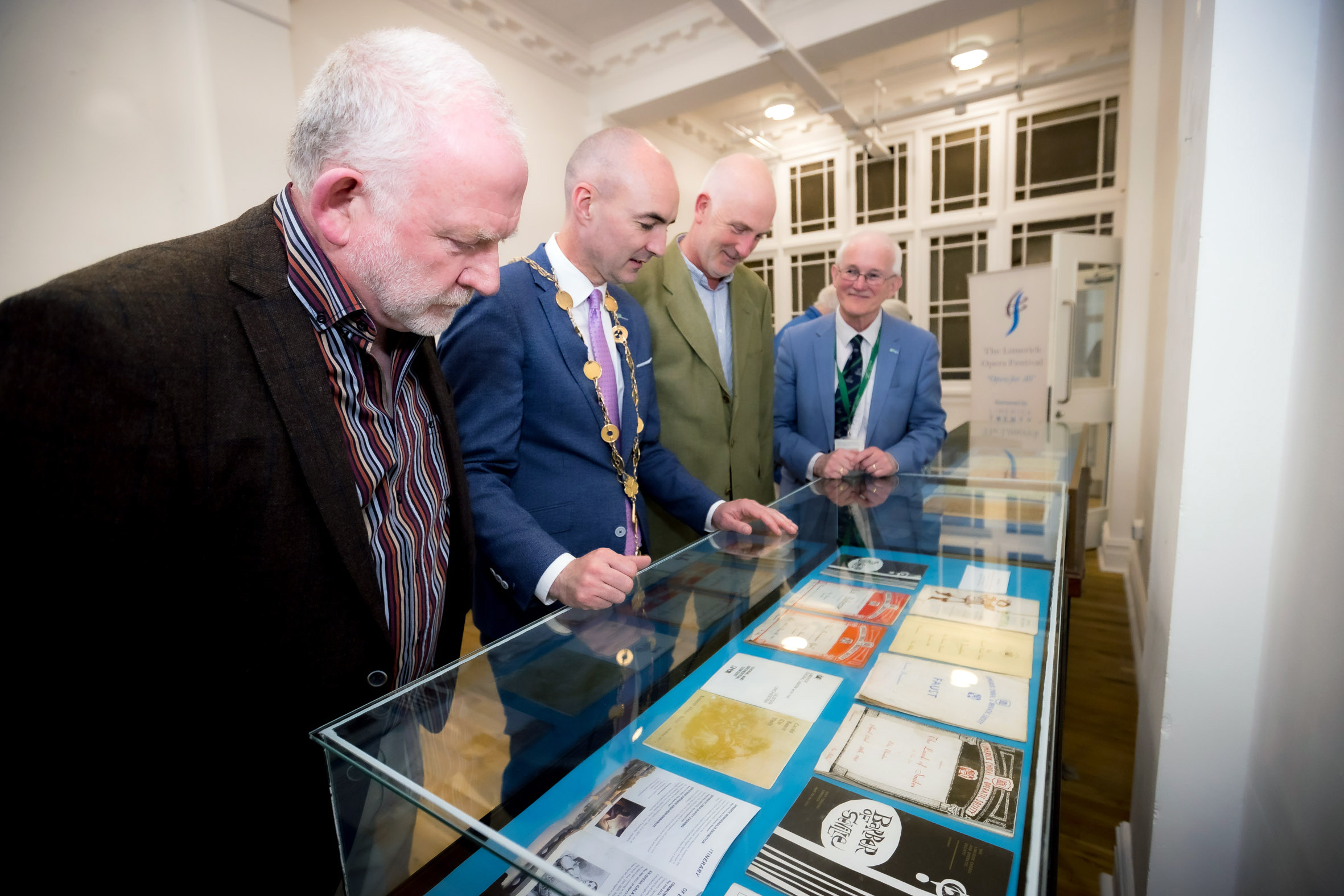 Limerick Operatic Memorabilia Exhibition features objects from the permanent collection of Limerick Museum and items on loan from private collectors. They demonstrate the high quality of Limerick’s musical life over the past 250 years and remind us of some of the great venues that the city boasted such as the 1,300 seat Theatre Royal on Henry Street (1841-1922) and the 1,500 seat Savoy Theatre on Bedford Row (1935-88).

It is fascinating to see the objects that were loaned by two of the top five opera houses in the world, the Royal Opera House, Covent Garden and La Scala Opera House, Milan. This shows how Limerick punched above its weight in the world’s musical culture on many occasions in the past 200 years.

Limerick’s first operatic production was the Beggar’s Opera by John Gay in 1767. With a long and splendid 250-year old operatic history, Limerick has produced many iconic figures of the operatic genre, from European idol Catherine Hayes, born in Patrick Street who performed in Buckingham Palace before Queen Victoria and her entire Court, to Joseph O’Mara and (in more recent times) Suzanne Murphy.

Established in 2019 by Ger Reidy, the Limerick Opera Festival was created to bring opera to the entire community, through a wide variety of live performances, operatic renditions, exhibitions and community events. Through this initiative, Ger Reidy and his colleagues seek to foster a community that celebrates its past.

This exhibition has been curated by Dr Matthew Potter, Curator of Limerick Museum and Ger Reidy, Director of the Limerick Opera Festival. It is one of a series that have been held here in Limerick Museum since it reopened in the old Franciscan Friary five years ago and which have resulted in the Museum becoming one of the principal exhibition venues in Limerick.

The Limerick Operatic Memorabilia Exhibition continues in Limerick Museum until the end of June.

For more information about the Limerick Opera Festival, go HERE

Related Topics:Limerick Opera Festival
Up Next