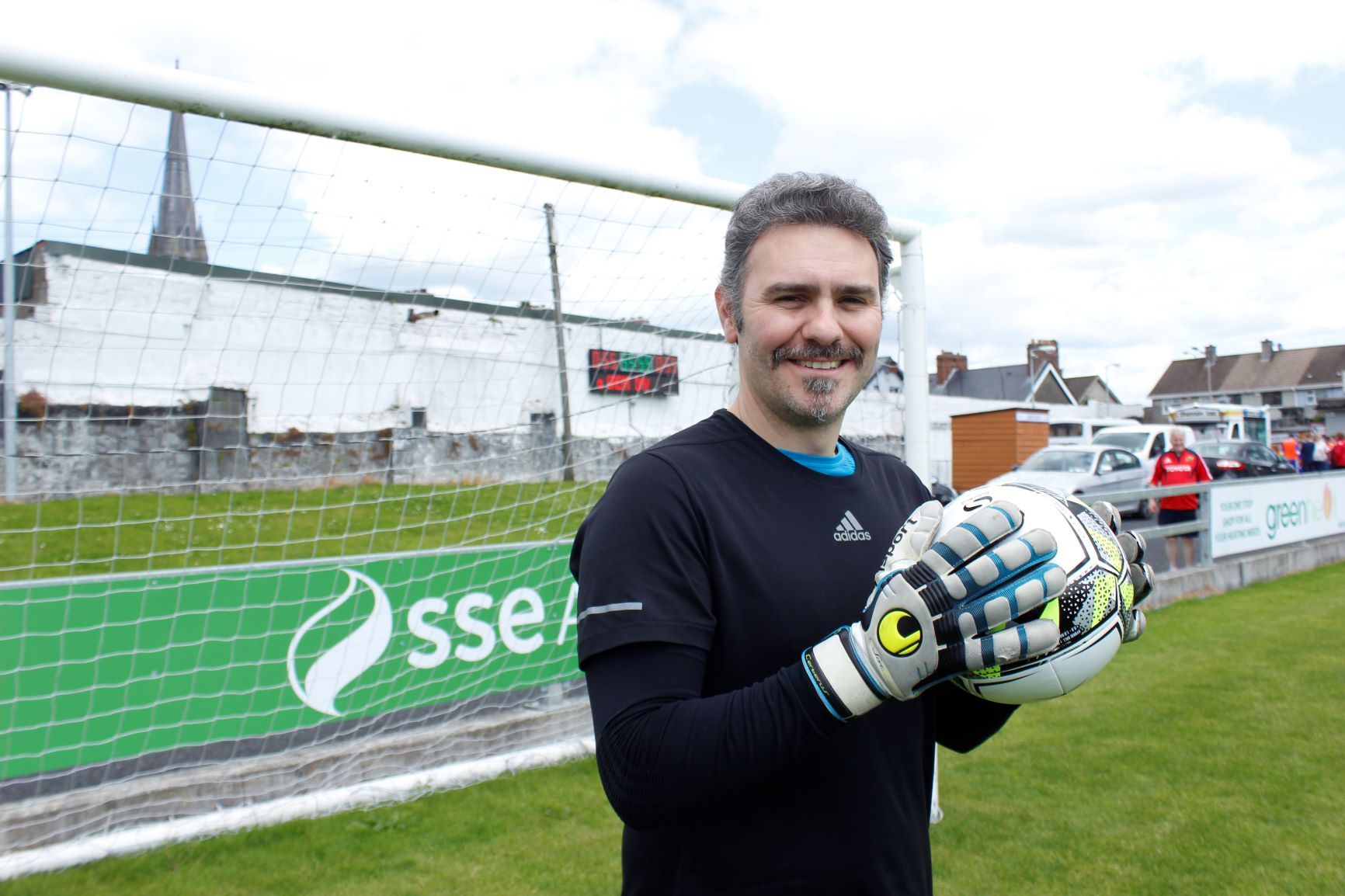 Diogo Rey Mauro, 39, the organiser of the event who is also a goalkeeper says that other editions of the Limerick Penalty Kick Competition are planned. Photos by Bruna Vaz Mattos

The Limerick Penalty Kick Competition is open for entries this week. Football lovers, athletes and amateurs, women and men will be able to test their kicks individually in this competition that will take place in Limerick on 6th July at Gough Park  football field on Rosbrien Road. A cash prize of €150 will be given to the winner.

This style of competition is new in Limerick and in this first edition, where only 18 year olds and over are allowed. “We are expecting a good mix of nationalities but a bit more Irish and Brazilian players to enter, they love football” says Diogo Rey Mauro, 39, the organiser of the event who is half Italian and half Brazilian.

Diogo, who lives in Limerick, is a personal trainer and a goalkeeper as well says “as a goalkeeper, training penalties have always been one of my favourite part of the sport. So I thought, why not organize a football event? A penalty shootout is quick and it does not need anyone else to win it, it’s only up to you”.

The prize for the competition is €150 and €50 will be given to the second place player too. Michael Guiney, 34, who is a runner and an amateur football player from Limerick and one of those who is registered to participate in the tournament, said “I haven´t heard about any competition like that around the city and when I heard about it, it sounded very interesting”.

The goalkeeper will be the same for all the kicks, he will be a professional that will be hired by the organizers and will be announced on the day of the competition. Men and women will compete together and entries can be done online.