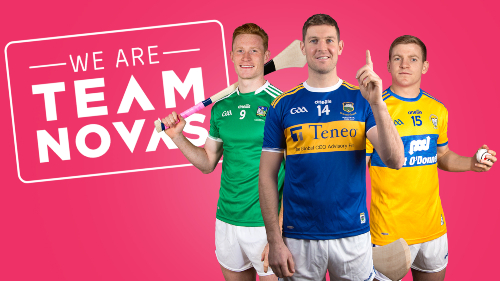 Join Claire O’Dowd and Elysha Ní Chúlain as they take a look at this week’s Local Business, Events, Sports, Arts and Entertainment news around Limerick.

To kick off this week’s episode of the, I Love Limerick’s Podcast show we talked about, Hit comedy ‘A Holy Show’ is coming to the Belltable. The hilarious comedy presented by Verdant Productions comes to Limerick from January 31 – February 1, 2020, at the Belltable Arts Centre.

Early booking is advised to avoid disappointment, with tickets costing €15 (preview) €18/€16 and are on sale now. For more info, you can visit thelimetreetheatre.ie

Claire spoke about the McCourt family’s announcement that the Frank McCourt collection will stay in Limerick. The collection has been transferred to the People’s Museum of Limerick, at 2 Pery Square, where it will soon be on display to the public in the New Year.

Elysha discussed the collaborative short film of the University of Limerick’s Drama Society and Film Society called The Breaking of Wessons Boys. It came together with a production team of nearly thirty people and was a first-time collaboration between the two societies.

The film is a prequel to drama society’s production ‘The Ballad of Wesson’s Boys.Conor Clohessy, the writer of both the play and the script for the film, said, “We always knew we wanted to take the Wesson Boys further. A lot of the cast were really interested in working on the film, and the idea of a collaboration was really exciting.”

The short film, which can now be viewed on Youtube, is hoping for further success in the future. The director Cian Scully has been working hard to enter the short film into some amateur film festivals, such as the Cameroon International Film Festival and the Scout film festival. He hopes to hear back from the festivals in the new year.

Claire talked about the8 Days of Christmas at the Limerick Milk Market. The market is running from Friday 13th – Sun 15th December 2019 and then Friday 20th – Tue 24th December 2019. It will include special events like a Christmas Transition Year Enterprise Market on Friday, December 13th , a Christmas Craft Fair on Sunday the 15th, Saturday and December 14th they have the Famous Food Market.

Entry is free for all. For info on opening time you can check out milkmarketlimerick.ie

Next up, the annual Limerick Thomond Rotary Remembrance Tree was officially launched. Located at the junction of Bedford Row and O Connell St., the Remembrance Tree will run until Saturday, December 22 from 10.30 am to 5:00 pm each day.

The Novas Annual SleepOut 2019 is taking place on Friday, December 20 from 7 pm to 7 am. For the first time ever there will be three sleep out’s running concurrently throughout the Mid-West – in Limerick City, Ennis Co Clare and Thurles Co. Tipperary.

Also, for the third year in a row, the Novas Annual SleepOut 2019 is being supported by Limerick hurler Will O’ Donoghue, who will be sleeping out on the night and is raising vital funds in advance of the event. There will be music, food and plenty of hot drinks throughout the night. Una Burns, Head of Policy and Communications with Novas is urging people to get involved and help them alleviate homelessness in Limerick.