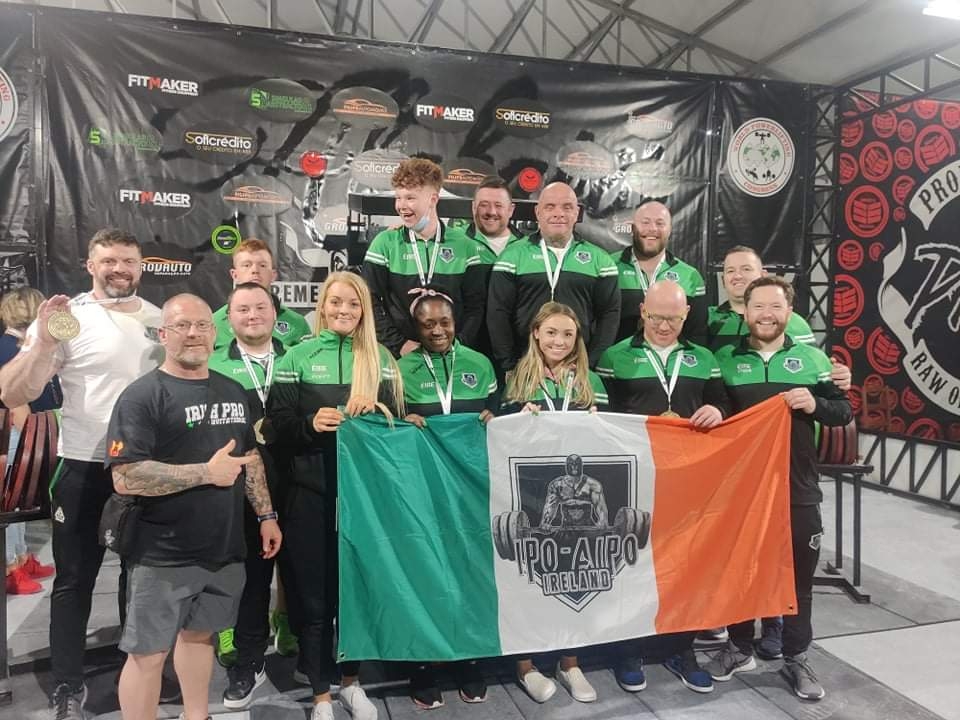 Limerick Powerlifting Club athletes have won a total of eight gold medals at the World Powerlifting Championships in Trofa, Portugal.

Training out of Southside Barbell Gym on the Kilmallock Road, Limerick Powerlifting Club has taken the powerlifting world by storm in recent years.

Training out of Southside Barbell Gym on the Kilmallock Road, the club has taken the powerlifting world by storm in recent years.

The strongman first took gold in the Classic Raw Masters under-125kg category before taking part in the single-lift benchpress Raw Masters competition, where he swept up another easy win.

At 41, Foley has garnered significant attention and success since taking up powerlifting just last year, even earning a spot on the Irish Powerlifting Association (IPO) team.

Shane is a household name in the powerlifting world, with 22 world championship titles to his name.

Despite partaking in his first international contest, Martin O’Mahony managed to win the Classic under-90kg competition. He also took home the Best Overall Master Lifter title in his division.

Speaking to I Love Limerick, Irish champion powerlifter Shane Brodie said, “As Chairperson and head coach of Southside Barbell Gym, I’m very proud of how well members of the Limerick Powerlifting Club lifted and represented not only Southside Barbell but also Limerick and Ireland”.

Founded in 2012, Limerick Powerlifting Club is one of Ireland’s best powerlifting and bodybuilding organisations. The club’s home gym, Southside Barbell, is used by strength athletes from across Ireland.

For more information on the Club, go HERE