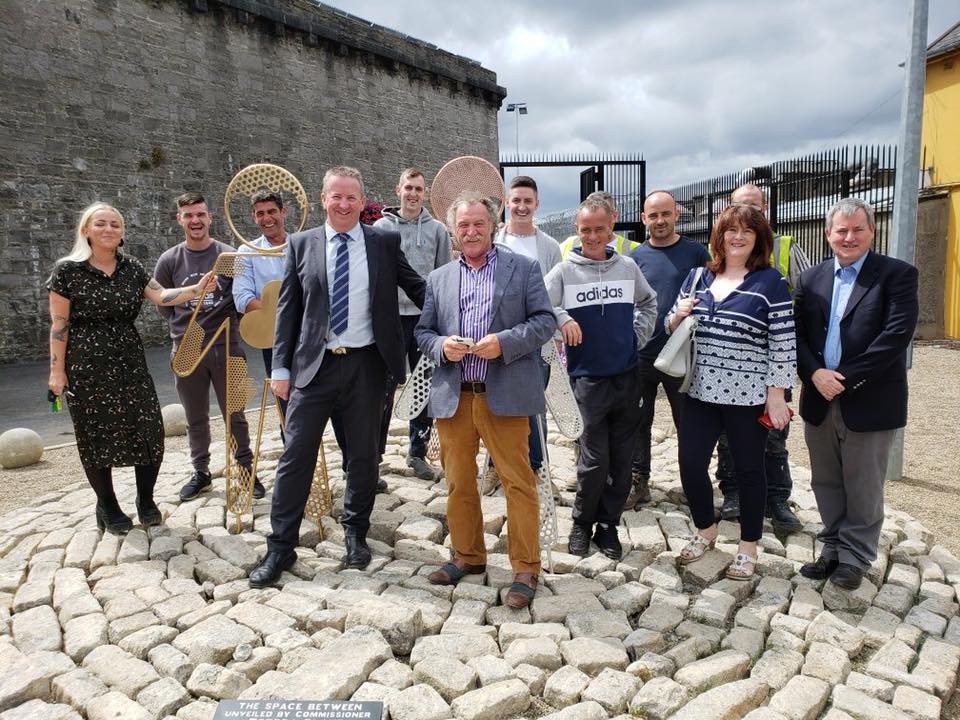 Two new sculptures have been unveiled on the grounds of Limerick Prison constructed by Limerick City Build. The sculptures, one depicting a family, while the other is of a silver bench can be seen just outside the prison.

Featuring three different outlines of a man, woman and child, ‘The Space Between’ is representative of fathers, mothers and children, and looking at the care of a family as a whole unit within Limerick Prison.

According to Limerick City Prison and the artists involved,  the first piece that depicts a family called ‘The Space Between’ is “representative of fathers, mothers and children, and looking at the care of a family as a whole unit within Limerick Prison and how a family is destroyed when a member is taken to prison.”

Those who worked on the sculptures were joined by Mayor James Collins for the unveiling, As well as the sculptures, a new family visiting area was also unveiled at the prison.

The Irish Prison Service and Limerick Prison have set their core values in line with human rights and these new artworks are depictions of that.

LCB identifies projects, whereas many people as possible can be selected from the unemployment register and returned to the workforce including a series of river-based initiatives aimed at integrating river-based activities into the public life.

LCB focus a lot on river-based activities Raymond O’Halloran, founder of LCB told ilovelimerick, “Our broad purpose is to make the main course of the River navigable again and to use it for training and employment creation. The opportunities for social enterprise and local involvement are endless. Fundamental we want to integrate this fundamental resource into our lifestyle as Limerick People. There is no reason why the beautiful rivers of Limerick should not be an intrinsic part of our cultural identity.”