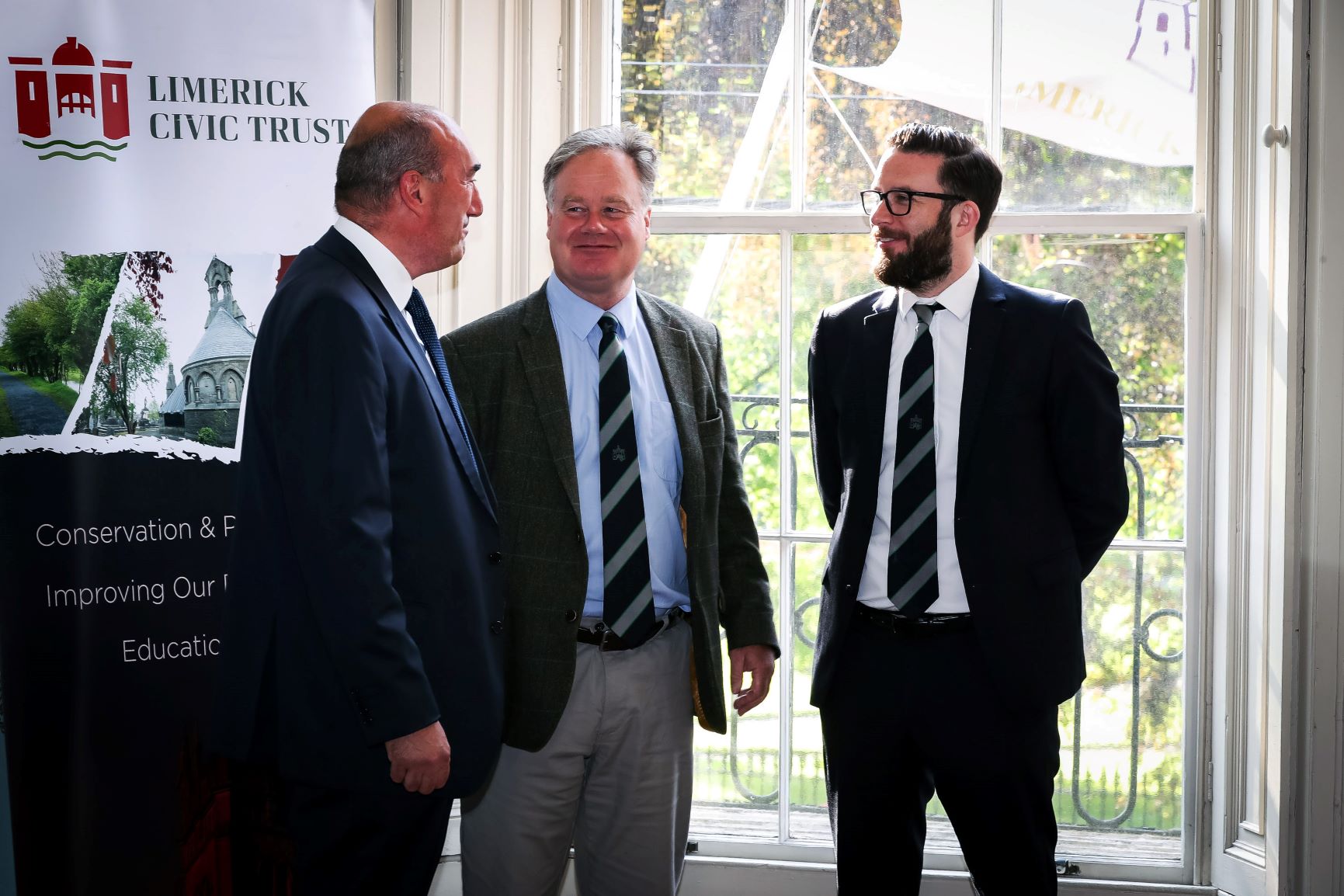 Limerick Civic Trust, an independent, non-profit making voluntary society, has announced details of the Limerick Renaissance Fund, an evergreen revolving fund that will be used to restore and renovate historic buildings in the City of Limerick with a focus on urban regeneration.

Limerick Civic Trust has established the Fund to support the renaissance of derelict and under-used properties in the Newtown Pery area of Limerick through redevelopment for use as mixed commercial and residential.

David O’Brien, CEO of Limerick Civic Trust, explained the inspiration behind the fund, “Limerick’s Georgian Quarter is an architectural gem and the biggest in Ireland outside Dublin but it needs an overarching plan in regards investment, preservation, and restoration, enabling it to be repurposed and used for modern living and commercial activity. The potential of Georgian Limerick is well-documented, so are the hindrances. The Limerick Renaissance Fund will breathe new life into historic buildings, thereby securing their future but also bringing life back into the city centre and improving the attractiveness of the area as a destination – a Magnet City.” 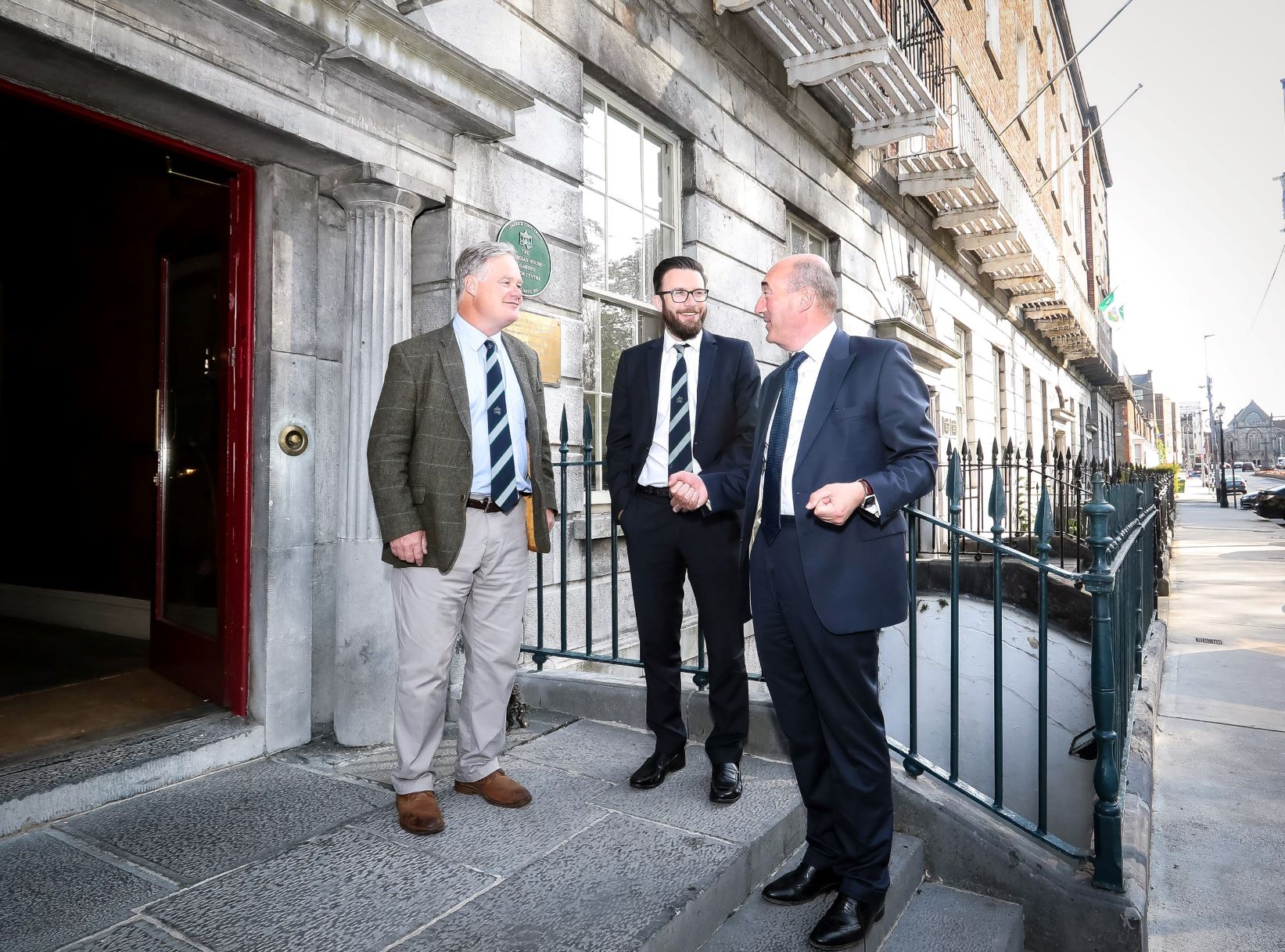 “Through the Fund we will work with the owners of derelict and underused properties, some of whom may not have the resources to restore the buildings and find that developers are not offering them the necessary incentive. We can narrow the gap and offer a viable solution.  Some owners would get a greater portion of the market value when the building is repurposed or sold and are reassured by working with a local heritage-focused body,” Mr. O’Brien noted.

The Limerick Renaissance Fund is aligned to and will support the Georgian Neighbourhood Limerick project which is being driven by the Urban Innovation Department of Limerick City & County Council.

Rosie Webb, Senior Architect for Economic Development, Limerick City & County Council, said, “The Georgian Neighbourhood is not just a place – it’s a new way of living. People are waking up to the value inherent in these buildings, both in terms of heritage, and in terms of the possibilities they hold for the future.  We welcome the launch of the Limerick Renaissance Fund, it is a much-needed incentive and will enhance and support the measures we have already put in place to help people renovate or refurbish a Georgian building.”

Agreeing, Mr. O’Brien said, “Together we can support new city centre living models while simultaneously conserving Ireland’s built heritage for the benefit of today’s city and future generations. The revolving endowment model means the Fund will sustain itself from project to project as all monies provided by the fund would be invested in heritage buildings destined for resale and returned to the fund upon successful disposal.”

The launch of the Limerick Renaissance Fund comes on the 250th anniversary of the launch of the plans for Newtown Pery.  In 1769 Edmund Sexten Pery commissioned an Irish engineer Christopher Colles to design a town plan on his estate which is now known as Newtown Pery. This land had belonged to the St Marys Monastery and St Francis Priory before the dissolution of the monasteries by Henry VIII in 1538. A direct descendant of Edmund Sexton Pery is now leading the fundraising element of the Renaissance Fund. Edmund Pery, Earl of Limerick, has already commenced work in securing grants/funding along with corporate and philanthropic donations in Ireland, UK, EU, and the USA where the template for this initiative is the Historic Charleston Foundation’s revolving fund set up in 1957 for very similar purposes.

Thomas Wallace O’Donnell, Chair of Limerick Civic Trust, said, “Demand for high-quality urban accommodation is not being met.  As a trusted heritage developer we can kick-start the restoration of derelict buildings, thereby improving the fabric of our city centre neighborhoods. The operating model proposed is an ideal mechanism to support the focus on urban regeneration while enhancing Ireland’s built heritage and we are very lucky to have Edmund promoting our ambitions both here and beyond our shores.”

The Limerick Renaissance Fund will source derelict building projects from both national and regional public bodies and state agencies, private individuals, and in the case of abandonment, will claim title to properties under existing regulations.

All net development proceeds will be reinvested in the Fund.

Limerick Civic Trust, which was formed in 1983, is an independent, non-profit making voluntary society.  It is mainly supported through donations from local government, industry, business, and individuals.  Its mission is to protect and enhance Limerick’s heritage and environment through conservation and preservation, improving civic amenities and education and research.

The Trust undertakes projects that make places more attractive, enjoyable and distinctive.  Whether it’s improving or maintaining a graveyard, a riverside walk, community garden or City Street, the Trust’s work aims to promote civic pride.  The Trust also undertakes conservation and preservation projects as well as Educational and Research work.

Revolving funds are used to gain control of historic properties through purchase or donation. Once the property has been rescued, the fund protects the property with permanent covenants while seeking a sympathetic purchaser. When the property needs emergency attention, or when the magnitude of the rehabilitation job is a deterrent to buyers, some funds will do renovations prior to resale, acting as a developer of last resort. Most well-established funds attempt to intervene on behalf of endangered properties earlier, avoiding last-minute rescues in favour of thoughtful negotiations with interested parties. Many revolving funds focus on the needs of a particular neighborhood as part of their stated mission. Revolving funds also vary on whether they purchase buildings outright or use options and other strategies to hold properties until buyers are found.

The Limerick Renaissance Fund will acquire, refurbish and turn over city centre large-scale, single Georgian properties sensitively to meet the needs and demands for growth and densification in city centre living over the coming decades.