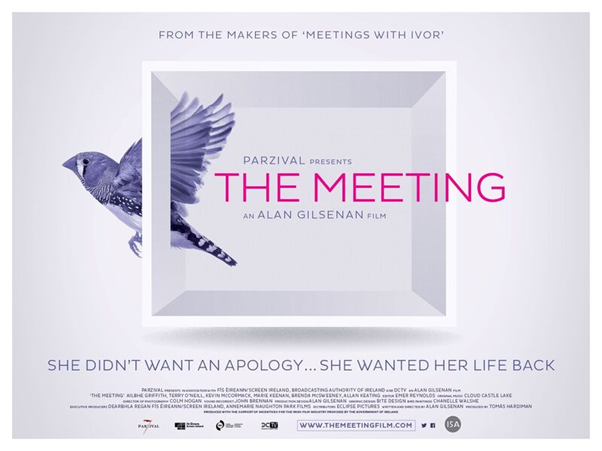 The film is screened as part of a series of events to promote Restorative Justice Week and is organised by the Limerick Restorative Practices and Le Cheile Mentoring Projects.

As part of this year’s Restorative Justice, there will be a one-off screening of the critically acclaimed film The Meeting. The film is based on a real meeting which took place between Ailbhe Griffith and the man who, nine years earlier, subjected her to a horrific sexual assault and left her seriously injured and fearing for her life.

Griffith, in an extraordinary move, has chosen to play herself in this unique drama from one of Ireland’s most provocative filmmakers, Alan Gilsenan. What emerges is a truly unique and unorthodox cinematic experience as Ailbhe courageously seeks healing through a progressive form of justice, rapidly gaining momentum throughout the world.

It will be followed by a Q&A session with Dr Marie Keenan, who was central to the story and who also played herself in the film.

Restorative Justice (RJ) is a theory of justice that emphasizes repairing the harm caused by criminal behaviour. It has its roots in places like Canada, Australia and New Zealand and has grown internationally since the 70s.

Check this out everyone. FREE one-screening of The Meeting (as seen on the Late Late Show) for RJ Week. UL Kemmy Business School 21st Nov 6:30pm with Q&A afterwards. https://t.co/4ZZ0TbfZC5

How many times have we heard that victims have no place in the criminal justice system? Well RJ provides processes that have shown up to 90% satisfaction ratings for victims, where it has been employed.

Restorative Practice (RP) is something that has grown out of RJ and, while closely linked, places its primary focus on prevention, i.e. it enables people and communities to build positive relationships and thereby resolve difficulties and conflicts as they arise. It does this by using specific communication methods and techniques but again is nothing new really.

It’s about listening, empathy and doing things ‘with’ people as opposed to ‘to’ or ‘for’ people. It has the potential to support positive, nurturing, healthy environments for schools, workplaces, in the home and in the wider community.

Again research has shown that, where employed in schools, for example, the levels of detention, suspension and bullying incidents has fallen by well over 50% and more in some cases. And, most importantly of all, teachers and students report better relationships, which is the ultimate goal.

Sustainable fashion activist, Keelin Moncrieff hosted a charity shop crawl and pop up shop in Limerick city in conjunction with 858