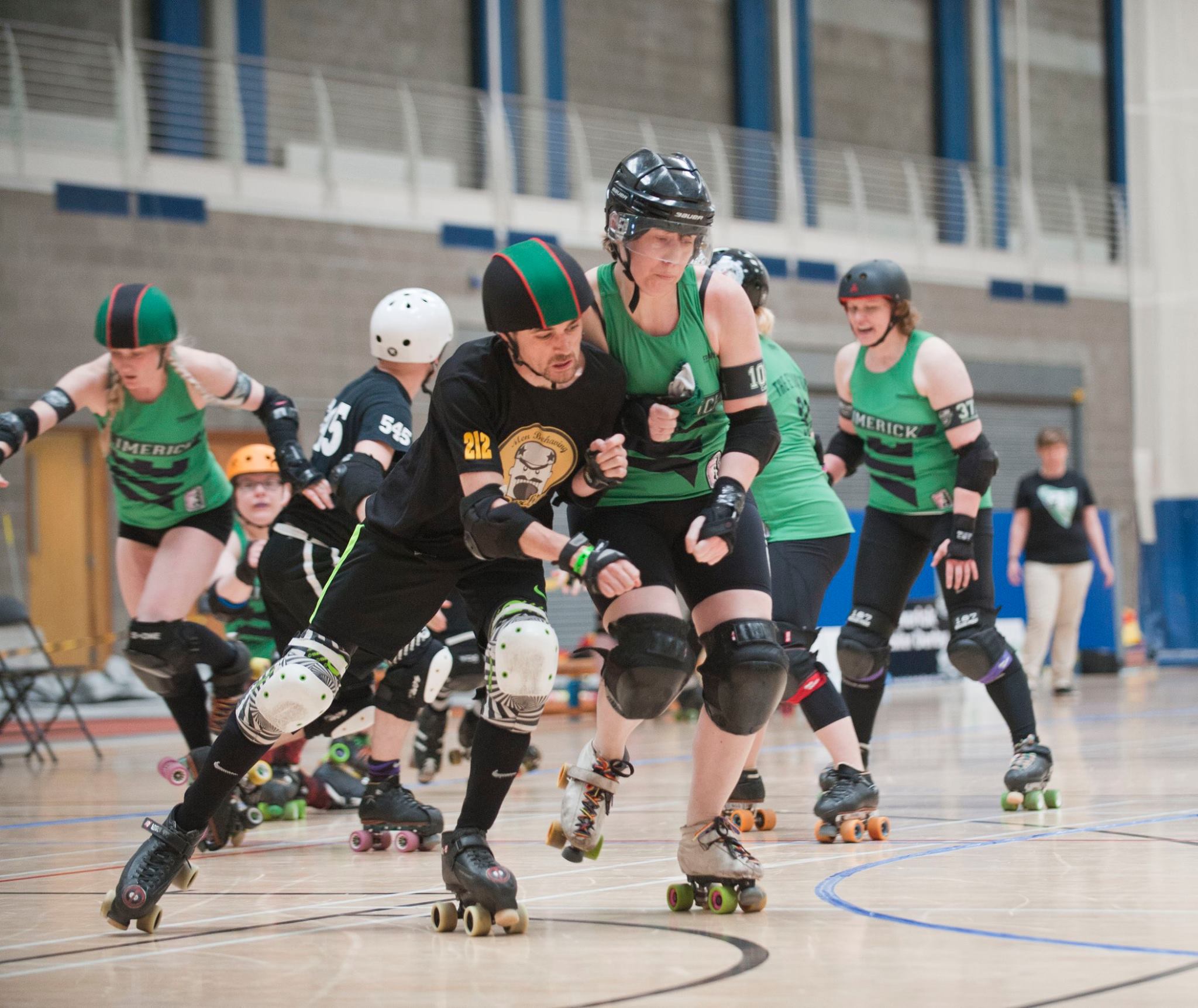 Limerick Roller Derby has been part of the Limerick community since 2011. The club plays roller derby at a national, European and international level.

Saturday, April 14 will see Limerick Roller Derby skating it out against their fellow Irish league the ‘Waterford City Viqueens’ in the opening game of the season. The family-friendly event is the first time that Irish fans will be able to see this alternative, full-contact sport completely free of charge, in an attempt to encourage curious fans and entice some potential new recruits.

Spectators are sure to be on the edge of their seats as they are treated to not one, but two full-length games, with Rookies and skaters who are fondly described as “cherry poppers” hitting the track first at 11.30am, followed by their seasoned counterparts at 2:30 pm

Roller Derby is a fast, fun and furious contact sport played on roller skates by two teams of five members roller-skating in the same direction around a track. Gameplay consists of a series of short matchups, or “jams” in which both teams designate a scoring player, the “jammer” who scores points by lapping members of the opposing team. The teams attempt to hinder the opposing jammer while assisting their own jammer – in effect, playing both offence and defence simultaneously.

Speaking of the upcoming game, Limerick Roller Derby president Aisling Guider says “It is really important for the continued success and growth of our club, to make it more accessible to the public and to create a fun and inviting atmosphere for new fans to get involved. As well as the two games on offer, we also have an amazing half-time show from the Slevin School of Irish Dance, audience games & prizes, raffles and face-painting for kids. There will also be club members available on the day to explain rules and provide information on our next recruitment drive for any wannabe derby skaters.”

Related Topics:limerick roller derby
Up Next