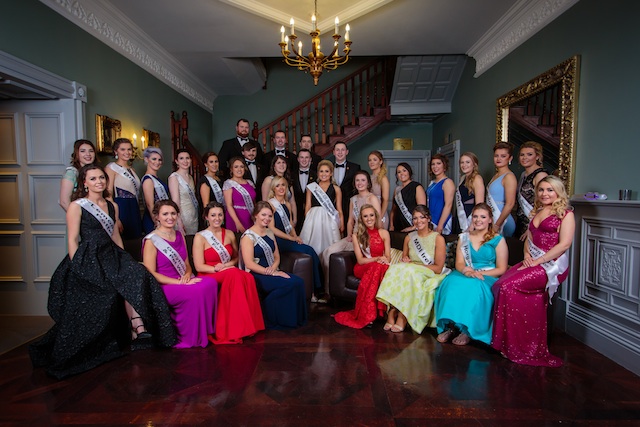 The Limerick Rose 2017 search has begun, due to details for the 2017 Rose of Tralee competition emerging.

Sixty-five Roses from Ireland and Irish communities around the globe will travel to Kerry for the week-long festival in August of this year, and the 2017 Rose of Tralee will be crowned live on RTÉ on Tuesday, August 22.

The current Rose of Tralee, Maggie McEldowney, has returned to her native city of Chicago after launching the search for her successor.

“Entering the Rose of Tralee has been the best decision of my life so far,” said Ms McEldowney.

“It is a celebration of all that is good about being Irish and I am encouraging Irish women and those with Irish ancestry to take part in a life-changing experience.”

The Chicago Rose said that there is “so much more” to the competition than what the viewers see on television.

“I was blown away by the amazing people I met during last year’s festival and I am thrilled to be part of the search for the 2017 Rose of Tralee,” she added.

Limerick Roses have been left disappointed in recent years, as it has been a decade since a Limerick Rose made the televised final of the event.

The last Limerick Rose to make it to the Dome was UL student Melanie Carroll, who was in the competition in 2007. Once again, there are high hopes that a Limerick Rose will make the cut this year.

Whoever is picked as the 2017 Limerick Rose will travel to Tralee in August to enjoy everything that the festival has to offer, including parades, gala functions, entertainment, and a ‘Rose Tour’.

This year’s prizes for the Rose of Tralee winner include a complete collection of Tipperary Crystal fine jewellery, giftware and homeware, Rose tiara and Crystal Perpetual Trophy.

She will also drive away in a brand new KIA, receive a travel prize valued at €25,000, a week-long holiday in Kerry and a tablet.

The winner will also get to perform the traditional diplomatic duties of the Rose of Tralee during her reign.

To read more about past Limerick Roses, click here.

Related Topics:Limerick Rose 2017Rose of Tralee 2017
Up Next