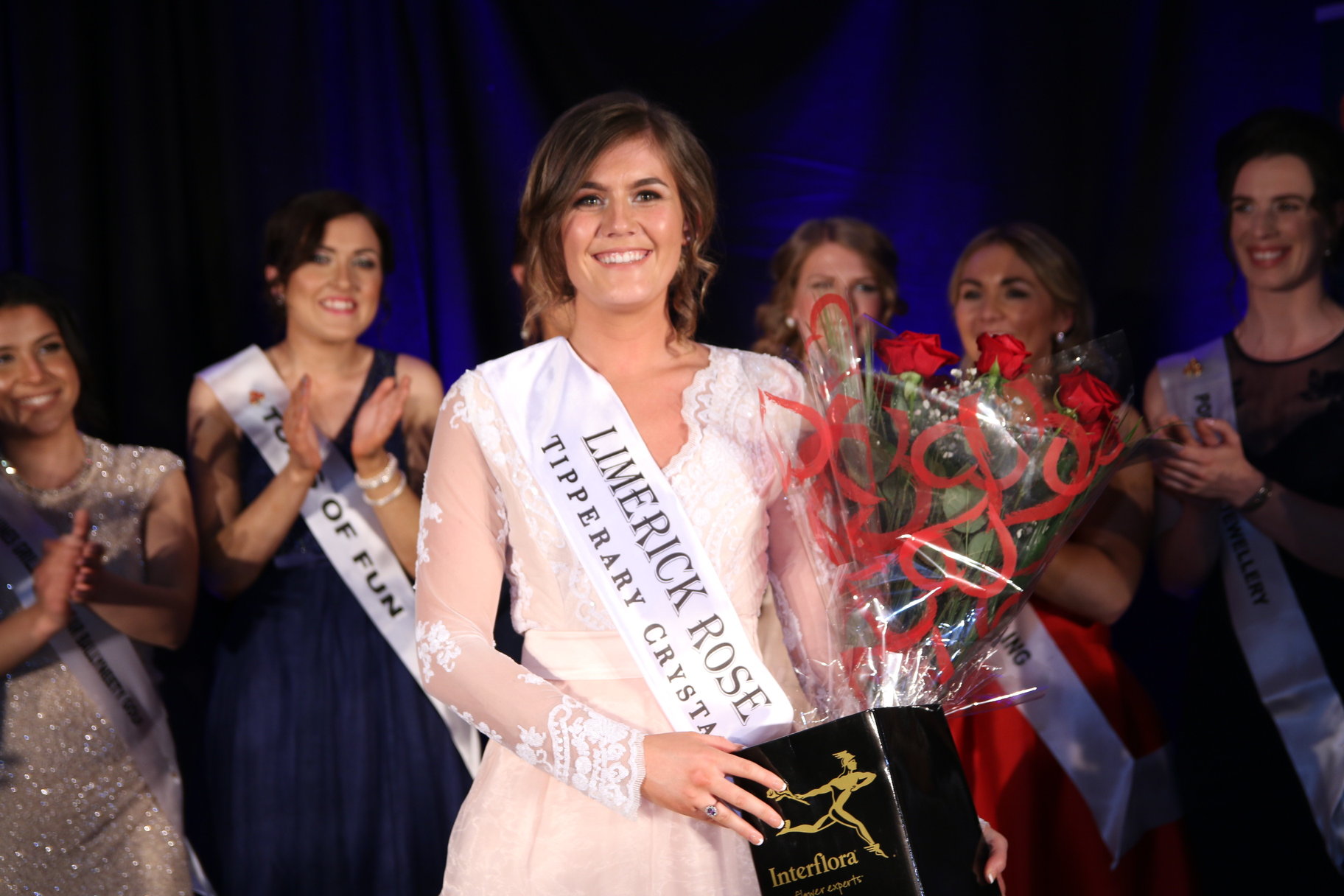 Kayleigh Maher Limerick Rose 2017 is the first Limerick Rose to make it through to the televised Rose of Tralee selection night in 10 years.

It was announced on Thursday night that the 24-year-old student teacher from Kilcornan has qualified for the TV selection with Dáithí Ó Sé live from the famous Dome in Tralee.

Kayleigh Maher Limerick Rose 2017 was among 16 other roses announced on Thursday night as qualifiers for the Internationally known competition.

The selections will be taking place on RTÉ television on Monday 21 and Tuesday 22 August. There will be an announcement of the names of 16 more Roses at a private breakfast on Saturday with a total of 32 Roses taking part in the televised selection.

It has been ten years since a Limerick Rose has made it through to the televised selections of the competition. The last Limerick Rose to make it through was UL student Melanie Carroll who represented Limerick in the Dome in 2007.

The Rose of Tralee International Festival is one of the largest and longest-running festivals in Ireland, celebrating 58 years in 2017. The festival will be running from Wednesday 16 – Tuesday 22 August. The heart of the festival is the selection of the Rose of Tralee which brings young women of Irish descent from around the world to County Kerry, Ireland for a global celebration of Irish culture. The festival also includes street entertainment, carnival, live concerts, theatre, circus, markets, funfair, fireworks and Rose Parades.

Heritage Week 2017 is coming to the Hunt Museum