By Richard Lynch on February 19, 2015@richanthon 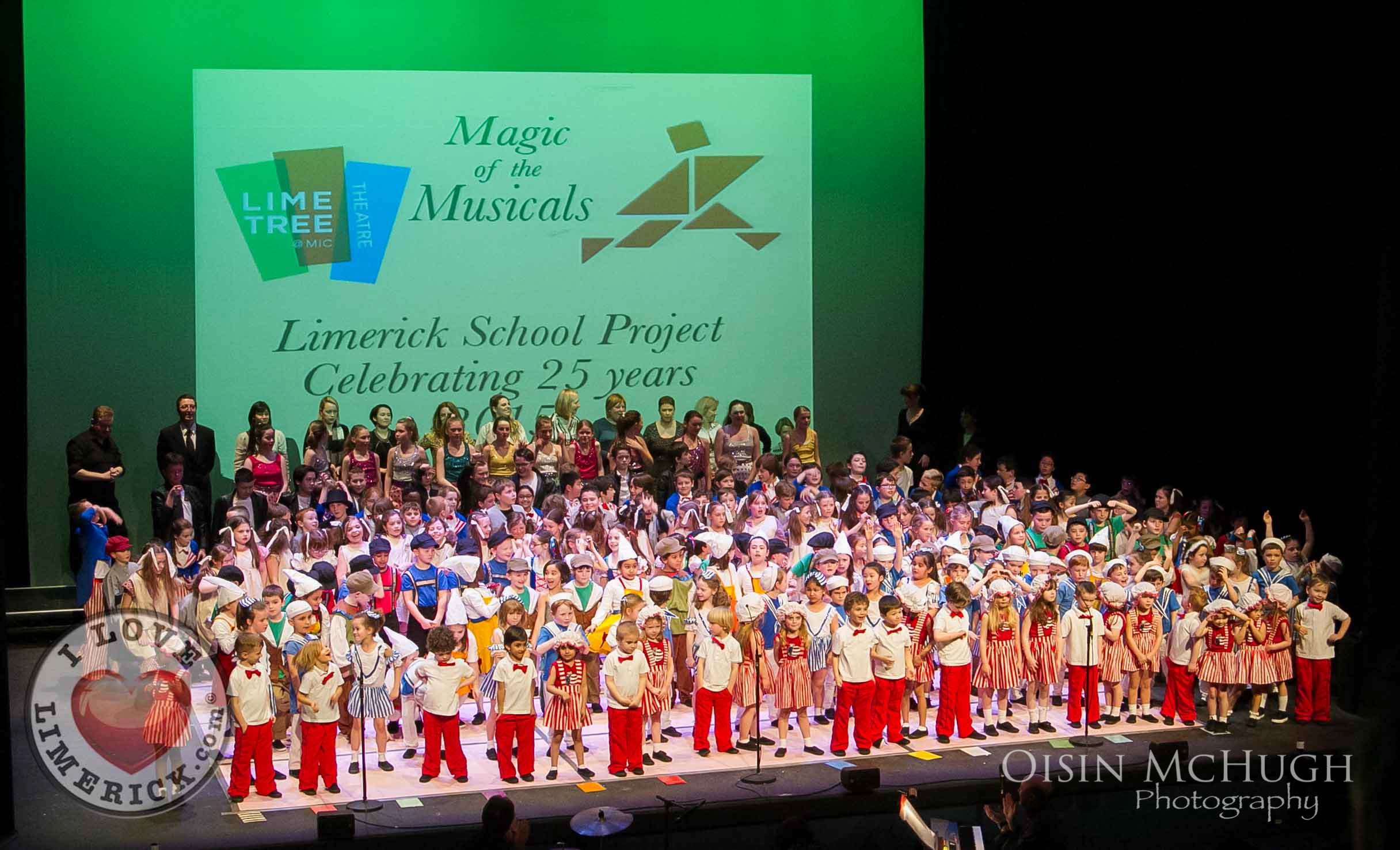 With the help of Gerdi McGlynn the LSP students performed Limerick School Project Magic of the Musicals to mark this significant year. It ran for two nights, the 17th & 18th Feb.

The school now boasts some 221 pupils with nine teachers and is located in a purpose built building on O’Connell Avenue that it moved to in 1996.

Minister O’Sullivan noted that “Educate Together schools now are very numerous around the country, but at the time, when this one opened, there weren’t very many at all.

“It took a lot of effort on the part of the parents of the time to get it open and I think it is significant that the Minister of Education at the time came down to open it as well. Certainly it has really established itself in Limerick.”

Mrs McCoy said reaching the milestone of 25 years in operation was “significant”.

“It is and we have come to a lovely building with the help of the parents and we couldn’t have survived without them basically,” she said.

“It was really a joint effort and it was fantastic, that is why we are here today.”

The event was one of several that the school will host during the year to mark the anniversary, with a student reunion in April.