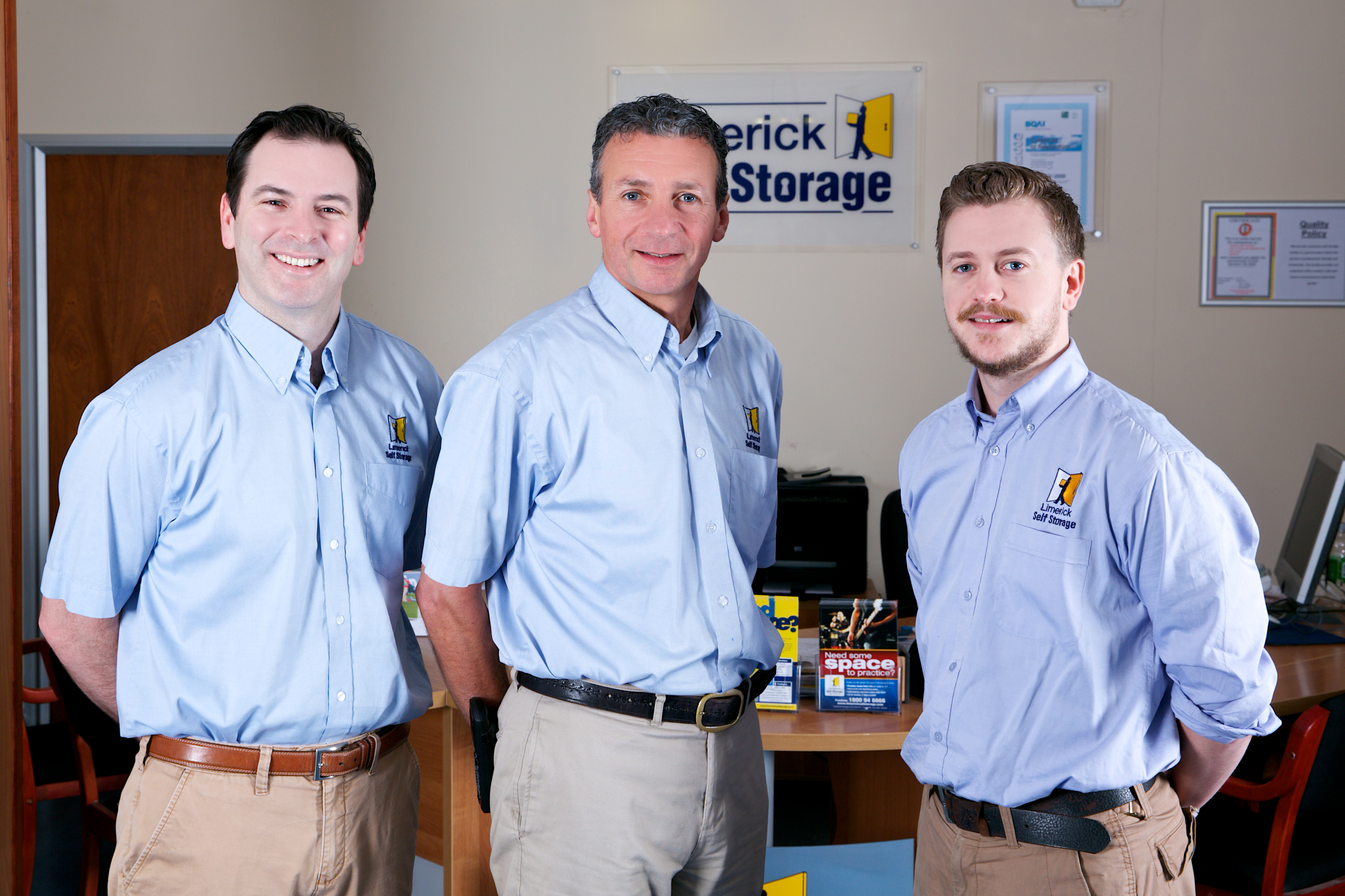 Limerick Self Storage the company run by David Hickey has come from a long line of predecessors. The Hickey family have been in the storage business since 1915 and David Hickey , the fourth generation, is proud to carry on the family tradition of providing storage facilities to the Munster region.

Originally named ‘Limerick Carting Company’ it was set up by Davids great-grandfather, William Hickey, in 1915. It was then registered as a trader in 1918. The company was then passed on to Davids grandfather, Paddy Hickey. In the 1960s his own father, Derek Hickey, took over the family business and re-branded the company in 1973 from ‘Limerick Carting Company’ to ‘Hickey Group Ltd’. In 2000 David himself took on the family tradition of running the storage company. In 2001 he set up Limerick Self Storage.

Celebrating these 100 years in business, David Hickey, the current owner, is giving away 100 gifts to the people of Limerick to give back to them for the great business they gave the company over the past century. When asked where the idea came from David Hickey replied, “Over the years the Hickey family have received a lot from Limerick and as a show of gratitude, we wanted to give back. So we had the idea to give away 100 gifts at random to the people of Limerick on the 12th and 13th of December which I hope will create some excitement and spread some Christmas cheer.”

On the 12th and the 13th of December David will be driving around Limerick accompanied by videographer Shane Serrano. The aim is to give away the 100 gifts at random. Within each gift there will be a card stating why you received the present. The reason for having, Serrano, the videographer is so they can capture people’s reactions when they are given the gift. The video of these reactions will later be posted on the company’s social media. They will be travelling all over the county but most likely to be found on Thomas Street, Ballysimon Road, Carr Street and the Parkway Roundabout.

On the 10th of December, Limerick Self Storage will be releasing a video explaining about their 100 gifts they are giving away. The company also urges the people who receive the gifts to post something, whether it be a video, picture or status, on their social media explaining what they did or how they used their gift.