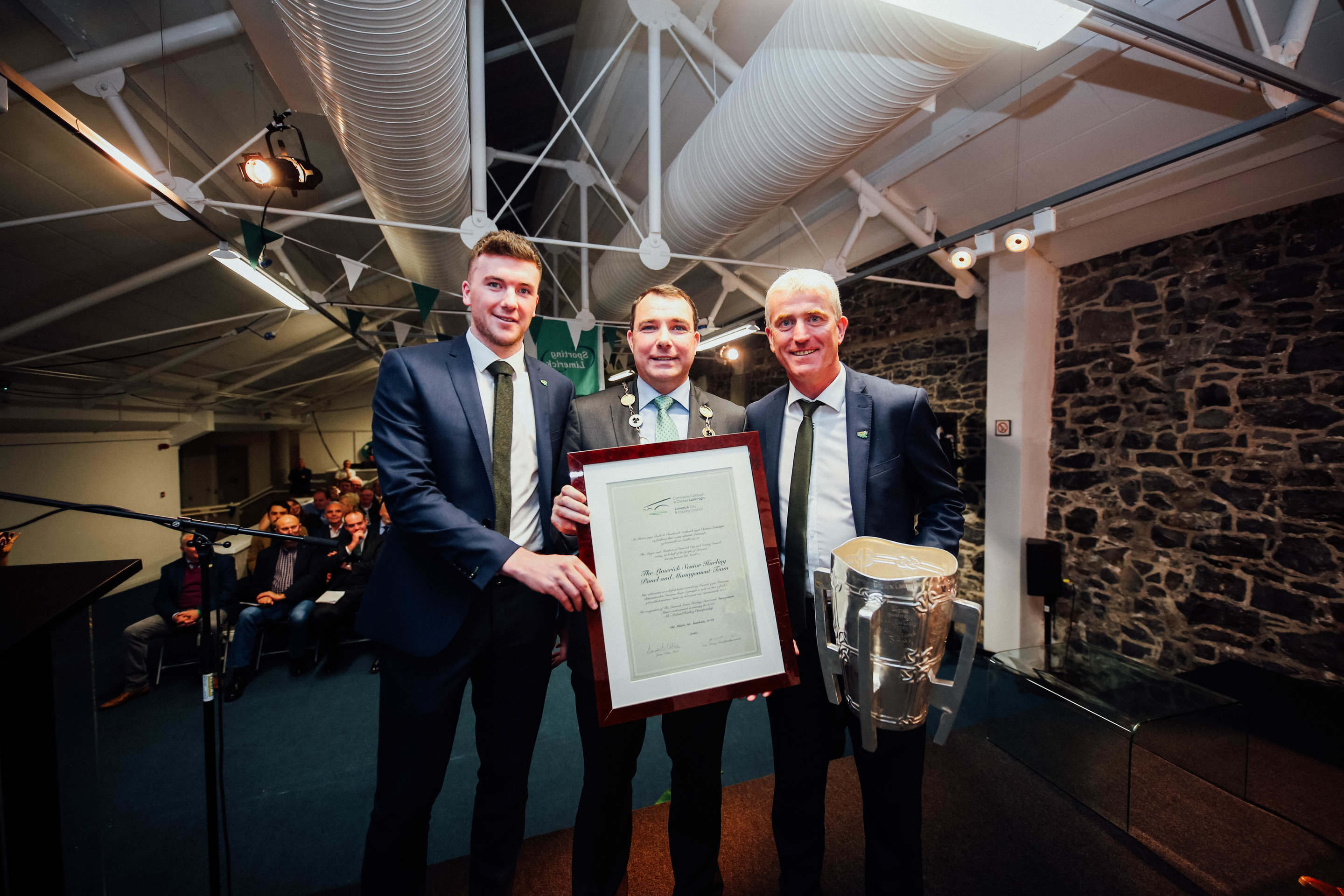 Limerick Senior Hurling Panel and Management team were honoured with a civic reception held at City Hall for their historic win at the 2018 All Ireland Hurling Championship.

The evening recognised members of the management team and team players and praised their extraordinary efforts at the final.

Mayor of the City and County of Limerick, Cllr James Collins welcomed all present at the Istabraq Hall in Merchant’s Quay.

“It was always going to take something exceptional to climb this great summit that for 45 years had been insurmountable. It was going to take incredible skill levels for sure and this team had all that and more. Probably what separated them from the others was their belief and their inner strength,” Mayor James Collins said.

“For me the overriding sentiment I have is that to be successful as a city and as a county in whatever endeavor we take on you must have various stakeholders representing that society supporting you in that quest, “ Mr. Kiely said.

Mr. Kiely went on to appreciate the strong sentiments projected by Limerick people: “The 19th is forever etched on our memories as being the date the event took place but, the celebrations on the 20th highlighted the collective win and its power. It epitomized that aspect of Limerick culture, the raw passion hunger and desire and interest in sport in this county.”

John Kiely’s words were resonated with videos reflecting the sheer joy and pride that took over the residents of Limerick at the homecoming.

The event welcomed members of the hurling panel, management, backroom staff and county board along with local councillors and invited guests.

Civic Reception for Limerick hurlers.. “So often in the past we looked to sports great drama for the characters who can tell the real story of Limerick: people who can show the world what Limerick is really about. This summer all of you took up that mantle” Mayor Collins #LLSport pic.twitter.com/gXAprfLpbm

Former TD, John Cregan, Chairman of the Limerick County Board regarded the civic reception held in honour of the hurling team as a great sense of pride for all.

For more information on the Limerick Hurling team go here

For more stories on the Limerick Hurling team go here