By Richard Lynch on September 27, 2019@richanthon 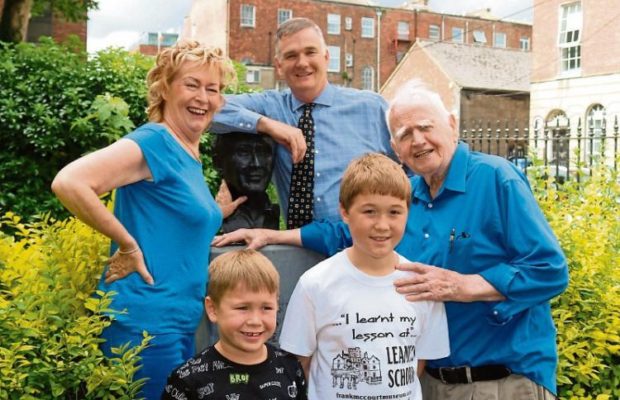 Frank McCourt Museum will close its doors on October 30 because of the rent, rates and insurance.

The museum, located on Harstonge Street, was established in 2011 by the artist Una Heaton who announced the closure news on the social media.

Una mentioned that she can not afford the rent, insurance and other things she gave it all she had to the McCourt family.

The Frank McCourt Museum is a museum dedicated to the author Frank McCourt who won a Pulitzer Prize for his book Angela’s Ashes, a tragicomic memoir of the misery and squalor of his childhood.

This Tudor-style building was formerly known as the Leamy School, the former school of Frank and his brother Malachy. The museum has a large selection of Angela’s Ashes memorabilia and has recreated the McCourt home as described in the book using period pieces and props from Angela’s Ashes motion picture.

Hearing about the impending closure of Frank McCourt Museum. Another sign the city’s culture is slowly being eroded. Filmed there many a time for broadcast, as well as sending students to film their projects there. Cant it be saved? @LimerickArts @LimerickToday @LimerickCouncil

The closing news was posted on their social media page yesterday and already received thousands of messages, most saying that this is sad news and expressing gratitude for what Una did for the museum.

“We all very proud of what Una achieved I am so sad and everyone who stood behind Una to support the museum. All the very best to you all in everything going forward” the post read while reminding visitors that “our doors will be open for another month to welcome our final visitors.”

The attraction was critically acclaimed, ranking number two of museums to visit in Limerick and number six of things to do in Limerick City on TripAdvisor.

It offered walking tours of Limerick inspired by McCourt’s upbringing, which was brought to international prominence with the seminal novel Angela’s Ashes and the 1999 Alan Parker film.

At the entrance to the museum, the visitor passes a bronze bust on a plinth of the late Dr Frank McCourt. Wall murals depict the young Frank in uniform cycling to work.

A collection of memorabilia is seen in display cases. Items, such as school books of the period and old photos, were all donated by former pupils of Leamy School.

I am incredibly saddened to hear of the impending closure of @fmccourtmuseum. This is due to inability to fund staffing and bills. I guess there are a loads of spaces for culture out in the suburbs though according to our @FineGael mayor ?‍♀️ pic.twitter.com/mt0c8DjZbG