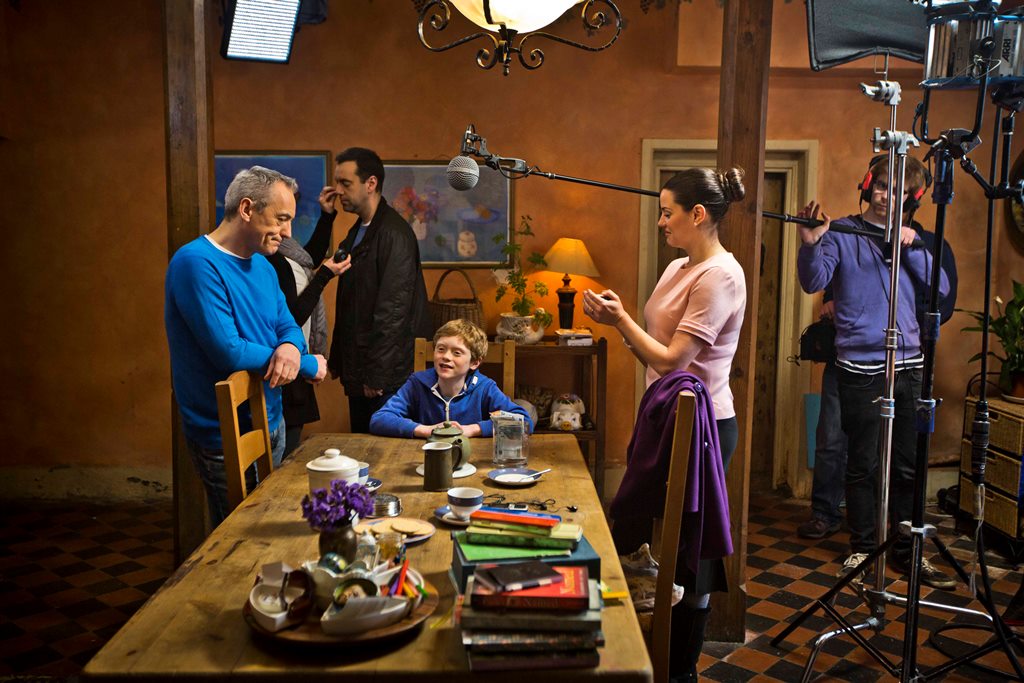 Pictured Above: On set at Lost and Found. Picture by: Ken Coleman. 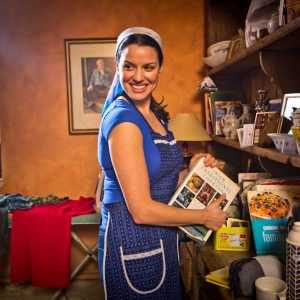 The filming for Limerick short movie Lost and Found began on March 19, and finished last Monday. Liam O’Neill’s movie tells the story of 10-year-old Charlie, who’s heart is in the right place as he thinks he’s found a way to help his grieving and struggling mother after the death of his father, with a get-rich scheme of petnapping local animals and claiming the rewards when he returns them, but things don’t run as smoothly as he had hoped.

Produced by Paradox Pictures, the City of Culture and Behind the Scenes funded the short film with €15,000 through the Film Limerick programme. The 10-minute film was shot in Castleconnell and at Thornfield House in Lisnagry.

The movie features Irish actress, television host, writer and animals rights activist Caroline Morahan, and young theatre, film and TV actor Lee O’Donoghue from Dublin, as the protagonists of the movie, Kathleen and her son Charlie.

The film also has an impressive array of people behind the scenes. Oscar-nominated Patrick Jordan of short film Pentecost is the director of photography, and Magda Puzmujzniak produced the movie. The film was written and directed by Liam O’Neill, who has a very impressive reputation as a director, screenwriter and producer.

Speaking about his film, Liam said “Lost and Found is intended as a story about loss, growing up and moving on.” His hopes for the film are to “touch audiences here in Ireland and abroad.”

As the film is only 10 minutes long, director Liam O’Neill explains, “A lot to cover in 10 minutes I agree. However, as the story is structured in short and impactful scenes we will take the audience on the journey that the boy, the central character in the story, undertakes.” 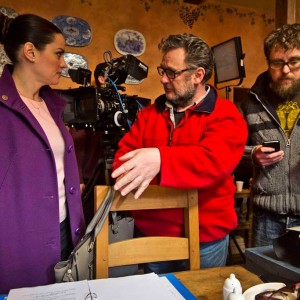 On set at Lost and Found. Picture by: Ken Coleman.

Lost and Found is a winner of the competitive Film Limerick Scheme, and with another short film project, Cashell Horgan’s The Clock Maker’s Doll, it was selected from 131 unsuccessful applicants. The film is supported by Limerick Animal Welfare and Maxi Zoo Ireland.

In 2014, Limerick celebrated  its year as National City of Culture, and was the first City of Culture. Film Limerick project manager Ronan Cassidy said with the city’s cultural aspects emphasised last year, it has “greatly increased awareness of the resources available to film makers” in Limerick.

Ronan hopes that “The massive interest in the project will further the aim of Limerick city becoming a film production hub and a major source of employment in the region.

“I am looking forward to seeing the national and international reactions to the locations we have used in county Limerick for the filming of Lost and Found. I would also like to thank the Lost and Found team for their hard work and dedication over the last few months.”

For more information on Lost and Found, you can find them on Facebook here, and on Twitter here.