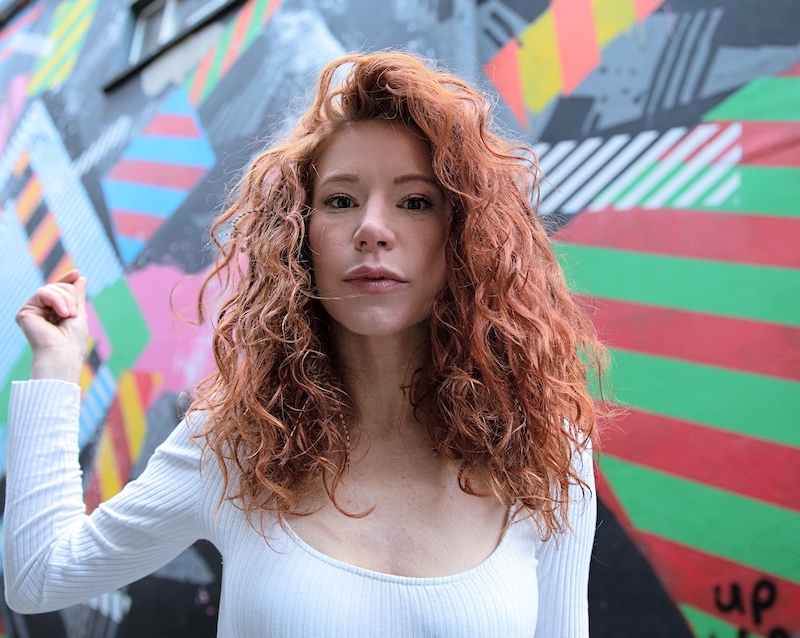 Limerick singer songwriter JaYne – Her new EP ‘Pass the Test’ is a collaboration with composer/producer Danny Lanham and is due for release in 2022.

Limerick singer JaYne returns after a spell of creative hibernation

Limerick singer JaYne returns after a spell of creative hibernation with the shimmering, summertime earworm Sucker.

Her first official release since a sublime rendition of the Tears For Fears classic ‘Everybody Wants To Rule The World’ in 2021.

Sucker platforms a welcome return for the singer as we are treated to a showcase of JaYne’s signature smoky vocal, which oozes charisma, amidst echoes of 90s R&B paired with 808’s

Jayne’s love of jazz and soul reverberates through her songs as she delivers the first track from her forthcoming EP. Pass The Test (Release Date TBC)

This track is a great demonstration of the power of collaboration with writer/producer Danny Lanham and singer/songwriter Abby Butler, lending their collective songwriting skills. Additional breaks and beats are supplied by artist/producer 40hurtz and mixed by Ben Wanders.

“I’m a sunshine girl! I love the summer despite my pasty complexion and I just wanted to write something light and upbeat, in the middle of winter it was nice to create the fantasy”

JaYne is an Irish songstress based in Limerick on Ireland’s West Coast. Her love of jazz and soul music shine through her melodies and vocal style.

Her quick wit and raw lyric are indicative of the city from which she hails as she takes no prisoners in her tales of lost love, one night stands and her struggles to keep her “party girl” side in check.

Growing up in a musical household with her dad who is also a musician, JaYne spent her early years listening to Steely Dan, Queen and Michael Jackson. When she left school she trained as a professional dancer but soon decided that singing was her true path. Joining her first band at 18yrs ‘The Riverside Jazz & Swing Band’ a 15pc big band.

The aspiring performer became versed in the jazz standards and soon fell in love with the genre, shortly after moving to London to learn her craft and write her own songs.

Receiving her BA in Songwriting from the Institute of Contemporary Music Performance – London, the artist went on to work as a songwriter, co-writing ‘Girl On Your T.V’ with alt-pop artist twst. as well as releasing a number of EDM tracks on major labels including Sony U.S.A, Elixr, Thrive and Viper Recordings.

2021 saw JaYne begin to release as a solo artist having previously been front woman for urban jazz fusion band Eve’s Record Box. Her last single ‘The Coast’ went out in September on the same day as a performance for the Hotpress for the Y&E series and a performance at Sionna Festival.

Since moving back to Ireland JaYne has been busy writing and recording from her little studio space on Dry Lane in which there is a thriving creative community of artists and musicians. Most recently featured on the title track of Willzee’s new album ‘Kuti Gris’ with Strange Boy and Hazey Haze .