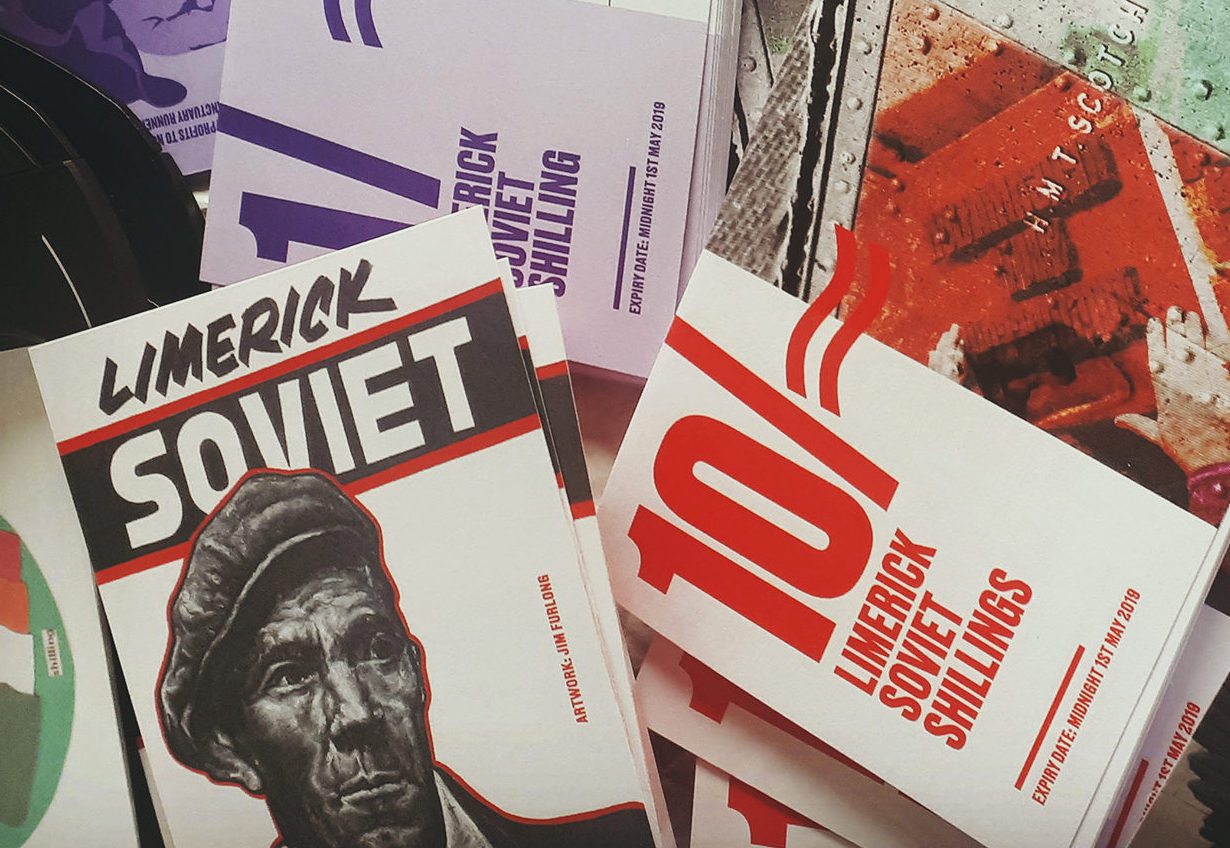 The old currency of the 1919 Limerick Soviet has been recreated by local artists/designers to mark the centenary.

As part of an art project to raise money for charity and to celebrate the centenary of the 1919 Limerick Soviet, artists within the city successfully recreated the currency used during the Soviet in the form of 1, 5 and 10 notes called ‘Soviet Shillings’.

The Soviet Shillings were in circulation within the economy of the city and accepted as real currency in various Limerick businesses across the month of April.

The Shillings were sold for €30 per package in various selling points within Limerick, such as at the Celtic Bookshop and the Commercial & Lucky Lane, with the Limerick Urban Co-op operating as the central repository for the sale of the Shilling ‘note’ vouchers.

The project was started back in March in the Limerick Urban Co-op by a group of artists and designers who wished to start a new project to coincide with the centenary of the Soviet, as well as create an act of solidarity and defiance against financial capitalism and its ravaging of everything from housing to healthcare.

6 artists/designers contributed original artworks that featured on the Shilling notes. Ciaran Nash, local artist and member of the group, said “My research and practice has long been focused on systems of value and exchange and concerned with alternative economics and currencies. So, last year when artist Fiona Wood invited me to collaborate with her on a long-term research project in Limerick city, working towards a public event/space to coincide with the centenary of the Limerick Soviet, I proposed the production of an alternative currency as a kind of re-enactment of the Soviet Shilling created by the striking workers in 1919.”

“I had been made aware of the Limerick Soviet several years ago and considered that the striking workers of Limerick produced their own currency, which could be considered the first modern Irish money, was a powerful act on the road to independence and an inspirational gesture of worker solidarity.”

The project has been a success for both the artists and businesses involved, who managed to sell many vouchers to eager customers. “To date, we have sold over half of the shillings that were distributed but the tally of transactions will not be known until we speak with the businesses tomorrow. As the scheme expires at midnight on Wednesday, May 1st, the notes will be sold as commemorative art objects.” Surplus from the project is to be split between NOVAS and the Limerick Sanctuary Runners charity.

People who are interested in the Limerick Soviet Shilling Project can find out more information by contacting [email protected].com or calling 087 777 4988.

For more information on the Limerick Soviet, click here