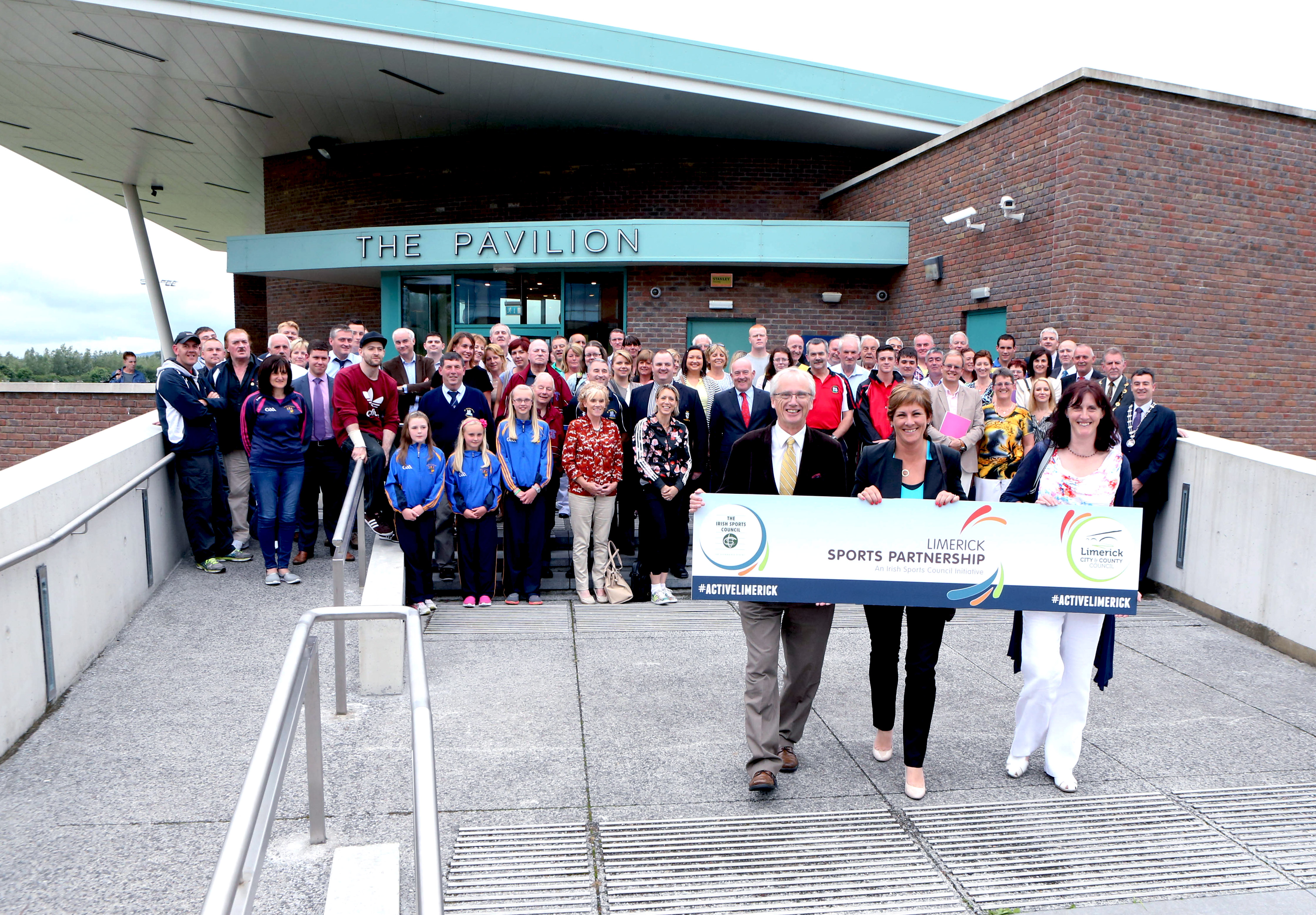 John Treacy, CEO of the Irish Sports Council, joined the Cathaoirleach of Limerick City and County Council, Cllr Kevin Sheahan at the University of Limerick Sport Pavilion for the launch of the Limerick Sports Partnership (LSP) on Thursday, July 10.

The LSP formally came into being earlier this year following the merging of the City and County Sports Partnerships in line with Local Government reform.

The launch event also featured presentations to 56 Limerick clubs who have been successful in applying for funding under the LSP’s Club/Community Links Grant Scheme.

Supported by Limerick City and County Council and the Irish Sports Council, the once-off €50,000 grant scheme will see funding being distributed to dozens of local clubs to further develop links with the community in which they are based.

Speaking ahead of his visit to UL, Mr. Treacy described the amalgamation of the Sports Partnerships as a “significant step towards developing a unified approach to increasing participation in sport in every community across Limerick”.

He added: “Limerick has a proud sporting reputation but it is essential that every effort is made to ensure all sections of society are provided with opportunities to engage in recreational activities and to participate in sport. The City and County Sports Partnerships have over the years helped to increase participation levels throughout Limerick, and I have no doubt that the pooling of their resources and expertise will deliver dividends for the people of Limerick in years to come.”

“This Scheme is one of the first major initiatives undertaken by the newly amalgamated LSP and we are delighted that John Treacy will be in Limerick to make the presentations. The purpose of this scheme is to encourage local sports clubs to develop links with schools and community groups and to jointly develop a programme or event that will help to attract members of the community to take part in sport and physical activity. This will not only help to improve the overall health of local communities but will also help to attract new members to participating sports clubs.”

Meanwhile, the LSP has also launched a new website to give the people of Limerick an online portal into sport and physical activity around the county.

“We would encourage people to visit www.limericksports.ie where they can learn more about the breadth and scale of activity ongoing throughout Limerick on a weekly basis,” concluded Mr. Macken.