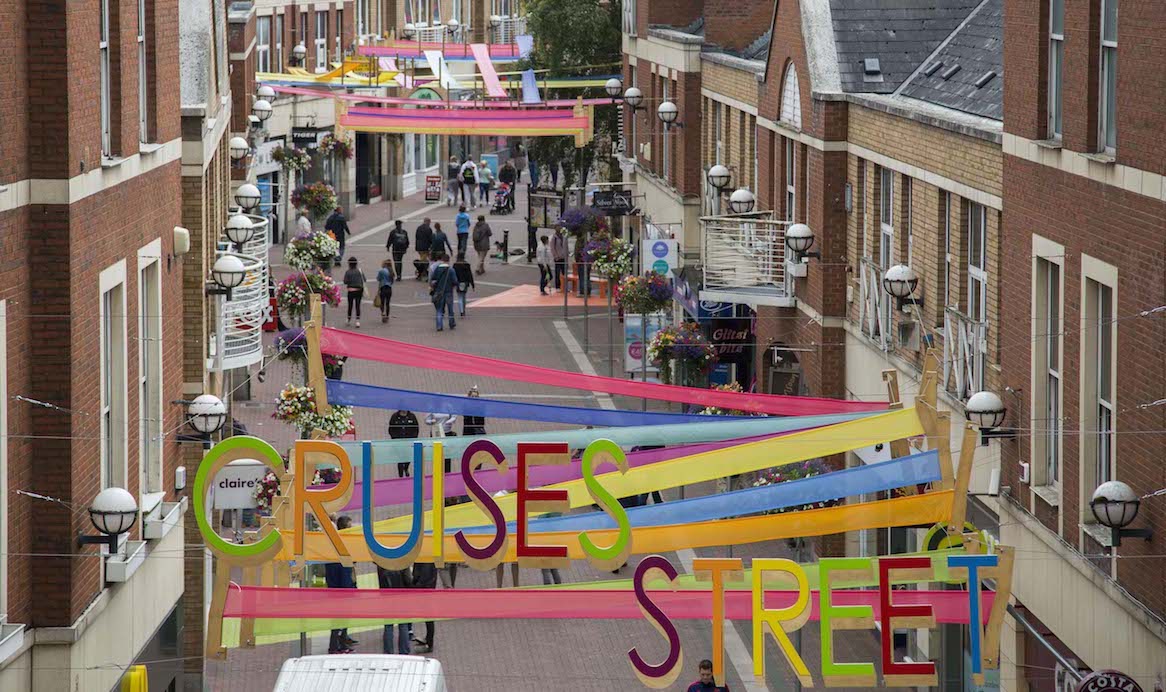 Limerick Students Guide on the Best of Limerick

Limerick Students Guide on the best of Limerick

Limerick city is one of Ireland’s most densely student populated cities, being home to three major higher education institutes, with a student population of over 21,000. There are plenty of things to do as a student in the beautiful city of Limerick, from impressive museums to exciting nightlife to scenic walks alongside the river.

There are numerous ways to get around the city. If you’re fed up of the usual getting around on foot, or jumping into a taxi or onto a bus, you can always see Limerick from the water. Limerick City Kayaking Tours and Get West are two excellent kayaking operators, that can show you the city from a completely different perspective! The city also has Coca-Cola Bikes service to offer, where you can get access to a self-service bike rental. With stations placed throughout the city and an annual subscription cost of just €10, these bikes are a useful method of transport through Limerick, as well as being very affordable.

Limerick has a very busy nightlife, attracting thousands of students each week to its many different pubs and nightclubs. It is home to one of Ireland’s best known live music venues, Dolans, which hosts gigs of a wide variety of music, as well as Irish traditional music each week. There are a diverse number of pubs and clubs throughout the city of Limerick. From the Library, a live music club, to Costello’s Tavern, known for its alternative style of music, to Angel Lane, a popular club especially amongst first years. For a casual drink, the Locke Bar is ideal on a summer’s day, or the Old Quarter for a delicious cocktail with a chill atmosphere.

Limerick isn’t just known for its brilliant nightlife, it’s also known for its wonderful food. For a meal made of a couple of courses, restaurants such as Marco Polo or Chocolat have lunchtime deals that are very useful if you fancy a filling meal on a budget. As well as restaurants, Limerick’s various cafes and street food are flavoursome and varied. The Stormy Teacup is a popular spot for a delicious hot drink and cake, while The Funky Doughnut is known for its delicious treats. Other local eateries that have plenty of tasty goods to offer are Canteen, Aroi, and The Buttery.

Limerick city is also a great spot for a bit of retail therapy. The Milk Market, one of the oldest markets in Ireland, takes place every Saturday. With a bustling atmosphere, the market is the perfect place to stroll around and take in all Limerick has to offer while enjoying a hot drink. Limerick’s main retail area is nestled in the very heart of the city and has a range of shops, from the high-end Brown Thomas to the high-street favourites such as Penneys, River Island and New Look. Chez Le Fab is the place to go to find some beautiful vintage pieces, while Lucky Lane on Catherine Street is an eclectic thrift shop that has second-hand clothes, up-cycled furniture, plants, arts and crafts. Just outside Limerick city, the biggest and most successful shopping centre outside of Dublin, called the Crescent, can be found. Along with this, there are plenty of other shopping complexes, such as the Parkway Shopping Centre and Retail Park, and the Jetland Shopping Centre, just to name a couple out of many shops available in the locality.

Limerick is, of course, renowned for sport. From the famous Thomond Park Stadium which is home to Munster’s rugby team to the Gaelic Grounds, the principal GAA stadium and home to Limerick hurling and football teams, there is no end to the sporting interest in the area. Limerick FC soccer team has returned home to its spiritual home in the Markets Field and just returned to top flight football. Limerick Racecourse is also popular amongst the student population, especially when they host the Student Race Days each year. The UL Sports Arena has fantastic sporting facilities for all to use, such as their extensive gym or Olympic size swimming pool. On the outskirts of the city, in Rathbane, there is a public golf course, with green fees starting from 10 which makes it difficult to beat!

For all those adrenaline junkies out there, Limerick also has plenty to offer to you. Winner of the European Sports Tourism Venue of the Year 2015, Ballyhoura Mountain Bike Park has one of the largest trail networks of its kind in Ireland, with 98kms of trails suitable for both professionals and beginners. You can also bring your own bike or just hire one there. For those who prefer four wheels, Limerick has several karting options, such as the National Karting Centre in Corbally, Delta Karting and Kilcornan Karting. The Basecamp Adventure Park in Shanagolden is also great for an action-packed day, with a variety of outdoor activities to offer, including paintball, forest archery, splatball and bushcraft. There is also Kilfinane which has an outdoor education centre, while UL’s Sports Adventure Centre offers high-quality adventure based programmes.

There are many sights to admire around Limerick city. King John’s Castle is the ideal place to go for anyone interested in history, or for those who want a spectacular view of the River Shannon from the top of the building. The Hunt Museum exhibits one of Ireland’s greatest private collections of art and antiquities, dating from the Neolithic period up until the 20th century. There’s also free entry on a Sunday! Thomond Park Rugby Museum is an impressive museum showcasing the proud history and heritage of Munster Rugby, featuring displays such as the 2006 Heineken Cup trophy. There are also a variety of venues throughout the city which all host different events, such as The Limetree Theatre, the Belltable Arts Theatre, University Concert Hall and Millennium Theatre. For all you film fanatics, there are plenty of cinemas in the city that have student deals to offer during the week.

Finally, it’s not just Limerick city that has plenty to offer. Taking a short trip outside of the heart of the city to the more rural areas will give you plenty to explore, such as the magnificent 774 acre Curraghchase Forest Park and House or the beautiful Clare Glens and Glenstal Abbey near Murroe.

All in all, it’s fair to say that the city of Limerick is the perfect place for anyone to enjoy their college experience. With the many diverse attractions, it has to offer, there’s something for everyone to enjoy!

For more on the Limerick Students Guide click here

To keep up to date with everything in Limerick click here