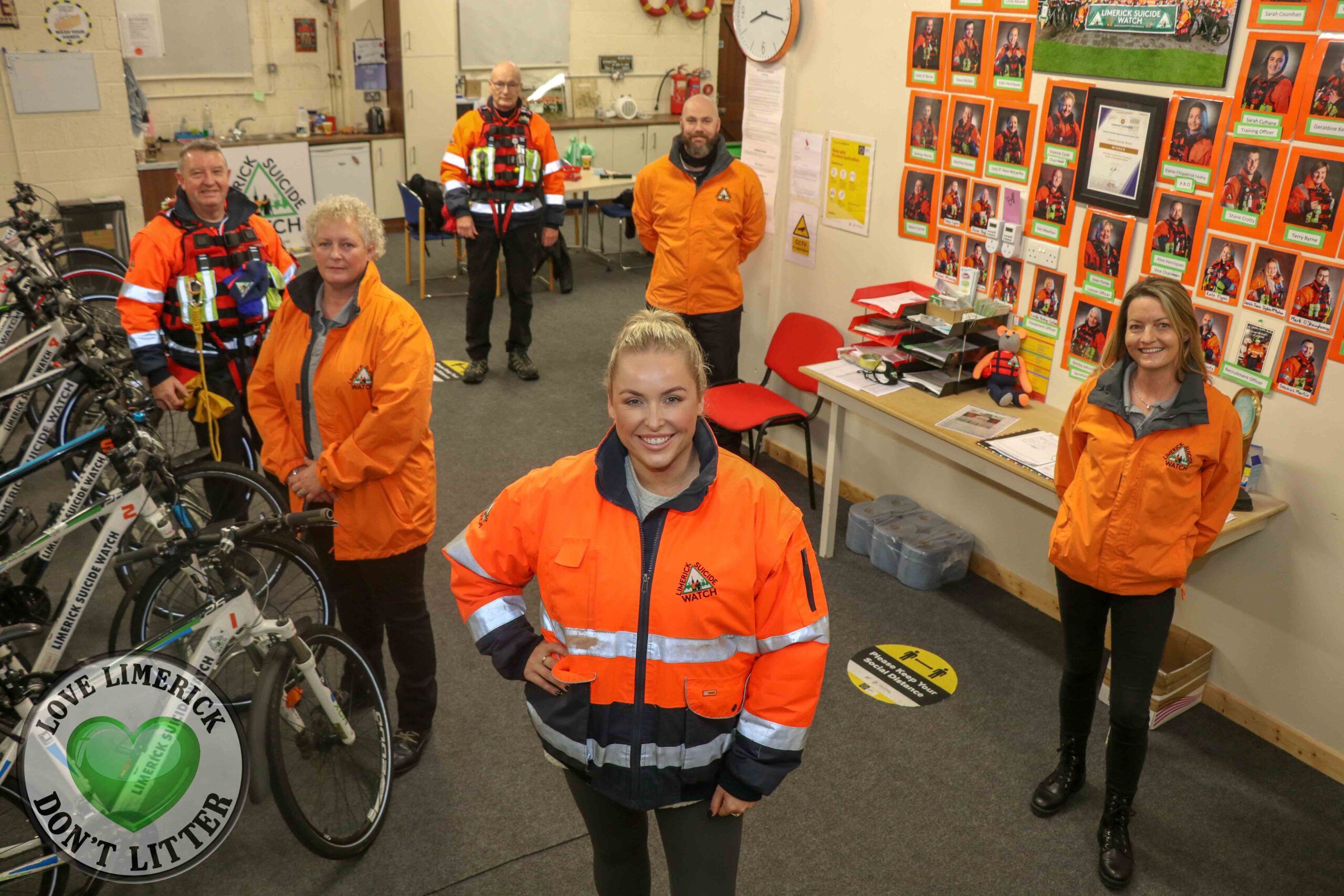 Limerick influencer Sinead O’ Brien or ‘Sinead’s Curvy Style’ as she is known on social media, has been announced as a new ambassador for Limerick Suicide Watch.

Speaking from the Limerick Suicide Watch base on Dominic Street, Sinead told I Love Limerick why she has stepped up to the challenge.

“It is a huge honour to be asked because Limerick Suicide Watch is such an important cause. The main reason I am doing this is to try and help these incredible people raise awareness for what they do as much as I can on my profile and to let people know that there is so much help out there, as suicide is quite close to my own heart,” said Sinead.

“The team need a lot of funding, and I have done a good bit of fundraising for them in the past. I just completed the Limerick Mini Marathon, raising nearly €1,500 for Limerick Suicide Watch. The equipment they use does not grow on trees, so anything I can do to help, I will.”

With over 80,000 followers on Instagram, Sinead’s new role will hugely benefit Limerick Suicide Watch by spreading awareness about mental health and suicide prevention to a large audience. The social media star regularly uses her platform to promote Limerick charities and fundraisers.

A professional soprano, model and stylist, Sinead aims to promote body positivity throughout Ireland. She recently launched her own shapewear brand, ‘Vacious by Sinead’. The label takes its name from an abbreviation of ‘value all curves, inspire our unique self’.

Limerick Suicide Watch PRO, Elaine Leahy, welcomed Sinead to the team, saying, “We are absolutely delighted to have Sinead on board as one of our new ambassadors. Sinead has been a great support to Limerick Suicide Watch over the years, so to have her on board to help raise and spread more awareness around mental health and suicide prevention is a great step forward in reaching out and helping people to see that help is out there”.

“Sinead’s platform, with her infectious warmth and caring personality, is a testimony to the bond between her and her followers, and to have that influence in spreading awareness for Limerick Suicide Watch is absolutely fantastic.”

A registered charity, Limerick Suicide Watch is made up of a team of volunteers who patrol the Shannon River in the heart of Limerick City, providing support and assistance to those in distress or who may be contemplating suicide. The group also operate a community outreach programme, promoting positive mental health and conversation around suicide in schools, colleges, places of work and local communities.

Limerick Suicide Watch are eager to thank Richard Lynch of I Love Limerick for broadcasting the news of Sinead’s role on social media, and for his continued support.

“I would like to thank Richard for his time and kind words. He is always there to help us spread awareness, a true gent and a great advocate for creating awareness around mental health and well being,” said Elaine Leahy.